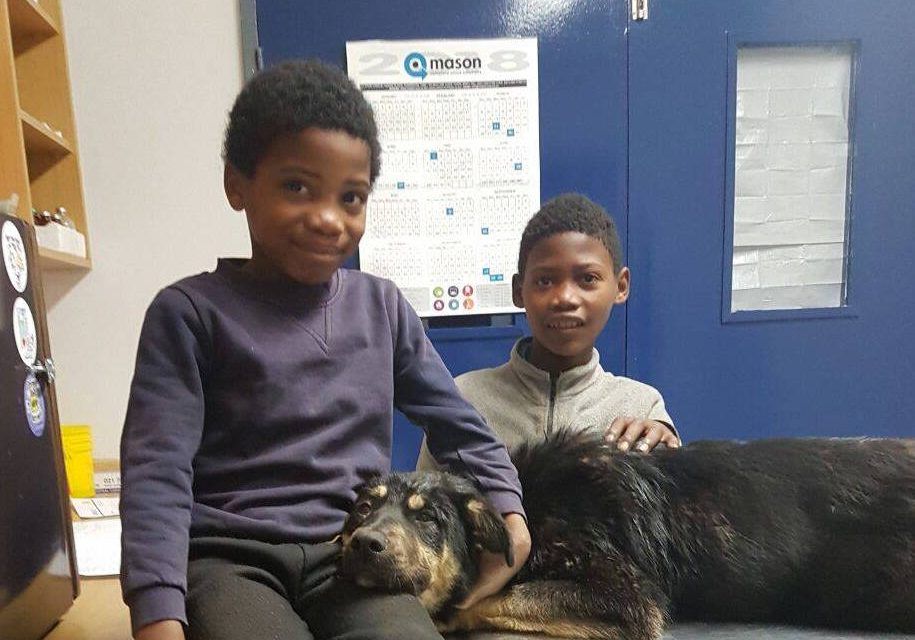 Two compassionate young boys from Cape Town, South Africa walked for miles in bare feet to save the life of their neighbor’s beloved dog, giving up the money they had saved to buy new shoes in order to get medical treatment for the seriously ill canine.

Peter Cedras, aged 14, and his little brother Gerry, aged 8, live with their family in a tiny, basic farmhouse in a village called Phillipi. There is no electricity or running water, and the few belongings the family had were lost when a fallen candle caused a fire in their tiny home a few weeks ago.

The boys consider their one-year-old dog “Meisie” to be part of the family, so when she stopped eating, they knew that she was very ill and quickly decided to take action to help her.

The pair headed to the Animal Welfare Society of South Africa (AWS), many miles away across rough terrain, carrying the ill dog the entire way. Younger brother Gerry made the journey barefoot, having lost his only pair of shoes in the house fire. Big brother Peter had saved 7 rand to buy Gerry new shoes, but they both decided that it was more important to spend the money on saving Meisie’s life.

It turns out Meisie is very lucky that the boys took action so quickly – she was diagnosed with tick bite fever, an ailment that can cause death if not treated in time.

The veterinarians at AWS gave the critically ill dog a blood transfusion, put her on a drip and gave her life-saving medication. Several days later, AWS posted on their Facebook page that Maisie was recovering well. 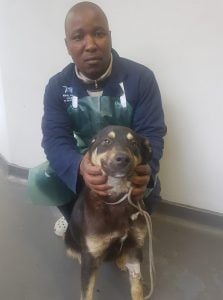 The team at AWS were stunned by the boys’ dedication to their beloved dog. So much so that they returned the money to the family and gifted a pair of shoes to Gerry from their Charity Shop.

“We hope that their devotion, compassion and initiative inspires other pet owners to take good care of their pets, to be alert to when their pets appear unwell and very importantly to treat their pets for ticks and fleas and to never hesitate to seek professional veterinary advise and care,” said AWS in a Facebook post.

Once this story was made public, donations of clothing and food poured in for the destitute family, which were delivered by AWS a few days later.