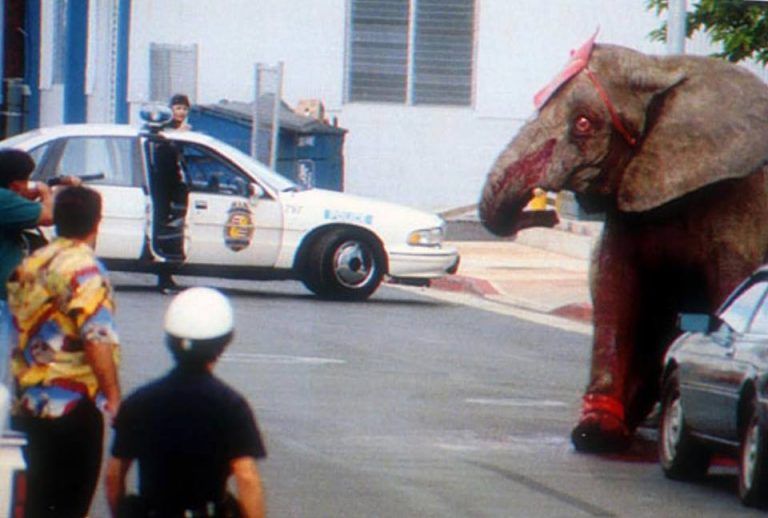 Huge progress is happening in the U.S. as Hawaii just became the second state to ban exotic animals in the circus.

The only other state with a complete ban on exotic animal acts is New Jersey, while Illinois and New York forbid the use of elephants in performances. More than 135 towns and cities across the U.S. have passed legislation to address circus cruelty, while the states of Rhode Island and California have banned the use of bullhooks to control performing animals.

This circus ban has been a hot-button issue in the state of Hawaii ever since the tragic death of Tyke the elephant nearly 25 years ago. Tyke was a wild-born African elephant captured from the wild in Mozambique when just a baby. She was sold into the circus industry in the U.S. and for twenty years abused and exploited. Tyke was tortured during this time, forced to wear a degrading clown costume and dance for the audience, and even forced to ride a giant tricycle.

In August 1994, Tyke spent several days locked in the hull of a tanker ship on a long ocean journey from California to Hawaii. When they finally let her out she was immediately forced into performing in from of an audience. Unable to take the abuse any longer, she snapped and killed her trainer by stomping on him repeatedly. She also seriously injured her groomer, then busted through a chained metal gate and ran out onto the street. 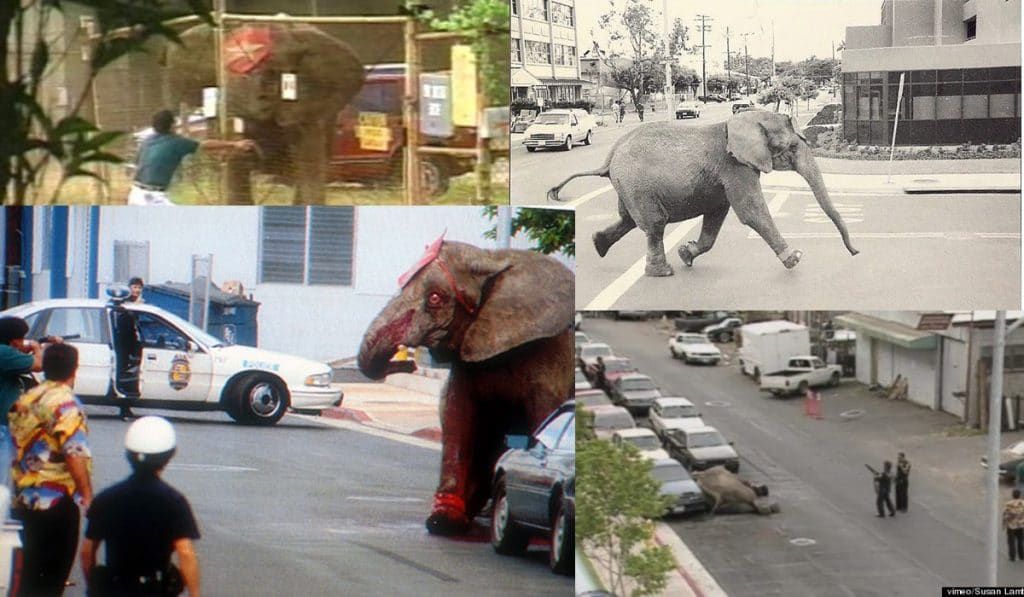 The tragic death of Tyke the elephant.

Tyke ran for her life through the streets of Hawaii for over half an hour. Unable to calm the elephant, local police eventually opened fire and shot her over 80 times before she finally fell to the ground. She then lay in a pool of blood on the streets of Hawaii for over two hours, until she finally bled to death. The state of Hawaii then vowed to completely ban the use of exotic animals in circuses, and now decades later they finally followed through on that promise.

As tragic as Tyke’s story is, there are still hundreds of animals suffering in the circus industry across the United States, and we need all other states to step up and speak out for them. If you ever hear of a proposed circus ban in your city, county, or state, please contact your elected officials and urge them to sign the ban into law.

We would like to extend our gratitude to Hawaii’s governor David Ige for signing this historic circus ban legislation. Now the beautiful state of Hawaii can truly a be a paradise for both people and animals!