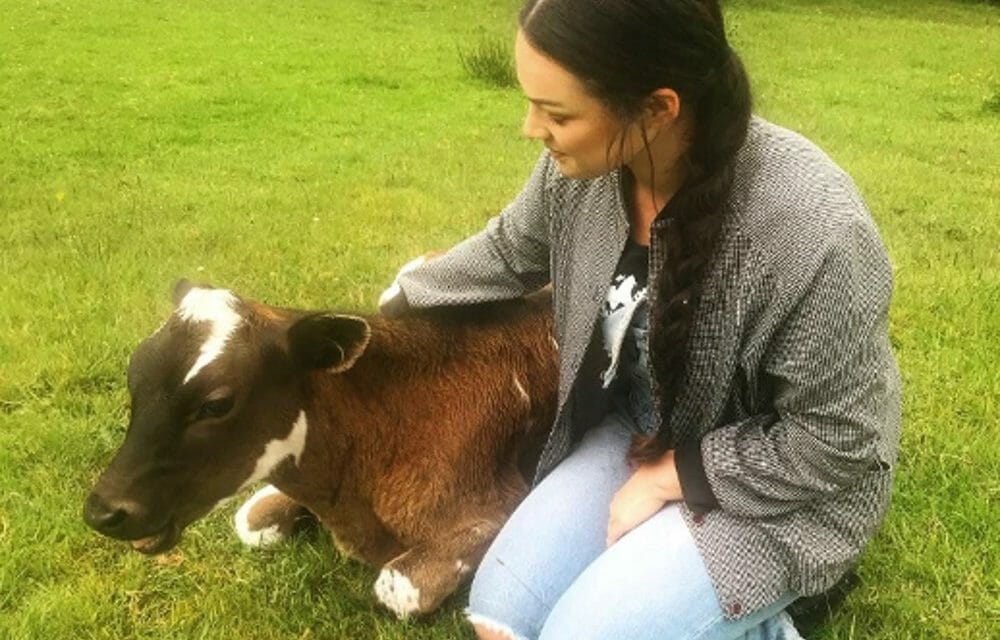 Editorial Note: This is a special guest column written  by Tara Jackson, the executive director of the New Zealand Anti-Vivisection Society (NZAVS), a charity working to defend animals used in science.

It’s common knowledge that animals are farmed for food and clothing. However, what I think will shock a lot of people, particularly Kiwis [New Zealanders], is finding out that there is a large number of animals used in animal experiments to bolster and sustain the animal agriculture industry in New Zealand.

Cows, goats, pigs, sheep, fish, and other animals are used in gruesome experiments aimed at trying to increase the profits of animal agriculture and to prolong the life of this industry — including experiments to increase profitability in production and research aimed at improving the industry’s image on issues like the environment.

In New Zealand, cows are the most commonly used animal for science, with more than 80,000 of these animals used in 2019, according to a Ministry for Primary Industries (MPI) report  — a heart-breaking fact for anyone who loves these gentle giants.

To give you an idea of exactly what these experiments look like, here are just a few NZ-based experiments we have discovered:

This is just the tip of the iceberg in New Zealand.

Most animals used in science are used in farms, so the ways in which they are experimented on is incredibly vast. The Ministry for Primary Industries (MPI) openly acknowledged this connection in their latest animal usage report, in which they stated that, “In general, the majority of animals used for RTT [Research, Testing, and Teaching] in New Zealand are agricultural animals. This was the case again in 2019, with nearly 50 percent of the total of 315, 574 animals reported to MPI being farm animals.”

Imagine strolling down the meat aisle in your supermarket and seeing, “This product has been tested on animals” plastered all over the frozen chickens or slices of ham. How would Kiwis react to the realization that by purchasing their lunch or dinner, they could be supporting animal experiments?

As the Executive Director of NZAVS, I believe that it’s vital for people to know about this dark connection so that they can make informed decisions as consumers and, more importantly, so they can use their purchasing power to help end cruel animal experimentation.

This news will be hard for many people to stomach, and the idea of going vegan can seem daunting to some. However, with knowledge comes power, and the power to change the future for animals who are so wrongly used in the name of science.

By not buying animal products, vegans are helping decrease the demand for cruel animal experiments. If we didn’t eat animals, then the “need” wouldn’t exist for experiments aimed at making farmed animals as profitable as possible.

It really is that simple.

As a shameless, happy, and healthy vegan, I highly recommend giving the lifestyle a try. Many resources exist that can help you eat a more plant-based diet in New Zealand, including A Guide to Vegan — a resource I’ve proudly created in my spare time to help people make the transition.

I’ll continue decreasing the demand for these types of animal experiments, one vegan burger at a time. I hope you and your taste buds will join me!

Find out more about the link between animal agriculture and animal experimentation in New Zealand here.

You can also take action against animal experimentation and harmful use of animals in science by signing the NZAVS petition here.