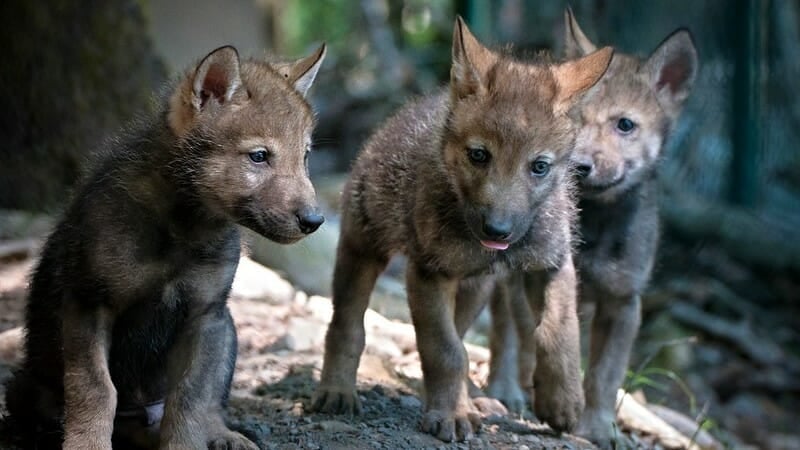 A litter of gray wolf pups has been spotted in Colorado for the first time in roughly 80 years, state wildlife officials reported earlier this month.

Staff members, including a Colorado Parks and Wildlife (CPW) biologist and district wildlife manager, observed at least three gray wolf pups between June 4 and June 8, according to a statement from Colorado Gov. Jared Polis.

But there may be more pups, as a typical litter consists of four to six babies.

“Colorado is now home to our first litter since the 1940s,” Polis said. “We welcome this historic den and the new wolf family to Colorado.”

Observed from a safe distance of at least two miles away, the litter belongs to two monitored gray wolves known as M2101 “John” and F1084 “Jane.” Ensuring the family’s well-being is a top priority, and biologists are working with private landowners to reduce the potential for conflict.

“We are continuing to actively monitor this den site while exercising extreme caution so as not to inadvertently jeopardize the potential survival of these pups,” said CPW Wildlife Biologist Libbie Miller. “Our hope is that we will eventually have photos to document this momentous occasion in Colorado’s incredible and diverse wildlife history, but not bothering them remains a paramount concern.”

Staff members’ sightings of the pups may increase as the youngsters grow and spend more time outside their den.

“It’s incredible that these two adult animals have traveled the distance and overcome the challenges they have to get here, and to now have pups in Colorado,” said CPW Area Wildlife Manager Kris Middledorf. “It’s our priority to ensure that they have the chance to thrive, so even as we have exciting news, we want to remind everyone that these animals remain endangered in Colorado.”

The welcomed birth of gray wolf pups is an encouraging sign during attacks on U.S. wolf populations nationwide. Gray wolves were de-listed from the federal Endangered Species Act in 2020, removing critical protections afforded to all listed animals.

If you haven’t already, sign our petition asking that gray wolves be re-listed under the Endangered Species Act to prevent massive slaughters that could take them right back to the brink of extinction.