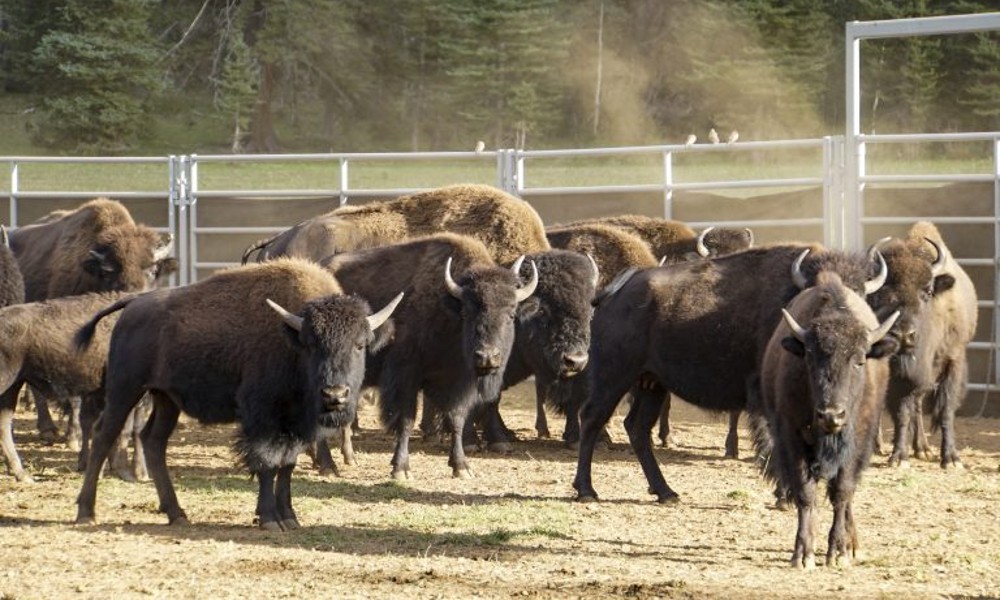 About 200 buffalo are estimated to roam the vast Kaibab Plateau. The iconic animals are protected within the national park’s boundaries, where hunting isn’t permitted.

But last year, the park service announced that 10 hunters, selected through a lottery system, would be permitted to shoot at the buffalo, claiming they were damaging meadow and archeological sites near the Canyon’s North Rim. In reality, the animals were just trying to live their lives as best they could.

Officials had hoped the gunfire would scare the animals into the nearby forest, where they can be legally shot. But the intelligent animals quickly discovered the fatal plot and roamed right back into the park for refuge, the park’s wildlife program manager told news teams.

The park is now considering a different plan for the long-term management of buffalo in the area — which we hope will prioritize relocation, including to tribal nations whose cultures respect and revere the buffalo and are trying to re-establish their herds.

The Modoc Nation, in Oklahoma, is one such sovereign body that has accepted more than a dozen relocated buffalo in the past.

“It’s great for us, it’s great for our heritage, and they’re beautiful animals,” Charlie Cheek, assistant to tribal Chief Bill Follis, told ABC News. “We enjoy working with them, and they’re good for our tribe.”