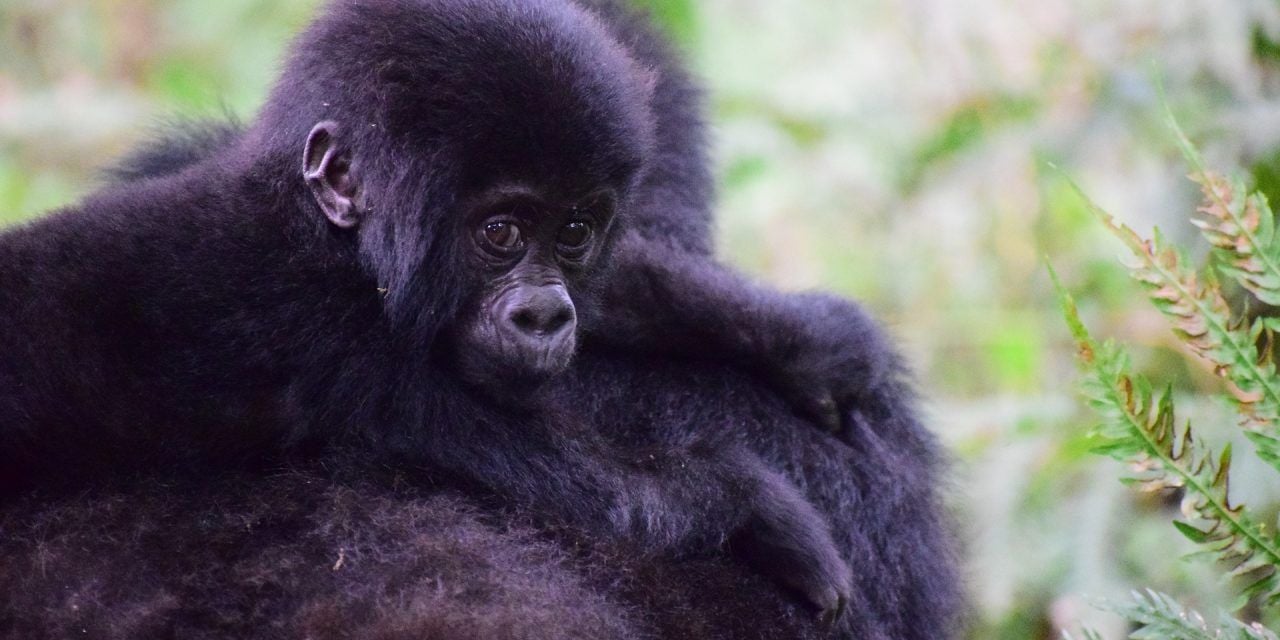 Picture of mountain gorillas in Uganda by markjordahl via Pixabay, CC0.

A new survey of the critically endangered mountain gorillas conducted in the Virunga Massif, a mountain range that passes through the Democratic Republic of the Congo, Rwanda, and Uganda, showed their numbers have increased about 25 percent since the last census in 2010. Then, there were only 480 gorillas but the most recent survey, conducted between 2015 and 2016, counted 604 gorillas.

When including the gorilla’s only other habitat in the Bwindi Impenetrable National Park, Uganda, there are now 1,004 mountain gorillas in total.

Although it might not sound like much, this is a big win for conservation efforts. In 2008, there were only about 300 adults left across both the Bwindi and Virunga Mountain habitats.

Alison Mollon, Director of Operations for Africa at Fauna & Flora International (FFI), praised her organization’s role in this turnaround, saying “Since FFI first began working to protect mountain gorillas in the 1970s, we have seen a remarkable transformation in the fortunes of this great ape, which at that time was on the very precipice of extinction.”

The conservations efforts have been wide-ranging, numerous, and required the participation of many stakeholders. Some of the strategies to protect the mountain gorilla included regulating tourism to the area, veterinary interventions, NGO collaboration, law enforcement of protections, and the active park rangers who monitored the park daily to remove traps and prevent poaching, just to name a few.

The parks’ managers have been especially instrumental in implementing conservation plans. The Director of Virunga National Park, Prince Emmanuel de Merode, and the head of the park’s Air Wing to monitor the park aerially and quickly get to areas that are difficult to reach on foot, Anthony Caere, are hailed for their environmental work preserving the mountain gorilla and its habitat.

“When I first visited the mountain gorillas in 1979, the situation was dire; the number of these remarkable animals was dreadfully small,” the vice president of FFI and a WWF ambassador Sir David Attenborough commented. “It is incredibly heartening therefore to see how the efforts of so many different groups – communities, governments, NGOs – have paid off. The threats to mountain gorillas haven’t disappeared entirely, of course, so now the challenge must be to ensure that these achievements are sustained long into the future.”

To count the gorilla population, 12 teams walked a planned path through the Virguna Massif. The teams made two sweeps, once from October to December 2015 and again from March to May 2016. During their walks, the teams looked for signs of gorillas, illegal activities, and signs of other mammals such as elephants. When a team found droppings or other signs of gorillas, they tracked them. They found three recent nest sites, where they took samples to see how many different gorillas inhabited the nests.

Although the survey took place 2 years ago, the Democratic Republic of the Congo, Rwanda, and Uganda didn’t release the results until June of 2018 to give researchers time to analyze the genetic samples.

Conservation efforts must continue to protect the mountain gorilla

“This is fabulous news for mountain gorillas and shows what we can do for wildlife when NGOs, governments and their communities work together,” Margaret Kinnaird, the Wildlife Practice Leader for WWF said, warning that despite the success, “the high number of snares encountered and the numerous other threats they face including climate change indicate that the battle is far from won.”

To continue this progress and increase the gorilla species further, Kinnaird advised that “The three gorilla range countries and their partners must continue to work together to safeguard the Virunga Massif  – not only for the protection of these incredible creatures but also for the welfare of the local people with whom they share the landscape. The mountain gorilla story can be a model for how to restore and maintain our earth’s precious biodiversity.”