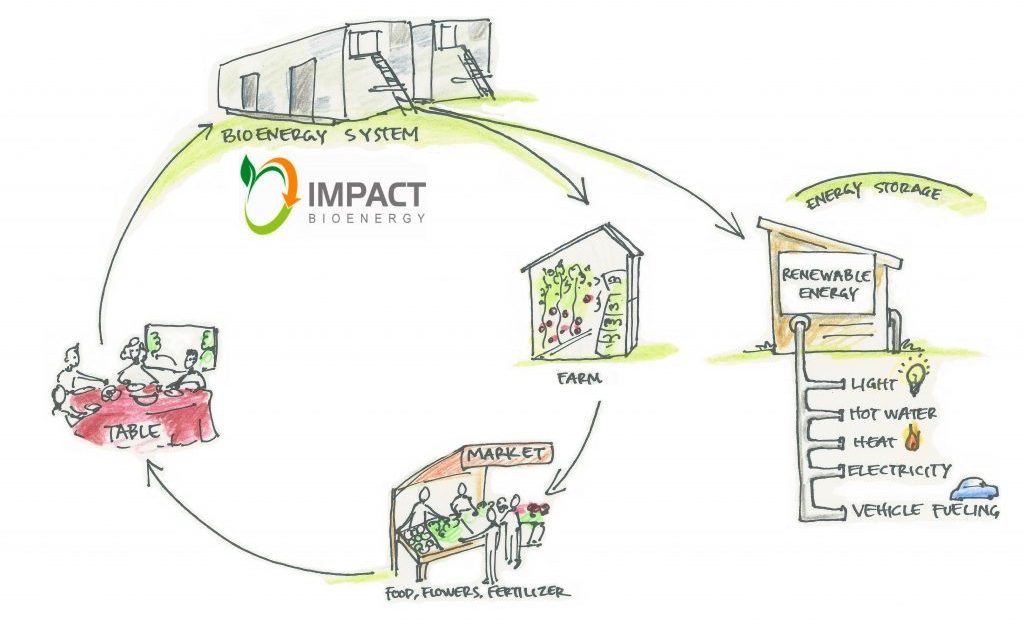 This just might be a game changer. A Seattle-based company founded in 2013 is making raw power from food scraps and trash bits (with a side of liquid organic matter, pellets, fertilizer or compost).

Impact Energy was formed with a mission to “construct and deliver the best bio-conversion technologies and services available, which will empower communities by making renewable energy and soil products locally through organic materials recycling.”

Translation- they build fully-contained waste to energy machines. They call them H.O.R.S.E.s for short (High Solids Organic-Waste Recycling Systems with electrical output) and the process works like this: Pick up food waste from restaurants and breweries on an electric tricycle. Bring it back to the H.O.R.S.E and dump the it down the food waste shoot. Smash it all up in a grinder. Then push it down below to mixing pumps that circulate the food and microbes together. Finally it is “digested” for thirty days.

The microbes naturally make renewable natural gas. The gas is converted to electricity.

And whamo! Electricity to power anything from toaster ovens to electric cars!

The real genius of this invention is its affordability and simplicity. It has the potential to democratize energy. There are large-scale versions of digestors, but they run anywhere from $5 to $50 million. Impact Energy’s featured system runs for only $74,500. Impact Energy’s systems could start a system-wide shift from a system of trucking waste to far-off landfills and incinerators to one that is zero-waste and is actually generating energy and supporting the community that produced the waste.

As we’ve written in Lady Freethinker before, there is quite a bit of food waste. Thankfully, there are many organizations coming from different angles to address it. This recent innovation provides yet another example of how socially and ecologically minded people are leading the way toward a more thoughtful and intentional way of living on this planet. 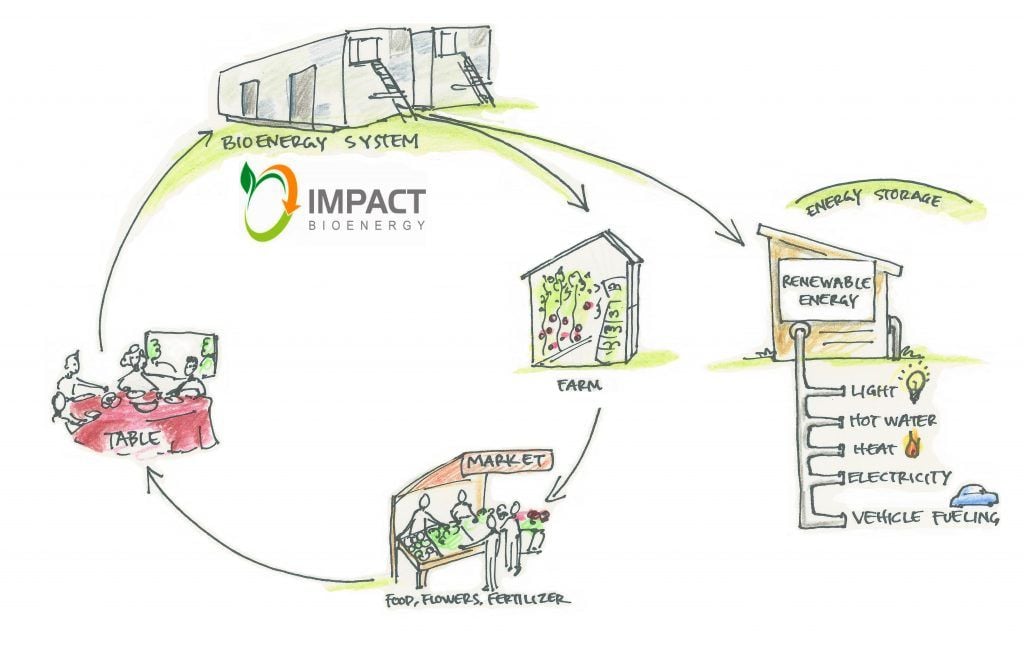