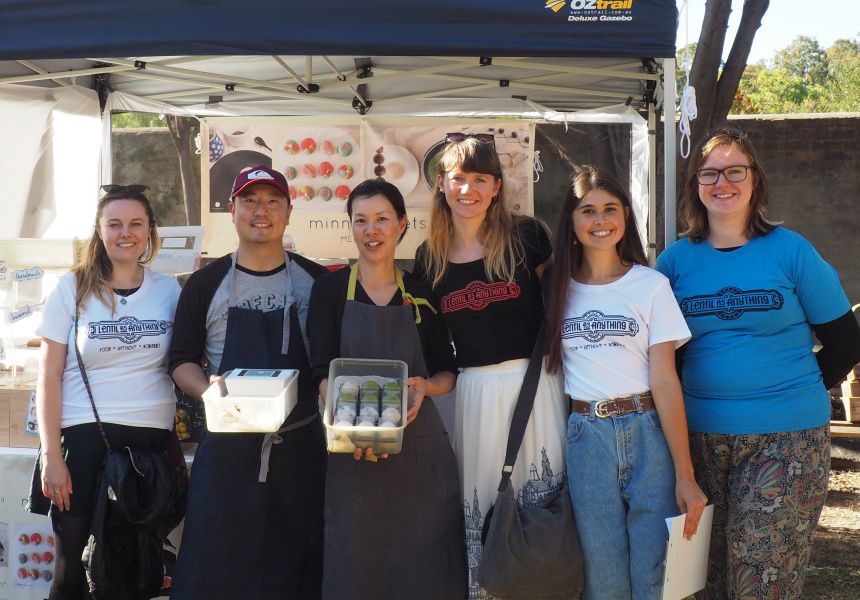 Source: Lentil As Anything

In what can only be properly described as wicked cool, a nonprofit in Australia has announced plans to open a new supermarket that rescues food otherwise set to be tossed or disposed of and utilizes a pay-as-you-feel approach to distribute it.

Lentil As Anything has four restaurants and runs several socially-minded programs in Australia. They are guided by the philosophy that everyone deserves a place at the table. They do not charge for meals at their eateries, but rather welcome everyone and encourage people to pay what they can. They also work in the community to provide volunteer training and employment opportunities.

Lentil As Anything already operates a program they call “Food Without Borders” that coordinates with businesses to rescue food and prepare meals for people in need, but now they are taking it a step further. They are opening a grocery store in Melbourne, completely stocked by food that would be wasted otherwise and it will also use their pay-what you-can philosophy (the model is similar to another store that opened in Sydney in 2017).

This is super excellent, because food waste is a massive problem. The United Nations estimates that up to one third of all food is spoiled or squandered before it is consumed by people. And the UN reported last year that number of hungry people was up for the first time in a decade. In Australia, it is estimated that consumers waste 20% of food they purchase and four million tons of totally edible food ends up in landfills every year.

According to Lentil As Anything Project Coordinator Astrid Ryan, “For people passionate about the environment and reducing food waste, shopping at The Inconvenience Store will be an act of social activism. Every food item taken home is one less methane producing addition to landfill, and every dollar contributed will directly fund a community-based, volunteer-run food rescue charity. We are inviting the community to shop consciously and be part of the solution. Fund communities, not corporations!”