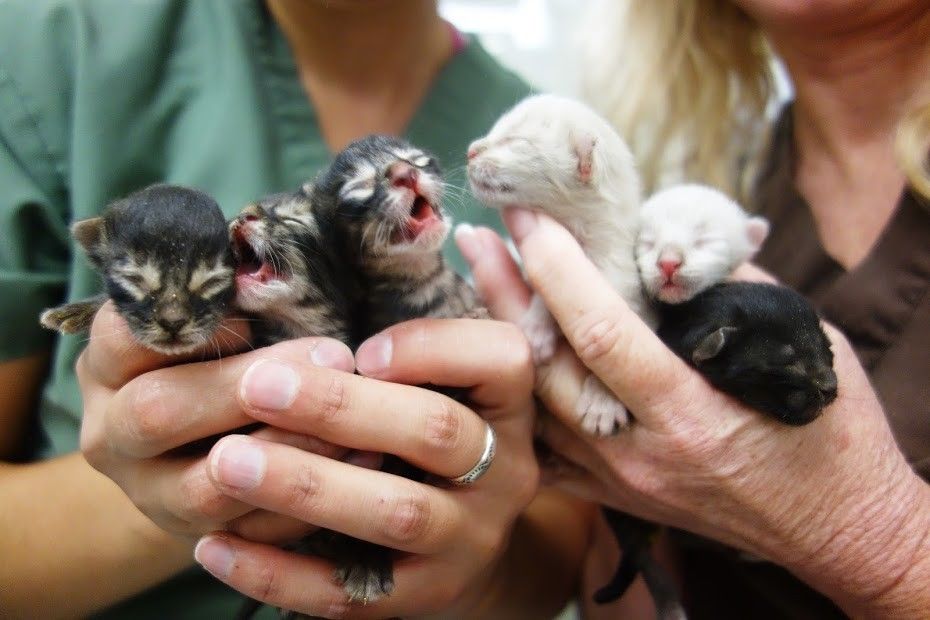 On what should have been an average workday of emptying garbage bins, William Grabill of Sacramento, CA stumbled on something very unexpected. Six newborn kittens had been left in a dumpster full of tar and wood pellets. The kittens were so young, they still had their umbilical cords attached.

The kind-hearted waste-management worker couldn’t just toss the kittens away with the trash, so he did the right thing and had them placed with the Sacramento SPCA.

While nobody knows exactly how the kittens got mixed in with the garbage, Sarah Varanini of the Sacramento SCPA suspects that a mother cat may have left them in the dumpster to keep them safe, not knowing  it would soon be emptied and the contents taken to a landfill.

The kittens were all healthy, and the SSPCA placed them into foster care.

This Facebook video posted by the SSPCA shows the kittens shortly after their eyes had opened for the first time:

Despite their precarious situation, all of the “lucky half-dozen” are doing just fine.

Thank you Mr. Grabill, for giving these tiny kittens a chance at life.