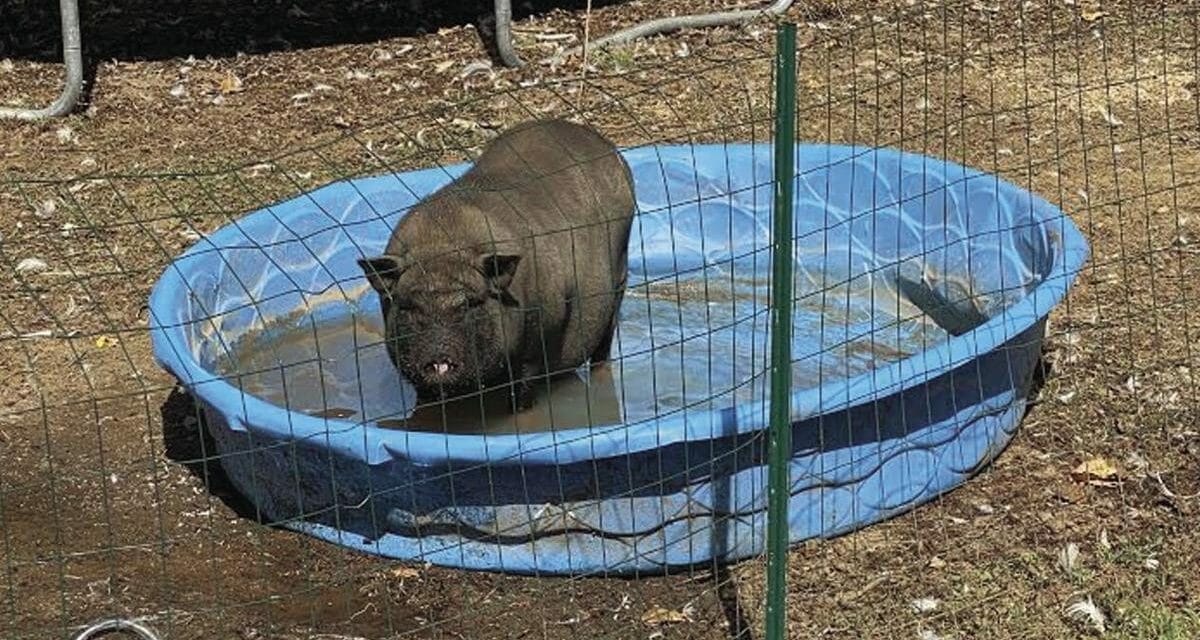 A potbellied pig named Francis, who was found wandering around after Tropical Storm Isaias hit New Hampshire in August, is now safe and sound in his brand new forever home.

Francis is enjoying life and loves taking dips in his kiddie pool, hanging out with another resident potbellied pig, and crashing the Zoom classes that his adopter — a college professor — teaches.

“He is really coming out of his shell,” his guardian, Lauren Gilroy, told the Conway Daily Sun.

Although the young pig, who is somewhere between one and three years old, initially kept to himself, he now seeks out back scratches and snacks, and likes to be near Gilroy when she’s outside.

“My students love it when the animals visit,” she said, “but they especially love it when Francis visits because it’s a little atypical to have a pig instead of a dog.”

Francis was found after someone called the local police department about a lost pig wandering around a rural area in August.

The New Hampshire SPCA got involved to help capture the pig. It was an unusual situation for all groups involved, but they were able to humanely catch Francis and bring him to safety.

No one came forward to claim the pig, and the Gilroy family adopted Francis and another potbellied pig named Lincoln, who was also at the SPCA only eight days later.

Caring for pigs is a big commitment. Potbellied pigs live over 20 years, and they’re highly-intelligent animals that need constant companionship and enrichment.

Luckily for Francis, his guardian is up to the task.