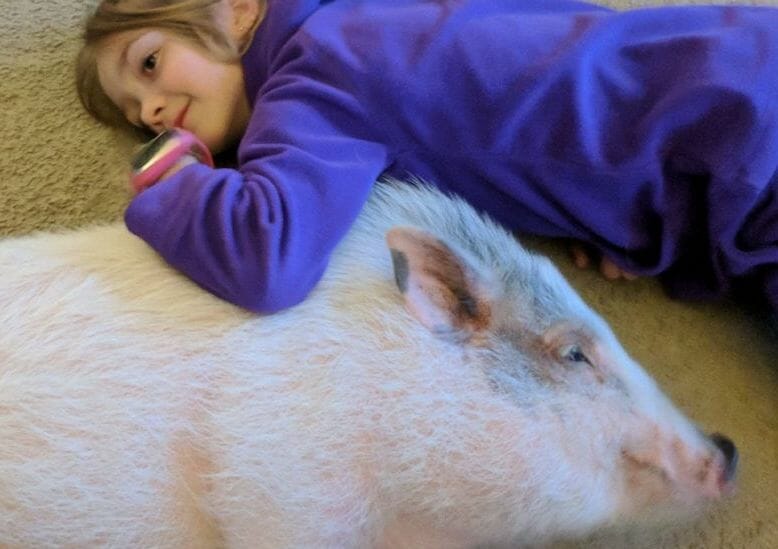 A remarkable third-grader is raising awareness for pet pigs who end up in sanctuaries after growing too large for their caretakers to cope with.

It was through personal experience that 9-year-old Alaina Holdread learned just how misleading breeders can be when it comes to selling cute “micro” or “teacup” pigs. In 2017, she became the caretaker for a pig named Daisy and was told her new animal companion would remain small. Two years down the road, however, Daisy weighs in at a hefty 150 pounds.

Fortunately, Alaina’s family has the space to care properly for a 150-pound pig, but many aren’t as fortunate.

“I started learning about all of the myths that are out there about potbelly pigs, like they will stay teacup size and they make good apartment pets,” said Alaina, speaking to Good Morning America. “This is not true, and a lot of people get rid of their pig once they figure this out.” 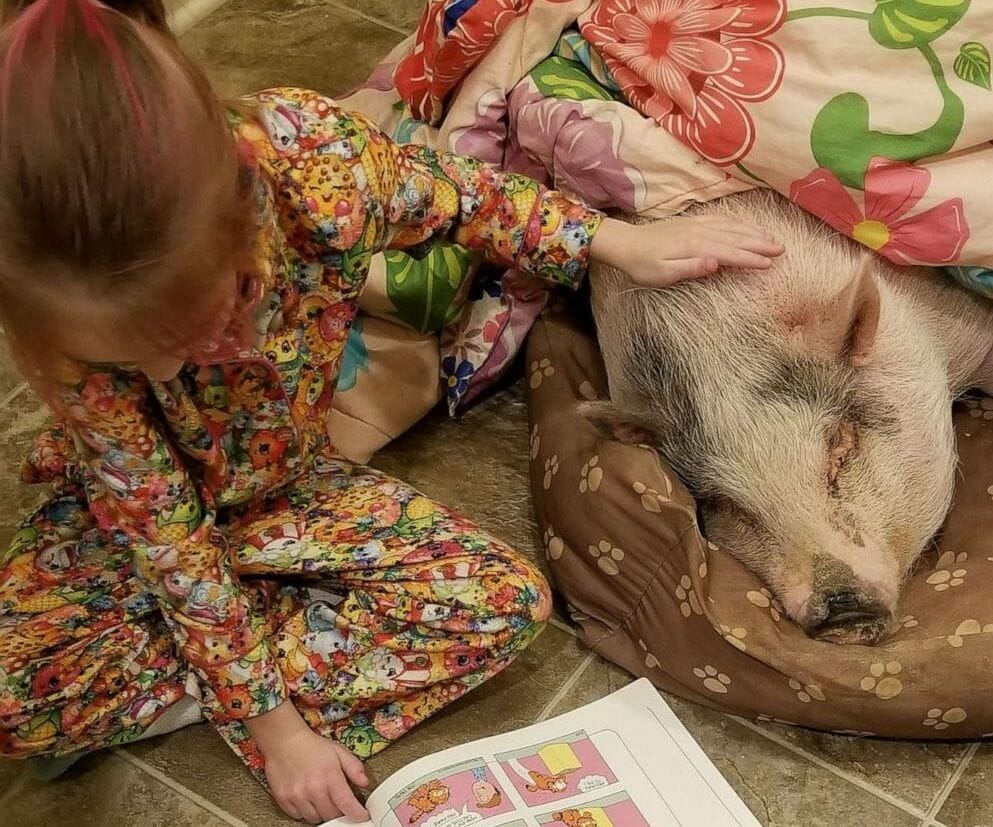 Unfortunately, shelters don’t always have enough room to care for so many pigs either.

“The rescues are flooded with pigs,” said Alaina’s mom, Betty. “They’re being euthanized every single day because they’re in dog shelters, things like that.”

Alaina decided to help save shelter pigs by launching Pink for Pigs, an initiative that raises money by selling handmade pig-focused gifts. She hopes her money will keep shelters from turning away or euthanizing these sweet animals.

Alaina also hangs out with pigs at rescue centers and has sponsored one of the abandoned pets, Mozy, at Smiggy’s Safe Haven and Sanctuary near her home in Michigan. Her sponsorship helps pay for Mozy’s food and medical bills.

“We need people like [Alaina] to sponsor these pigs,” explained Guipe, “otherwise all the financial responsibility is on us.” 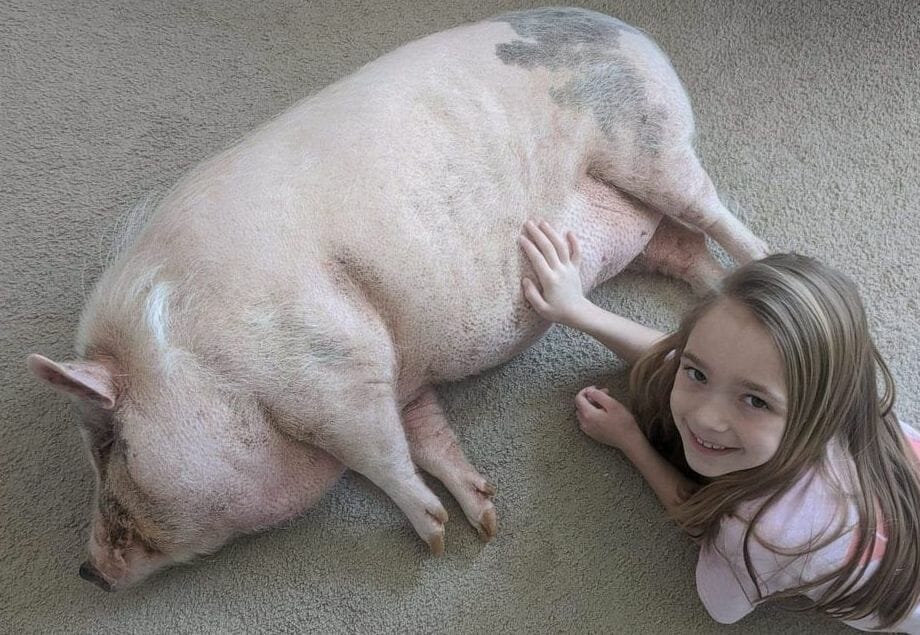 “They are just my passion, and I just want to help save pigs’ lives,” Alaina added. “Part of what I do is educate the public about pigs so people can make better decisions.”

It is crucial for people to understand that the cute little pig they are thinking of taking home might grow into a large adult who needs a lot more space than most homes can provide.

Rather than buy a pig from a breeder, help a local animal shelter by sponsoring one instead.