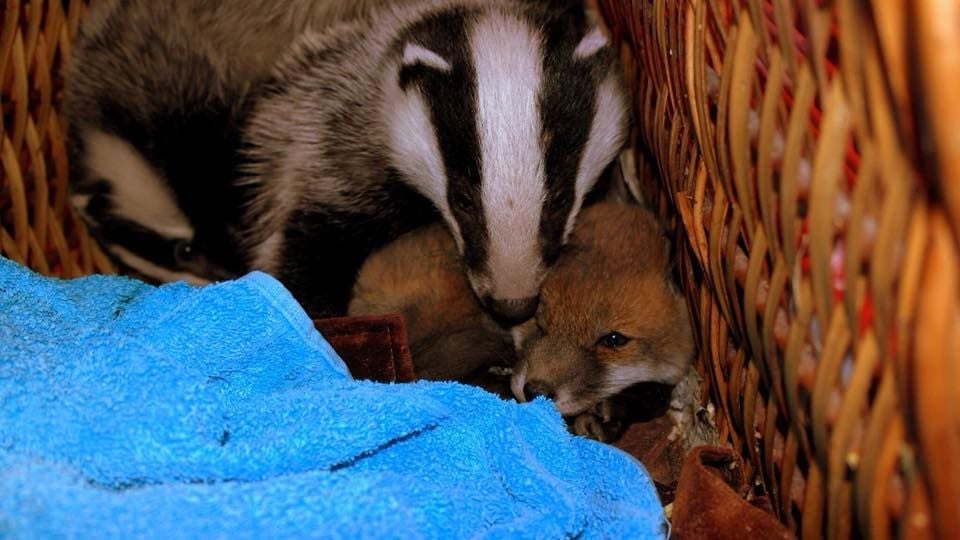 A fox cub discovered abandoned in a cardboard box in Leeds has found some new friends in the form of two orphaned badger babies at a wildlife sanctuary.

Phoebe the fox was handed in to the Whitby Wildlife Sanctuary from a local vet clinic, but the staff did not have any other foxes to pair her up with for company. They did, however, have two young badgers found on the road near the body of what was believed to be their dead mother in Meltham, West Yorkshire. 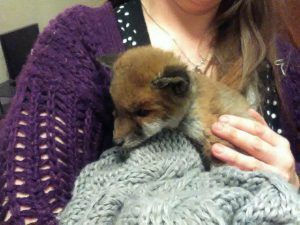 “Foxes and badgers would never mix in the wild, in fact they tend to keep out of each other’s way,” said Alexandra Farmer, chief executive of the sanctuary. But because they were all around the same size and had lost their mums, the team decided to give it a go and put them together for socialisation.

“We have been delighted to see they have bonded extremely well, it’s been lovely to see them feeding, sleeping and even playing together,” said Farmer.

Betty and Bella, the badger cubs, are getting on well with their new fox friend, and have recently been joined by Bonnie, a third badger cub found bruised and battered at the bottom of a cliff next to her dead sibling.

“It was important that they don’t have too much handling and live with other wild creatures of roughly the same size, they can’t become reliant on human contact,” said Farmer.

“When some more fox cubs arrive we will introduce Phoebe to them but for now she’s getting along with the badgers just fine.”