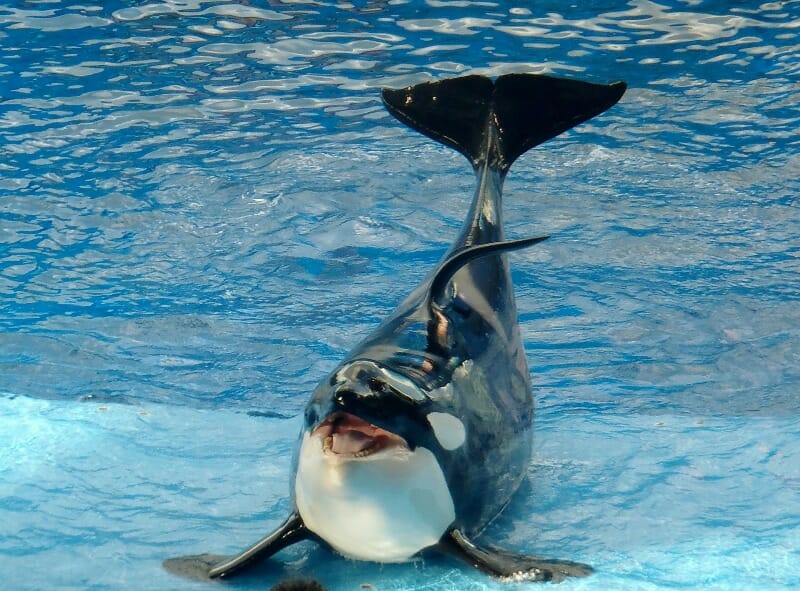 In yet more negative publicity for the controversial theme park, SeaWorld is in the headlines again with two former employees claiming whales at the attraction were habitually drugged and starved to control their behavior.

According to Ventre, SeaWorld told employees to lie to visitors and tell them that injuries evident on the whales — such as dorsal fin collapse — were normal, rather than, as is believed, due to inactivity and the stress of living in captivity.

He also said that the park forced trainers to tell children that killer whales only live for 25 to 30 years, when in fact they can live up to 80 years in the wild, but frequently die early, at about 17, when captive.

“The job is more akin to a stunt man or clown performing with captive animals using food deprivation as a motivator,” Ventre said.

“The whales and dolphins were stressed and this caused stomach ulcers,” he explained. “So they got meds for that. They also got chronic infections, so they got antibiotics. They were also sometimes aggressive or hard to control so they could be given Valium.”

“I worked with some whales that were on medication every day of their life and have personally watched whales die at very young ages from disease,” added Hargrove.

The trainers’ claims of cruelty follow the welcome announcement earlier this month that Virgin Holidays will no longer be selling tickets or packages to attractions that have captive whales or dolphins.