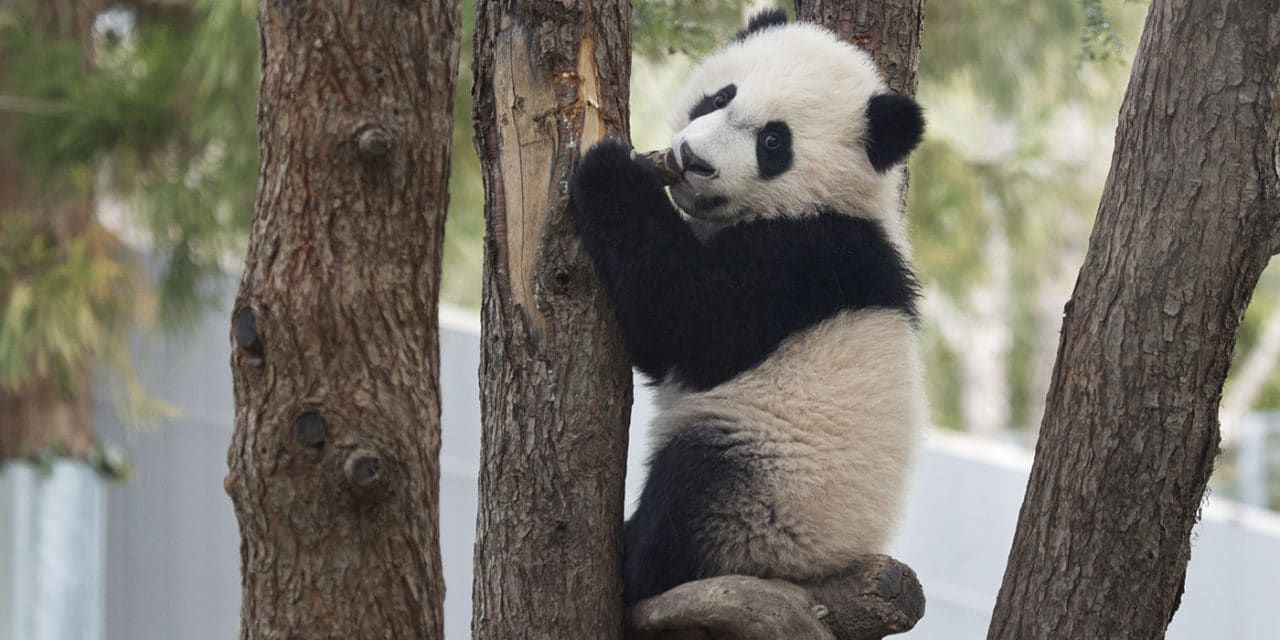 Is conservation of endangered species in zoos more about publicity and visitors than species survival? Numerous organizations have studied conditions at zoos and concluded that captive animals do not live happy or healthy lives.

PETA, Captive Animals, Global Animal, Animals Australia, Huffington Post, Slate, Vegan Peace, and many other organizations and publications have researched the practices of zoos and concluded that the facilities are inhumane and exploitative.

Tigers and lions have around 18,000 times less space in zoos than they would in the wild. Polar bears have one million times less space. Sadly, they suffer when trained to perform tricks. They exhibit stereotypic behavior called Zoochosis, which consists of pacing, scratching, or engaging in some other nonfunctional activity repeatedly because of boredom and anxiety.

Zoo animals have higher mortality rates than their non-captive counterparts. Worse yet, some zoos murder surplus or hybrid animals simply because they don’t need or want them. Another horrible discovery was that some United Kingdom zoos supply animals to circuses.

One more stain on the reputation of zoos is that they still kidnap animals from the wild. It’s tragic enough that zoo animals are bred in captivity and never know freedom, but families are still being torn apart by zoo animal suppliers stealing animals from jungles and other natural habitats.

A very recent incident under scrutiny by zoo critics and animal lovers alike is the treatment of pandas at The Smithsonian National Zoo (SNZ) in Washington D.C.  They “borrowed” two giant pandas from China in 2000 — Mei Xiang, a female, and Tian Tian, a male — with the intention of breeding them. Pandas draw huge crowds, and zoos profit immensely from cub births via visitors, merchandise sales, donations, even food concessions, and more.

Mei has been pregnant nine times, and only three of her six cubs survived. Their “panda cam” showed that rather than in a natural environment, she gave birth in a tiny cage where she couldn’t even stretch her legs out completely. On the occasions when she has delivered a cub, the “panda team” grabbed the baby immediately for “evaluation” and bottle-feeding. The cubs were posed for cameras soon after departing the womb.

Mei gave birth to Bei Bei in August of 2015.  Fans who watched the “panda cam” (which films the pandas 24 hours every day) saw that Bei was blissful with his mom. He hugged her constantly. They were joyful, and lovingly played together. Mother and son stared at each other affectionately. But Bei was forcibly removed from his mom when he was just eighteen months old.

Dr. Kati Loeffler, Veterinarian, DVM, PHD. Former Director of Animal Health, Chengdu Research Base of Giant Panda Breeding, China expressed concern that Mei was not ready to wean Bei. She urged the zoo to “Reunite mother and cub, and allow them to manage their separation on their own terms, at their own rate.”

Dr. Loeffler also stated that, “Subjecting these animals to unnecessary distress for human imperatives is unethical and vastly disappointing for an institution of The Smithsonian’s status.”

Upon separation, both pandas stopped eating, were visibly depressed, paced, and engaged in other stereotypic behaviors. Videos show Bei sitting in a small enclosure looking bored and lonely. He’s bleating loudly to send a signal of distress to his mom. Bei has been waiting for Mei by the door to the yard. He repeatedly climbs a tree to look for his mom, and has fallen out of it three times when climbing out on the limbs for a better view. Once, he was stunned and couldn’t get up immediately. When Bei tries to scale the wall between him and his mother, he is repeatedly shocked with electric wires, The zoo staff has also sprayed him with a mystery substance that scared him.

Bei reportedly appears depressed, paces the yard aimlessly, climbs trees (especially the one that has a view of his mom’s yard), sits by the fence closest to her yard (rain or shine), and sits by the door that leads to a small birth room that is part of Mei’s enclosure.

Bei is inside in a medium-size enclosure most of the day, except when he is let out into the yard. He has no interaction with any keepers inside the enclosure or in the yard.

Mei also shows signs of distress. She is ramming her head against the wall trying to get to her baby, who was still nursing when taken away. She vocalizes to him and stares at the barrier between them. Neither mom nor son has had any social interaction since their separation in February 2017. Bei’s personality has reportedly changed from a rambunctious cub to a listless and depressed one.

PETA has long claimed that Smithsonian’s animals are not treated well, and voiced its apprehension that the pandas are mistreated in the name of breeding. The artificial insemination (AI) process to get Mei pregnant is unnatural and invasive; when Mei appears to be going into heat, her vagina is swabbed and she endures prodding and an ovulation test. The male is anesthetized and electro-ejaculated (a probe is slipped into his rectum and electrical stimulations cause ejaculation). Then Mei is artificially impregnated with semen from more than one male (probably about as pleasant for her as it would be for a human woman).

There is no mention of the need to forcefully separate a cub from mother Mei anywhere in the panda loan contract signed between the zoo and China authorities. Experts in panda conservation, through education and experience, have spoken against the zoo over Mei and Bei’s separation. In addition, the zoo has a record of ignoring suggestions from China. For instance, they continued to feed ice treats to Mei’s first cub Tai Shan, whose health suffered into his adulthood from it.

“The U.S. MUST set the best example of humane care of all species, this demonstrates blatant disregard for the natural history and sentience of one of the most public and beloved species on Earth. With giant pandas we have the largest reach to teach the public how to care properly for animals in our care. Allow Mei Xiang and Bei Bei to separate at the right time for them” said Dr. Sarah Bexell, Director of Conservation Education at Chengdu Panda research base in China.

Mei is almost nineteen years old and nearly out of the cub bearing age range. The panda team wants Mei to stop lactating so they can impregnate her again. Stealing Bei away from Mei, whom she was still nursing the very night before separation, to force estrus demonstrates that the zoo considers her a breeding machine.

The National Zoo once intended to send Mei and the adult male panda, Tian, back to China in exchange for a more fertile set of pandas. This changed with the arrival of Bao Bao, followed by the current cub, Bei. Bao was also removed from Mei’s enclosure when the zoo decided it was time to wean, rather than when the pandas seemed to be spending less time together and reducing nursing sessions. Bao, born before Bei, was sent to China six months ahead of time so Bei could inhabit her yard.

A visitor to the zoo who witnessed distress of Mei and Bei upon separation started this petition on Change.org urging the zoo to allow Bei to live with his mother until he is ready to be fully weaned. As of this writing, it has more than 3,200 signatures.

Indeed, the entire traditional zoo concept seems ill-conceived and cruel. Children visiting zoos are learning that it’s alright to imprison wild animals for their entire lives just for a few moments of our viewing pleasure. A zoo model like that of the Lehe Ledu Wildlife Zoo in China, where animals roam free and visitors are in a moving enclosure, is much more natural and humane. Now that we are aware of the suffering in zoos, it is time to eliminate these facilities or change our current zoo model into a more humane experience for the animals.

UPDATE – as of May 26, 2017, the petition has reached about 10,000 signatures. Concerned petition signers Michelle Schmitt-DeBonis and Maria Wilkar have expressed additional concerns of Bei repeatedly falling, and Mei vomiting and showing other signs of illness (as well as the presence of a snake in her area, which Schmitt-DeBonis says was ignored by the zoo even after she called them about it — see video below). The National Zoo reports that Mei has been artificially inseminated once again — another concern of Schmitt-DeBonis and Wilkar, who question the humaneness of this practice.