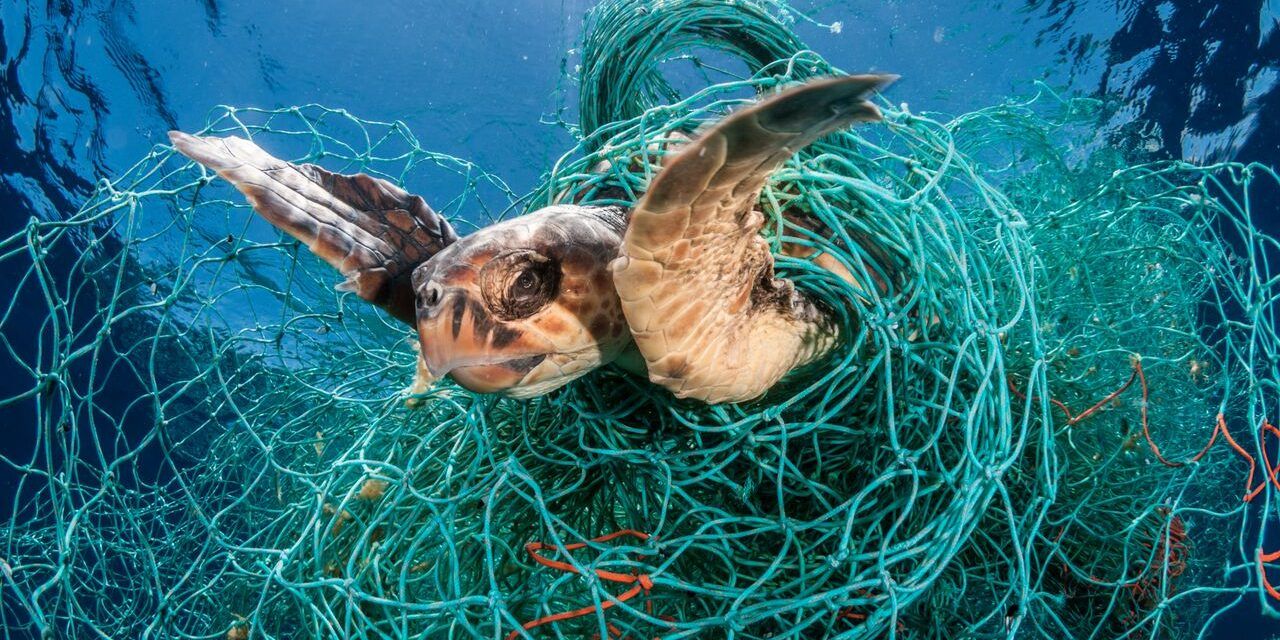 A report released by World Animal Protection this week reveals that the world’s largest seafood companies are failing to address the massive problem of “ghost gear” in our oceans. “Ghost gear” is the term used to describe discarded or lost fishing equipment, which is responsible for the death of millions of marine animals.

The report focused on 15 of the world’s top seafood companies and ranked them on a scale of one to five. A company ranking in tier one is considered a world leader, utilizing best practices to take responsibility for abandoned or lost fishing equipment. Any company ranked at tier five shows no evidence that this issue is even represented on any of their business plans.

No companies ranked in the top two tiers.

Two of the biggest U.S. seafood retailers are ranked at tier three, meaning they are at least attempting to address the problem. Trident Seafoods are making an effort to remove unused nets from Dutch Harbor, Alaska (the largest seafood harbor in the US). Once collected, they are sent to Denmark for recycling, in accordance with the Global Ghost Gear Initiative (GGGI).

Tri Marine is also working with GGGI, collaborating to bring in best practices “for the use of their biodegradable Fish Aggregating Devices (FAD).”

Eighty percent of the fishing companies reviewed have no clear agenda for ghost fishing gear, and don’t even acknowledge that this is an issue.

Ten of the 15 companies rank at the bottom, tier number five. These companies are not addressing the issue at all.

THE PROBLEM WITH GHOST GEAR 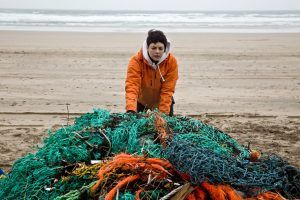 At least 640,000 tons of ghost gear are left to drift in the oceans every year. A case study of a single deepwater fishing area in the north-east Atlantic discovered there are around 25,000 nets with a total length of about 1,250km lost every year.

Much of the gear is nearly invisible, and so tough it is nearly impossible to escape from. On top of that, the plastics used can take up to 600 years to decompose.

Ghost gear makes up a shocking 10% of the total garbage choking the world’s oceans, and the report states that this gear is four times more likely to endanger the animals who call the sea home then all other forms of ocean trash put together.

The abandoned gear maims and kills hundreds of thousands of marine species — like whales, dolphins, sharks and seals — each year. 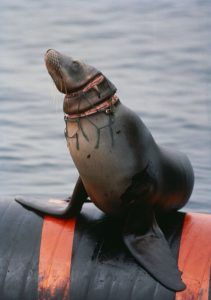 Extensive research data was collected for the report, and the findings were conclusive: ghost gear is one of the biggest threats facing our marine animals.

After an analysis of the available data, WAP estimated that a minimum of 136,000 seals, sea lions and whales are killed every year, plus even larger numbers of birds, turtles, fish and other species.

Each net, trap or line left in the ocean is a killer. A retrieval of 870 disused nets off the coast of Washington State was found to contain more than 32,000 marine animals, with over 500 birds and mammals.

Some of the animals most often reported as injured or killed by the nets are fur seals, sea lions and humpback and right whales.

Launched in 2014, WAP’s Sea Change campaign aims to “reduce the huge suffering caused by ‘ghost gear’ – abandoned fishing gear that turns oceans into death traps for sea animals.” Their goal is to save 1 million marine animals by 2018 by removing ghost gear, rescuing entangled animals and reducing the amount of fishing equipment discarded into the oceans.

Of course, the problem will only be fixed with the cooperation of seafood companies around the world. And judging by this report, they have a long way to go.