This Fishing Association is Rewarding People for Catching Endangered Species 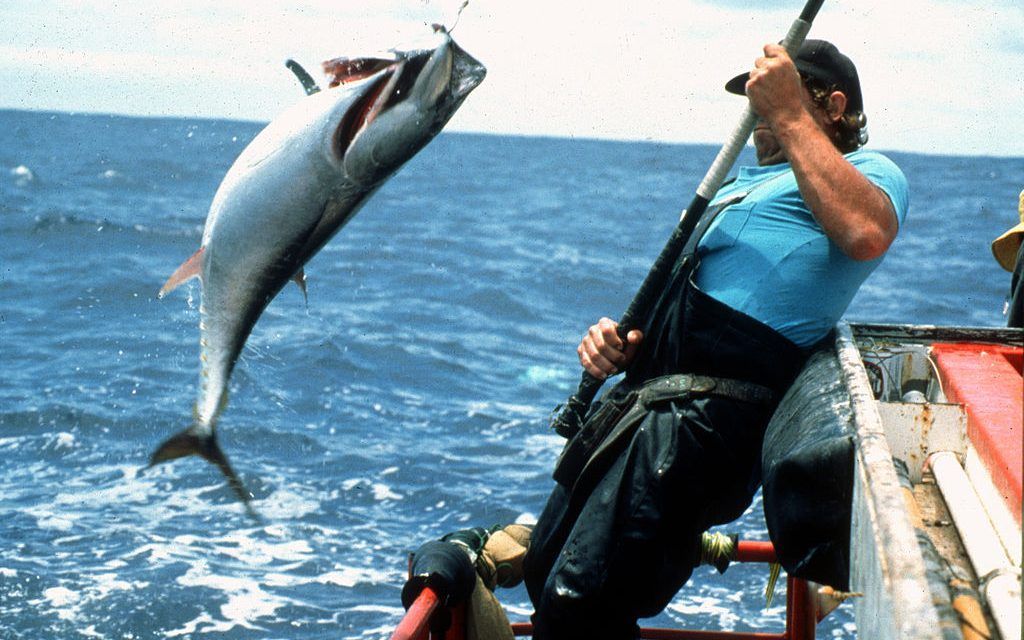 Picture of catching an endangered bluefin tuna to tag it for research by CSIRO CC BY 3.0 (http://creativecommons.org/licenses/by/3.0), via Wikimedia Commons.

Although no sport fishing can be called humane, deliberately going after the biggest specimens is especially bad news for these endangered fish. Before we go through the reasons for that, here are the nine Vulnerable and Near-Threatened species on the IGFA’s hit list: 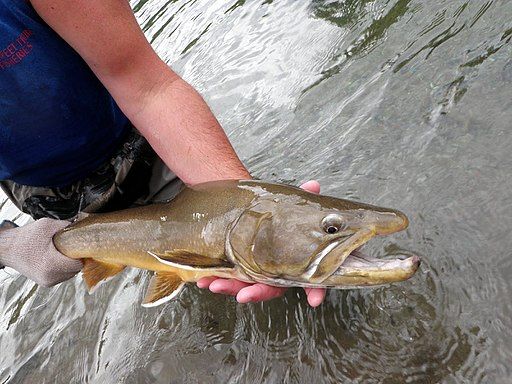 Although the IGFA writes that they “encourage all participants to release as many fish as possible so they can contribute to the next generation of fish and anglers, alike,” weighing fish is inherently risky. Taking fish out of the water can lead to death by related causes, and some anglers like to kill the fish they catch for trophies or to eat.

The IGFA tries to reduce deaths due to weighing by prohibiting weighing on individuals’ boats and providing designated weigh sites. They also state that the “IGFA encourages anglers to do their utmost to release fish in the best possible condition to ensure the highest probability of their survival.”

Despite the IGFA’s on-paper emphasis on conservation and attempts to balance trophy fishing with environmental best-practices, many of their practices put threatened fish – both freshwater and saltwater – in unnecessary danger. 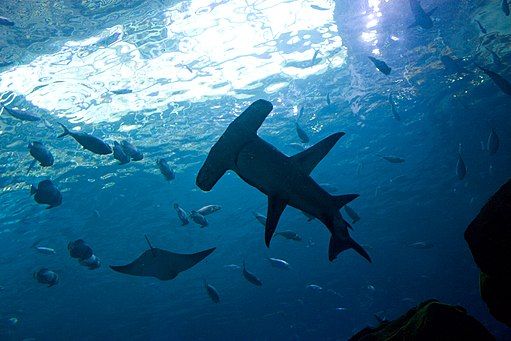 Not only does the IGFA list some vulnerable and near-threatened species on their annual competition list, they also accept applications for all-tackle world records for many other endangered species.

Since the IGFA spans over 100 countries and 15,000 members, its practices have a large impact on angler practices.

According to a 2014 study examining IGFA practices, anglers can still submit applications for the all-tackle world record for 85 vulnerable, endangered, or critically endangered species. The European eel, giant sea bass, bluefin tuna, great hammerhead shark, white shark, and the white marlin are just a few examples of these majestic creatures hunted and measured for sport. 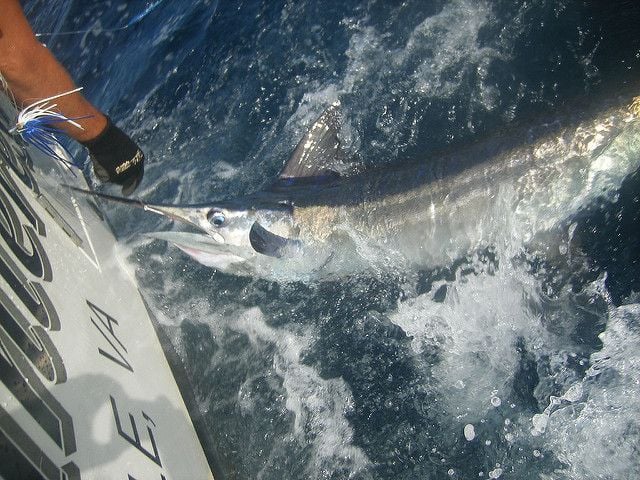 Picture of white marlin by Nugget04 via Flickr, CC BY-2.0.

“So long as there are incentives to catch the largest, oldest, most fecund and fittest individuals within a population, recreational fishing pressure will continue to target these fish and likely exacerbate population declines,” the study authors concluded.

The biggest fish are the most essential to species’ survival

While fish are often overlooked by animal-lovers, they make up an important part of earth’s ecosystem. Unfortunately, they face an onslaught of challenges from the death of coral reefs, increasing amounts of toxic substances in the oceans as well as plastic, and overfishing.

Although recreational anglers often release fish, there’s no doubt they contribute to a worsening situation for threatened species. Over 47 billion fish are caught each year for recreation. Although two-thirds are released, that means over 15 billion die in the process.

Angling causes other problems as well. Since fishers seek the biggest, heaviest fish, they are removing the very fish most important for a species’ survival. Bigger fish are often more fertile, have more offspring, and their offspring tend to have a higher chance of survival.

“For example, older and larger red snapper Lutjanus campechanus spawn 50% more often than younger, smaller red snapper,” write the study’s authors. “The removal of a single 61 cm individual has an impact on the population equivalent to removing 212 individuals of 41 cm.” 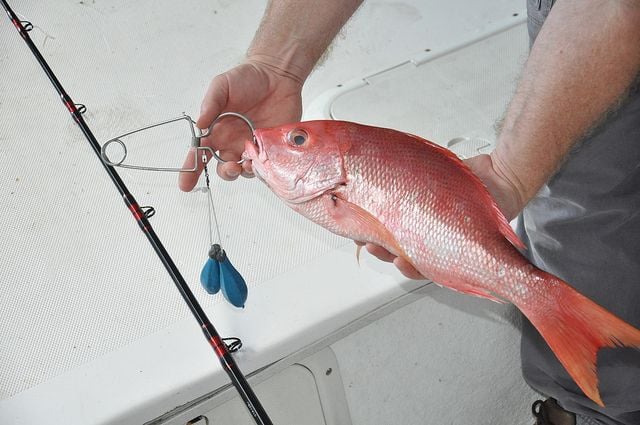 Picture of a red snapper by Florida Fish and Wildlife, CC BY 2.0 via Flickr.

However, there is a potentially easy solution that limit the damage done by the IGFA’s competitions and record-setting. The study authors wrote that the IGFA could simply stop offering “all-tackle weight-based world record certifications … for species identified by the IUCN Red List as Threatened.”

Since weighing the animals requires them to be taken out of the water, they are at a higher risk of death than they would be from the catching process alone. To cut out this extra risk, the IGFA could issue certificates based solely on size or length, which can be measured while the fish are still in the water.

“Few policy changes can accomplish so much for so many species of Threatened animals with so little cost,” wrote Shiffman and his team of researchers. He believes anglers would be receptive to this idea, especially if just applied to the most endangered species.

Another option, of course, is for the IGFA to stop allowing competition fishing altogether for any species on the IUCN threatened list.