Heading the inaugural event is Moby, who will perform in an extensive lineup that includes Blaqk Audio, Cold Cave, and Valida.

“[Circle V] was created as the world’s first all-vegan music festival as a way to highlight the growing support for animal protection in a fun, open environment,” MFA Founder and President Nathan Runkle told Lady Freethinker. “It aims to not only entertain, but also inform and inspire attendees.”

The event centers around not just talks and performances, but vegan food as well, demonstrating all the delicious possibilities vegan food has to offer. In that sense, it moves beyond words to inspire by example. 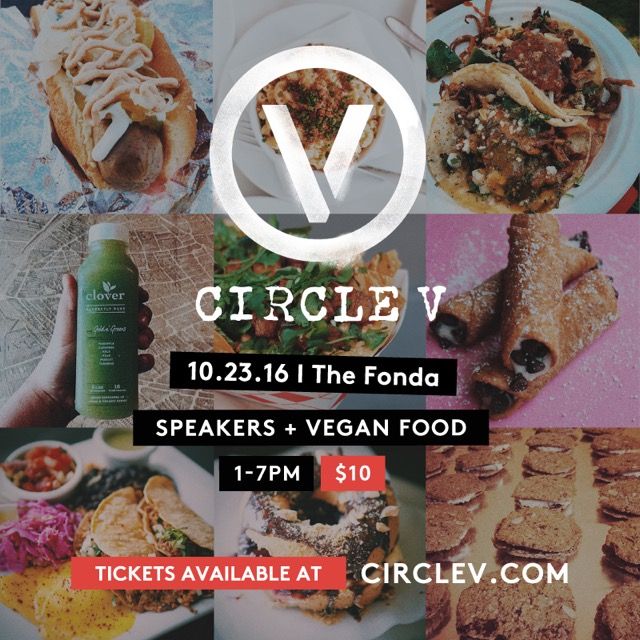 Some of the featured restaurants at Circle V – Courtesy of Mercy for Animals.

“Transitioning to a plant-based diet is the single best thing we can do to prevent cruelty to animals, protect our health and our environment,” said Runkle. “Over nine billion sensitive, curious, intelligent animals are locked in tiny cages, mutilated without painkillers, and mercilessly slaughtered each year in the United States alone for meat, dairy and eggs.”

Although MFA works directly to expose animal cruelty on farms and create laws with their partners that free 30 million animals from cages each year, there are a lot of small choices that anyone can make in their daily lives to help animals, too. Part of improving animals’ lives involves reducing demand for factory farmed products. Vegan living helps remove that demand.

“By moving toward a plant-based diet, you can choose kindness over cruelty at every meal,” Runkle emphasized.

To be sure, there will be plenty of meals to choose from at Circle V. Nine of LA’s top restaurants will be serving up creative vegan food and drinks, including Frankenstand’s 100% vegan hot dogs, Mediterranean food from Moby’s restaurant Little Pine, and mouthwatering vegan desserts from Shugah Mama and Clara Cakes.

“Animal agriculture is a major cause of greenhouse gas emissions, water use and pollution, deforestation, and air pollution,” Runkle said.

Eating plant-based does everyone a favor. 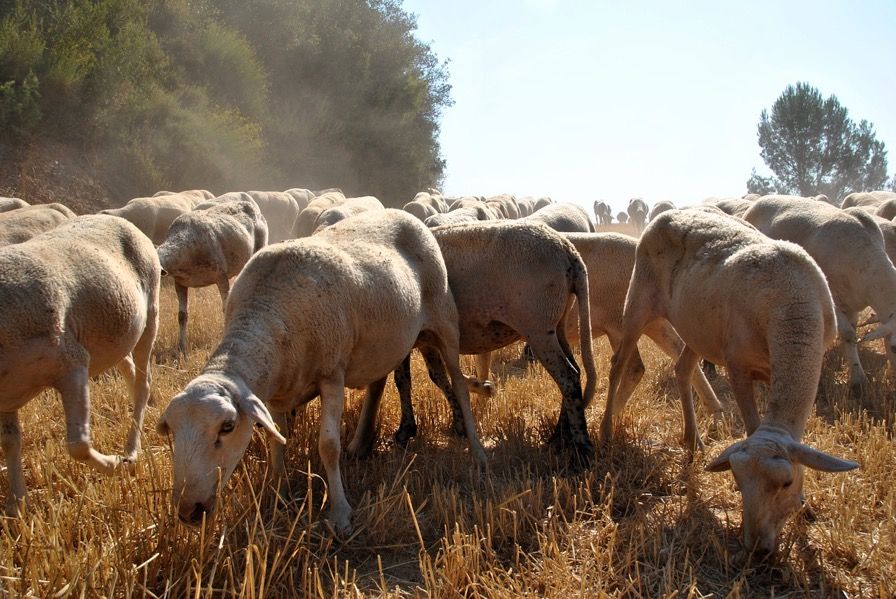 Photo by javipolinario via Pixabay.

So far, only .5 percent of the people in the U.S. consider themselves vegan. So there’s still a long way to go, and every little bit helps. Many people are trying to choose more plant based products, even if they haven’t taken the full leap.

To those trying to reduce or eliminate animal products, Runkle says, “do what works best for you and be patient with yourself. Perfection shouldn’t be the enemy of progress.”

While some people cut out all animal products right away, that doesn’t always work for everyone. 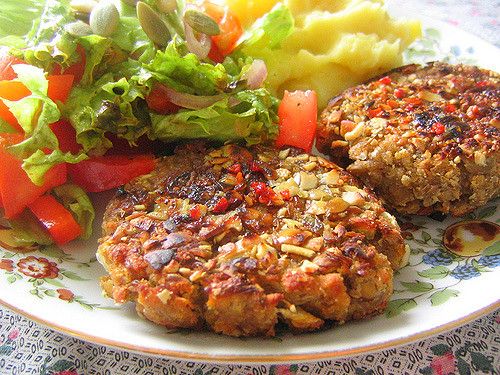 Vegan lentil patties. Picture by rusvaplauke via Flickr CC BY 2.0

“Some people find that going meatless one day a week, then increasing from there works best,” said Runkle.

Luckily, there are are a growing number of vegan options. Almond or rice milk easily replace cows’ milk, nut-based spreads replace cheese, and veggie burgers and other plant-based products offer numerous alternatives to meat and dairy. Choosing plant-based foods over meat is becoming much tastier than in the past.

Circle V is about food, music AND conversation

Although clearly centered on animal rights and vegan living, everyone is invited to attend Circle V, and can purchase tickets online in advance. The festival is an opportunity to enjoy great food, music, and conversation while becoming more informed about the issues.

Indeed, education is a major part of the event.

From 1pm until 7pm, the lineup features what Runkle described as “world-class speakers in the arena of animal protection, health, sports, environment and business.”

The diverse group of 19 speakers will touch on issues relating to health, animal rights, meat’s impact on the environment, climate change, and the benefits of a plant-based lifestyle. 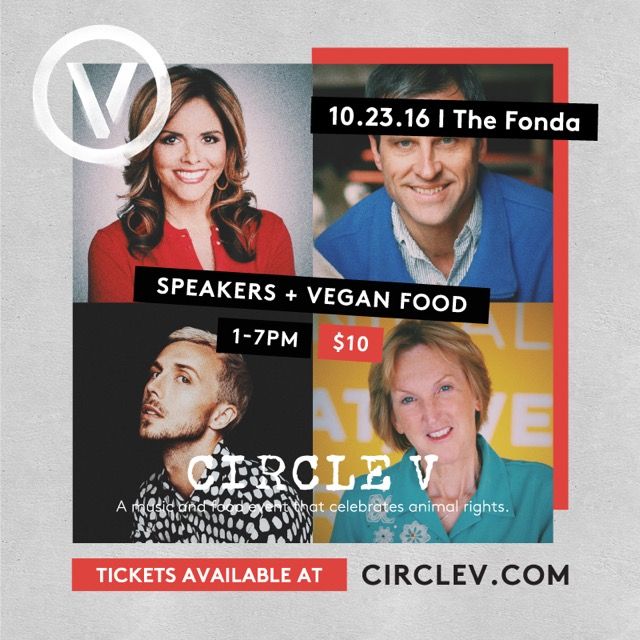 Speakers will meet in groups to engage with one another and discuss the issues. Animal rights activist and reporter Jane Velez-Mitchell will moderate a panel focusing on meat’s impact on the environment. Also on the panel are Keegan Kuhn, the director of Leonardo DiCaprio’s documentary Cowspiracy, Leilani Münter, a racecar driver, and Sailesh Rao, founder and executive director of Climate Healers.

Later, Runkle himself will discuss animal protection with PETA president and co-founder Ingrid Newkirk, as well as Gene Baur of Farm Sanctuary.

Although there are many speakers to look forward to, some of the most well-recognized include LA Ink tattoo artist Kat Von D. and top vegan athletes like Rich Roll and Dotsie Bausch.

Finally, the speaker series will end with a panel about the future of food, moderated by Kathy Freston — a New York Times best-selling author who convinced Oprah to try a 21-day vegan detox.

Tickets cost $59.50 for the daytime events and night concert, while daytime tickets to the panel discussions are just $10. All proceeds from ticket sales will go to MFA to continue the fight against animal cruelty.