Kind Firefighters Rescue and Relocate Anxious Squirrel and Her Newborns 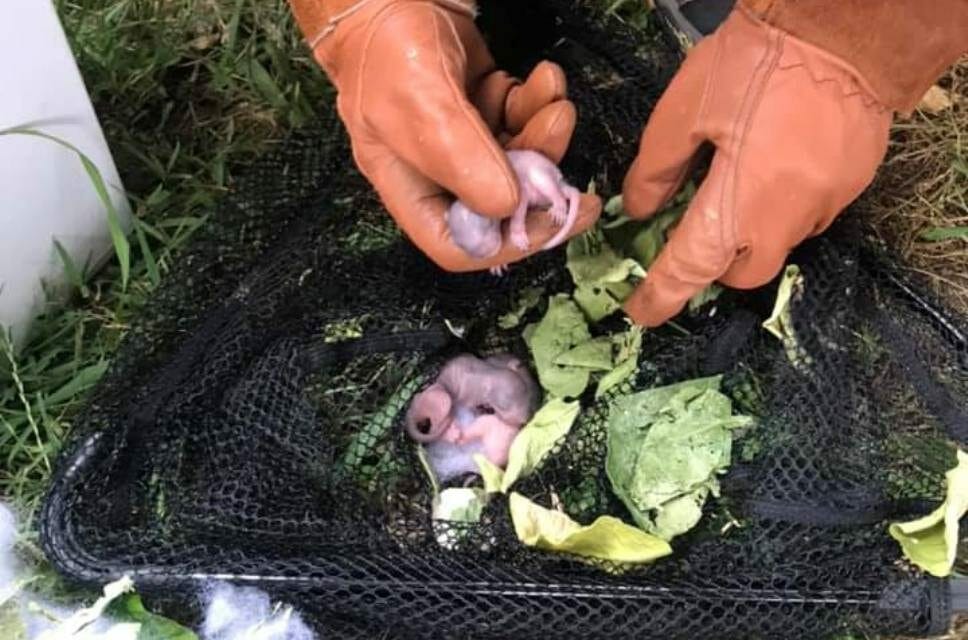 A female Eastern gray squirrel and her three young kits have a new home, thanks to a heartwarming act of kindness by firefighters who rescued them from a busy street corner in Santa Cruz.

The new mother allegedly scratched and bit a few people who got too close to her little family’s nest. It was the first time in Animal Shelter Field Manager Todd Stosuy’s 16-year career that a squirrel had to be relocated due to aggressive behavior.

Named Emily, the one-year-old squirrel and her newborns — who are so young, they haven’t opened their eyes or grown fur yet — were residing in a nest within a grapefruit tree. But, following reports that the squirrel had become somewhat overzealous in protecting her young, firefighters removed the family with the help of Native Animal Rescue volunteer Bill Snell, leather glove-clad and atop a ladder.

Native Animal Rescue says that a local resident had hand-reared Emily after the squirrel fell out of a tree when she was approximately four weeks old. Because of this, Emily  became so accustomed to human contact, she lost her natural fear of people.

The organization stresses that in California, under both City and State law, it is illegal to raise wild animals without a permit.

Emily and her youngsters are now safe at the rescue center, where the babies have adapted to their new environment, according to Snell, who said this was the first time he’d had to relocate a squirrel’s nest.

Stosuy, who was at the rescue, commended Snell for saving the lives of the squirrels. “If we took them, they’d have to be put down,” he said.

Thanks to the efforts of Native Animal Rescue and the Santa Cruz Fire Department, this story has a happy outcome. However, it is important to remember that wild animals should not be raised as pets. If you find any animal in distress, contact your local animal rescue center.