Family Spares their Chickens from Slaughter, Sends Them to A Sanctuary

Home » Animals » Family Spares their Chickens from Slaughter, Sends Them to A SanctuaryBy Sophie Dixon | July 27, 2017 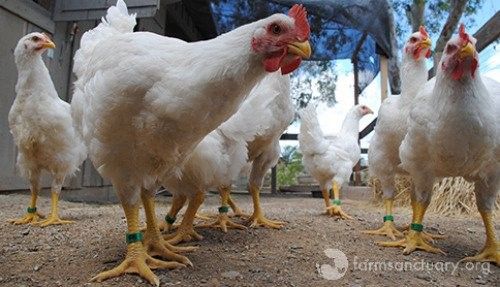 Chickens are intelligent, much-loved animals who are considered by many as more than just a meal.  Some fight for a world where animals are farmed under humane conditions, with space to roam, nutritious food, adequate housing and decent care. One family went one step further when they decided to spare their backyard chickens from slaughter and give them to a farm sanctuary instead.

The brains behind this commendable decision even resolved on becoming vegetarian, redirecting his whole life’s principles to promoting animal rights and their protection. Now, the chickens will be cared for and looked after for the rest of their lives. 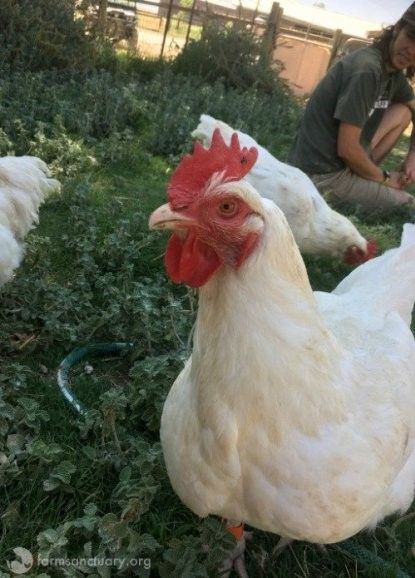 These lucky chickens are now pecking around at Northern California shelter Farm Sanctuary. The group of four boys and seven girls have been comically named after characters from the film “The Office.” The chickens are now regarded as individuals, and their names reassert their rights as living, breathing creatures, rather than as poultry to be brought from the cold shelves of a local supermarket.

Now, the chickens spend their days sunbathing and running about. Miss Creed, one of the more confident ladies in the group, is usually the first one up in the morning, excitable and eager to begin a new day. 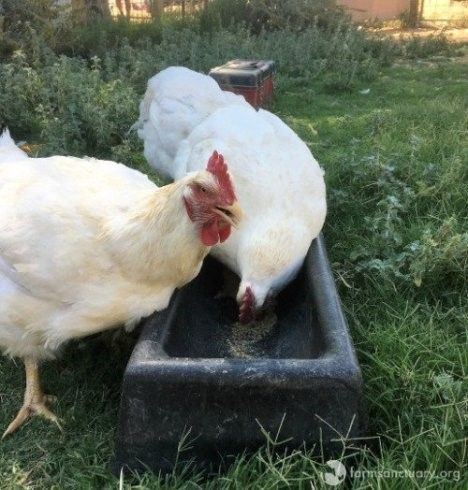 While eggs and poultry from free-range chickens are favored over buying the products of caged hens, the reality is that either way, chickens are cruelly slaughtered to fulfil consumer demands.

Frank Mitloehner, a professor at the University of California at Davis who studies the impact of animal food products on the environment, confronted the “misconceptions” of free range chicken farms and explained that, although in the free-range system there are no cages, “there’s not a dramatic amount of more space available… You still have barns that the animals are in, so they run around freely but are still in a tight area that is artificially ventilated.”

The reality of free-range farms is very different than the green, sunny, spacious vision many of us have.

Commercial chickens live a short life plagued by illness, cramped living spaces and slaughter. Egg-laying chickens have a natural life span of six years; however, after twelve months of laying eggs, their yield decreases, after which they are slaughtered for their meat.

In society, the poor conditions under which chickens are raised are often overlooked or ignored as the birds have a bad reputation for being dim, un-emotional creatures who deserve little compassion or empathy. In fact, chickens are sociable, friendly animals who can recognize their friends. Chickens show loyalty to each other and studies have shown them to be more intelligent than a toddler.

This family’s compassion provided “The Office” chickens with a full, dignified life, igniting a hopeful future for the animals we share this world with.