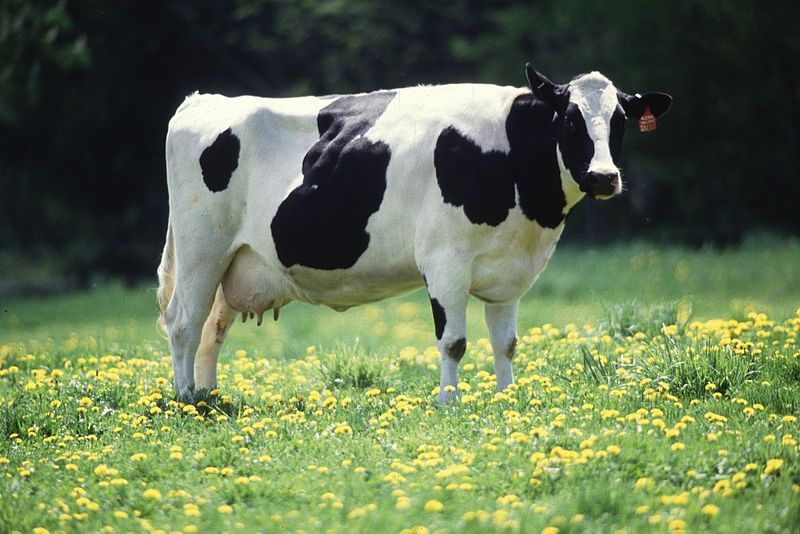 For one man, the dark truths of animal farming have not only come to light but have come to an end.

In the cruel dairy industry, cattle are artificially inseminated, separated from their offspring, hooked up to unhygienic milking machines and even beaten until they are taken to the slaughterhouse. For many cows, this cycle will sadly continue for the rest of their lives. The beef industry is similarly cruel, treating the animals as commodities and inflicting fear and suffering at the slaughterhouse.

Jay Wilde, a 59-year-old farmer in Ashbourne, Derbyshire, decided to spare his cows this painful future and has given his 63 cattle to a rescue center, where the animals can live out the rest of their lives in peace.

Wilde has been herding cows for most of his life and eventually took over the family dairy business when his father died in 2011. Having witnessed the emotional distress of the cows and their calves when separated, Wilde made the decision to replace dairy farming with organic beef production.

Now, Wilde has washed his hands of animal production entirely and donated his cattle to the Hillside Animal Sanctuary where they can live without torment, abuse and emotional trauma. Wilde explains that he is “relieved to have made the decision to no longer farm animals which, [he] always found upsetting.”

Family members have deemed Wilde as “absolutely insane” for giving away cattle which could fetch up to £40,000 at market. However, Wilde’s future is looking bright as he will soon be running a vegan organic market farm that supplies garden produce without using animal products or fertilizers.

The Hillside Sanctuary was delighted to announce that 30 of the cows are pregnant. For the first time in their lives, they will get to raise their own calves without the threat of separation.

In cattle farms, calves are literally dragged away from their mothers as little as two hours after being born. The mother’s milk, which is meant for her young, will be farmed for humans only, while their calves are fed commercial milk replacement which is often deemed unfit for human consumption. Mother cows have been known to bellow out for weeks after their calves have been taken from them.

Cattle are at risk of many illnesses due to the poor conditions of their confines. An extraordinary number of cows are put down due to ‘lameness’, an illness caused by the poor nutrition, indecent sanitation and unsuitable living conditions of their captivity. Like inanimate objects, cattle are heartlessly disposed of the moment they become useless in the eyes of the dairy market.

Many consumers are unaware that cattle are victims of selective breeding. Farm animals have undergone human-managed selection ever since their original domestication; For instance, dairy cows are genetically bred with one purpose in mind: to produce more milk. However, the selective breeding of cattle reduces their genetic variation, leaving them vulnerable to illness and disease. Their enormous udders have been genetically bred to increase milk yield and are uncomfortable and even painful for the cows. Cattle welfare is thoughtlessly sacrificed for the dairy demand.

While millions of animals are imprisoned for the sake of consumer demands, Wilde has stood up to the adversity of farming animals and has set an example for us all. Wilde said, “cows have good memories and a range of emotions. They form relationships. I’ve even seen them cry. It was very difficult to do your best to look after them and send them to the slaughterhouse for what must be a terrifying death.”

Fortunately, Wilde is not the only farmer to has chosen to safeguard his cattle and relinquish his dairy farming; Wendy Valentine, founder of the Hillside Animal Sanctuary, recalled a happy memory of a couple who “could not bear to continue dairy farming and kept their cows as pets with the help of the sanctuary.”

Despite the wide range of affordable dairy free and meat free foods, cattle are still enslaved to a life of discomfort, illness and maltreatment. With so many alternatives available, the treatment of cattle is not only cruel but unnecessary and bad for the planet. By choosing to send his cattle to an animal sanctuary, Wilde has demonstrated a deeply rooted compassion for other forms of life and has given his animals a life filled with kindness and care.