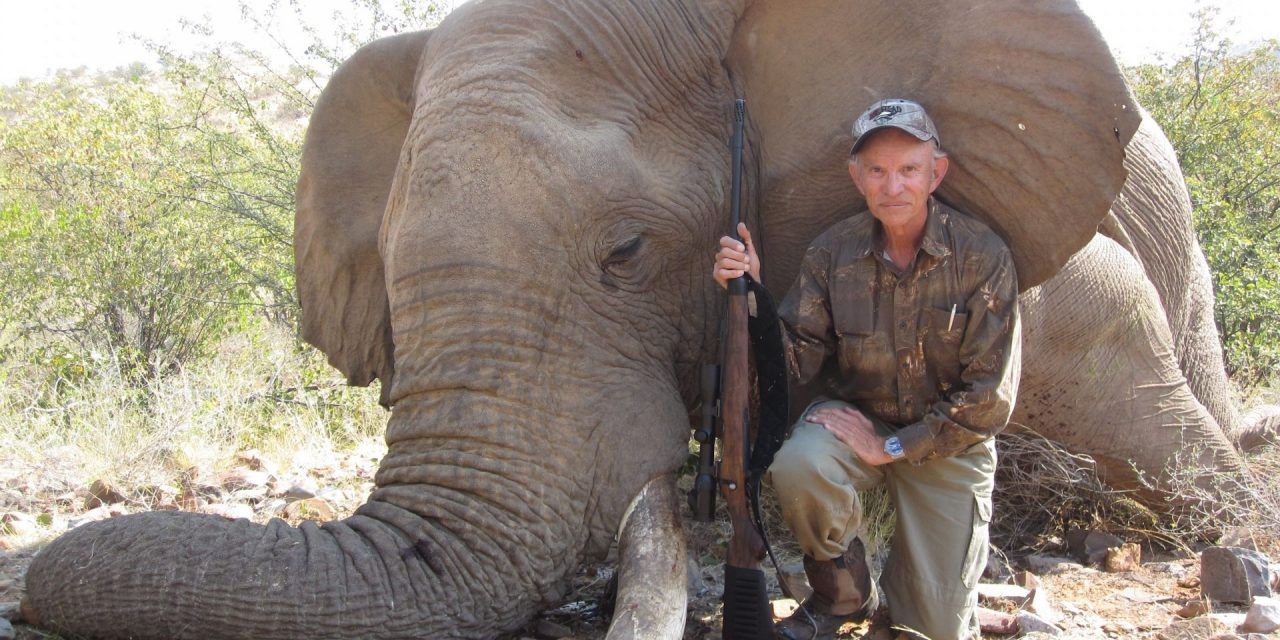 The elephants of Botswana are in peril as the government considers a motion that would lift the ban on killing these majestic animals, allowing trophy hunters to brutally slaughter elephants for sport. We must speak out to protect the elephants from this gruesome fate.

Elephant hunting has been banned in Botswana since 2014, but this motion asks the government to abolish the ban outside of national parks and game reserves. Tati East MP Samson Guma claims hunting the animals will resolve human/wildlife conflict in the region. But we must urge them to find a humane solution and not resort to barbaric killing.

When a big game trophy hunter shoots an elephant down, the animal dies slowly and painfully.  Due to the bulk and power of the elephants, even a direct shot to the head does not cause immediate death; instead, the elephant suffers in fear and confusion as the hunter shoots them repeatedly with a high-powered rifle.

If the headshots aren’t enough to drop these beautiful, gentle giants, the hunter will shoot them in the hip to immobilize them before finally putting a bullet into their brain.

Following this brutal act, the callous hunter proudly poses in front of the slain elephant before hacking off the tail as a souvenir of the kill.

We must speak out to stop the slaughter of Botswana’s elephants.

Sign this petition urging Botswana Ambassador to the US David John Newman to strongly oppose this motion, and work to protect elephants from poachers and all other threats.