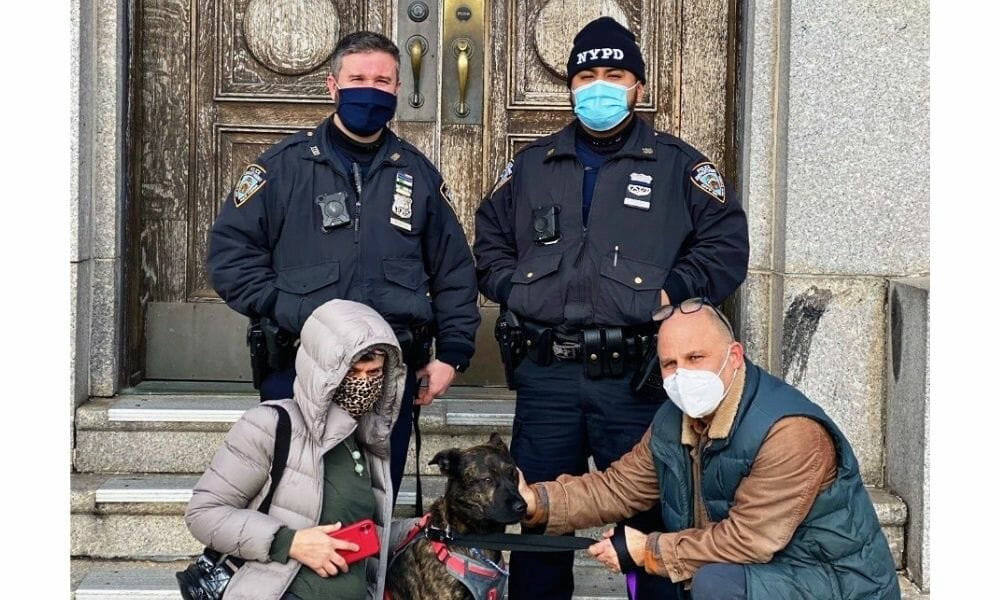 A dog named Tinkerbell found drowning in New York’s freezing waters is now safe and sound, thanks to the heroic actions of the New York City Police Department (NYPD).

While patrolling the #NYC waters a few minutes ago, our #Harbor members spotted this dog frantically trying to keep afloat in Jamaica Bay

They quickly pulled the dog from the freezing water, wrapped him up & immediately brought him to a local vet#RuffMorning

The officers sprang into action, pulled the pup from the frigid bay, and wrapped her in warm blankets. Then, they rushed her to a vet, where she received a clean bill of health before reuniting with her guardian.

UPDATE
A happy ending to a cold wet morning

After failing her physical for the #SCUBA Team, Tinkerbell has been reunited with her owner Jason

Thanks to our Harbor members for making this reunion paw-ssible pic.twitter.com/mylSj4wh2H

Lady Freethinker applauds the officers’ quick and brave efforts to save this struggling pup from ice-cold waters and get her back to safety.