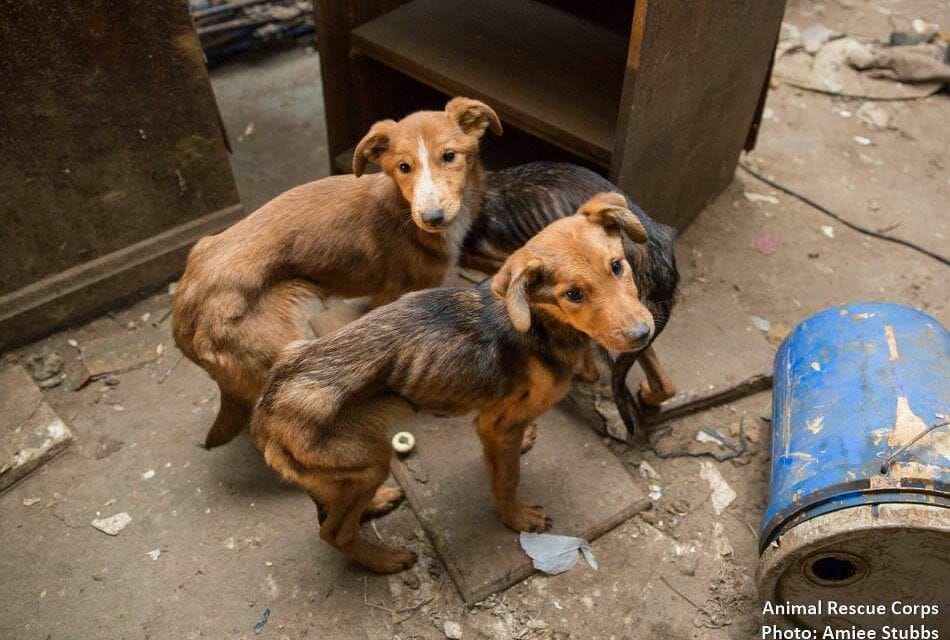 Nearly all of the dogs rescued from a major operation by Animal Rescue Corps in January are recovering from their ordeal, according to ARC Public Information Officer Michael Cunningham. Cunningham told Lady Freethinker that, fortunately, most of the animals from “Operation Resolution #5” in Lafayette, Tennessee have been adopted out and are living in their loving forever homes with new human companions.

“This rescue is one of my most memorable in the six years we’ve been doing this,” recalled Cunningham.” Sometimes I tear up just thinking about it.”

“I can’t believe we didn’t find dead dogs in that place,” said Cunningham. “It was an old country store front in rural Tennessee that a hoarder had been living in for a long time. He was put in hospice is now deceased.”

Cunningham recalls racing from across the state to reach the animals and save them from their dire situation.
“The conditions in the store were horrendous…[some]  dogs were so dehydrated that their eyeballs had sunken into their skulls and you couldn’t see them,” he said. “The place was thick with cobwebs, the feces was 6 inches deep and hard packed like clay. There was trash everywhere with broken glass, rusty metal and broken furniture.”
“The dog had eaten all of the soft parts of the furniture so only the wood was left,” he continued. “All of the light bulbs were burnt out so there was no light — but the ceiling fan was still spinning and there was a very creepy AM radio playing from somewhere in the darkness.”
Cunningham and the team brought the dogs to their emergency shelter for full medical evaluations, vaccinations, behavior assessments and socialization plans. The dogs were then transferred to ARC’s placement partners across the United States.
“Most have been adopted and a few are still recovering and will be placed up for adoption once they are done with their rehab,” reports Cunningham.

But it wasn’t an easy journey.

Other Rescues from “Operation Resolution”

In total, 131 animals — including dogs, cats, rats, mice, and a pot-belly pig — were rescued in the “Operation Rescue Series.” Details below:

Operation 1: 21 dogs were rescued that had been hoarded and then abandoned. They had been left to fend for themselves for approximately three weeks, living in and around dilapidated trailers and surrounding property until animal control received a report. Three dead dogs were also recovered from the property. Veterinarians say the animals probably died from exposure and starvation. 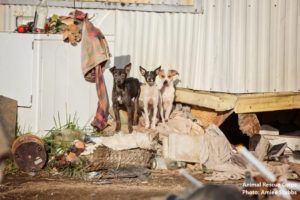 Operation 2: ARC arrived to another hoarding-abandonment situation. 17 dogs were rescued from the property, including one dead dog who probably died due to parasitic infection, anemia, and starvation. 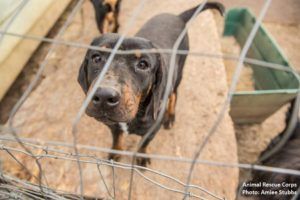 Operation 3: In cooperation with Hardin County Animal Control and Hardin County Sheriff’s Office, ARC rescued over 40 animals including dogs, caged mice and rats, and one cat, all living in a trailer where urine-soaked floorboards lead to dangerously high ammonia levels, forcing the team to wear face masks. The owner of the property surrendered all the animals to ARC. 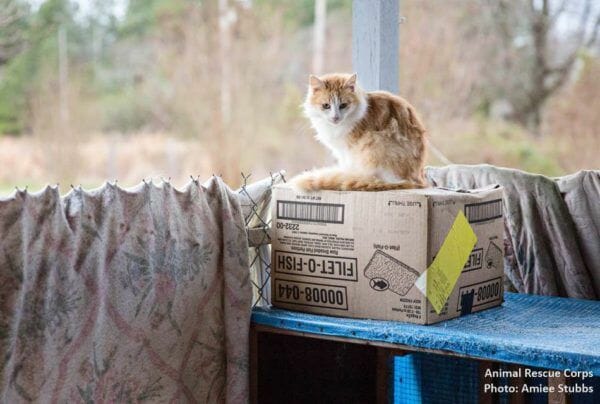 Operation 4 was a unique situation in which a man had been living in the woods for sixteen years and had acquired 31 dogs. The man was ready to accept help and move off the property to receive medical attention and a home residence. He cooperated with ARC to surrender the dogs and became an honorary member of the team. 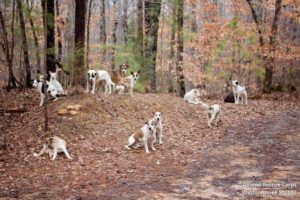 If you have any questions about Animal Recovery Corps or would like to donate to the organization, please visit their website at http://animalrescuecorps.org/