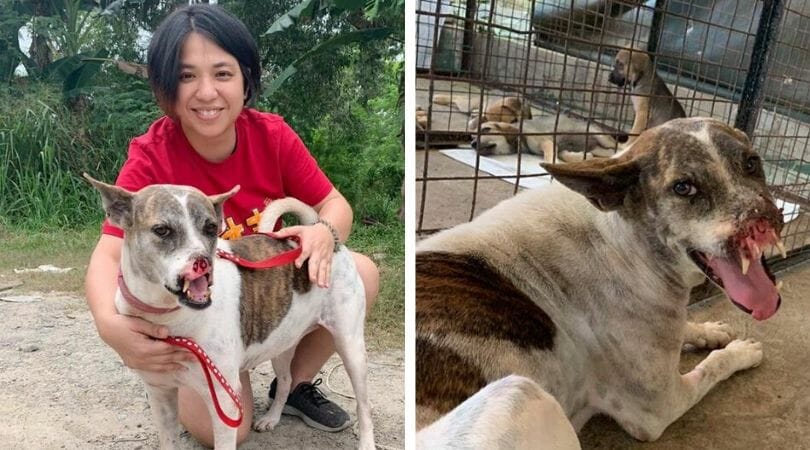 One year after making international headlines when someone sliced off her snout in Malaysia, an adorable dog named Noobu is now thriving at her loving forever home. Seemingly unaware that she’s missing her nose, Noobu happily plays with her guardian Lylian Lee and her furry friends.

The former stray, whose name means “Baby” in the Tibetan language, is lucky to be alive. Fearing that nobody would want to adopt her because of her mutilated face and the costly surgery and recovery, the veterinarian who eventually treated Noobu recommended euthanasia. But Noobu’s rescuers remained dedicated to saving her life.

“My initial reaction when I saw Noobu was, ‘how can someone be so cruel to an animal?’,” Lylian said. “I felt sorry for the dog and wished I could help in any way.”

In a Facebook post, BAWSS appealed to the public for information about the despicable act of animal cruelty after Noobu was found in the street last year with her two puppies. Unfortunately, nobody came forward, and Noobu’s abuser remains free.

Noobu has made tremendous strides in her difficult and remarkable journey, and she now lives a rather ordinary life. She even eats on her own, according to Lylian, who hopes the canine’s story inspires people to be kinder to strays.

“She has a happy life now.” she said. “She eats and sleeps well, too. No stray asked to be homeless.”