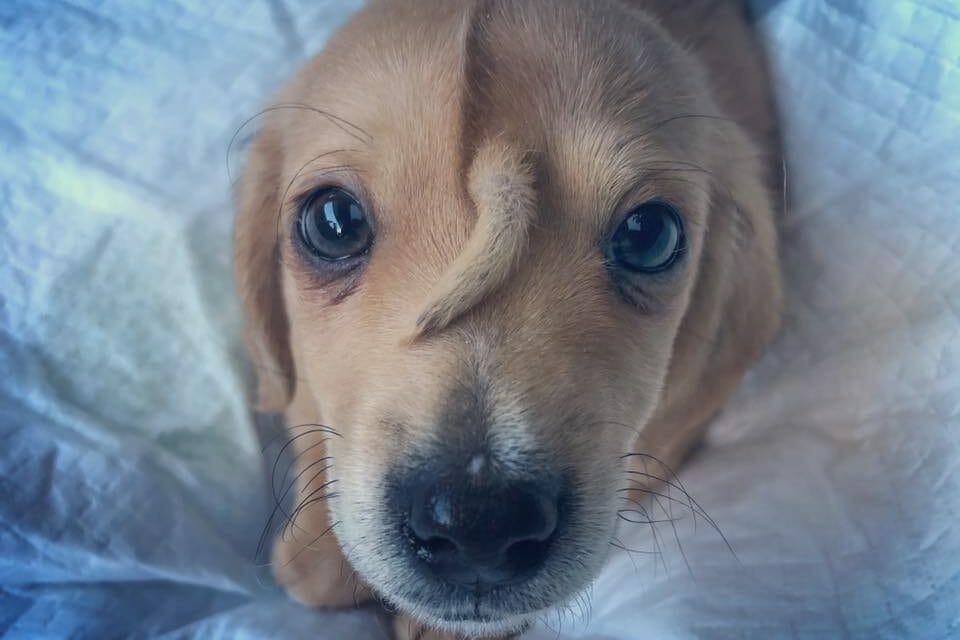 A beautiful 10-week old puppy with a “second tail” on his forehead has been rescued from the freezing cold streets of Missouri by Mac’s Mission rescue center.

Named Narwhal, after the whale with a spiral tusk, the tiny puppy had been cruelly abandoned, possibly because of his unique feature. Luckily, he was picked up by the rescue team, which frequently looks after animals with special needs, including those who are blind and deaf, three-legged canines and even a dog with five legs.

Photos and videos of this remarkable puppy have garnered thousands of “likes” on Mac’s Mission’s Facebook page. In fact, Narwhal has become so popular, he is now Mac’s Mission’s “special is awesome” poster child, raising awareness for the great rescue work the center does.

The “magical fuzzy unicorn puppy” has been examined by a vet who X-rayed Narwhal’s head and discovered that his unique extra tail isn’t connected to any other part of his body. The doctor said there is no reason for the tail to be removed at the moment as the puppy isn’t impaired by the extra appendage and it isn’t causing him any pain.

However, the cute puppy won’t be available for adoption just yet in case his “face tail,” which doesn’t wag, gets bigger and causes problems. Currently, the extra tail is about a third of the size of Narwhal’s regular tail.

“Right now, he is pretty much the most unique amazing example of what we do here, and we are so thankful to have the chance to be part of his journey,” a spokesperson from the rescue center commented.