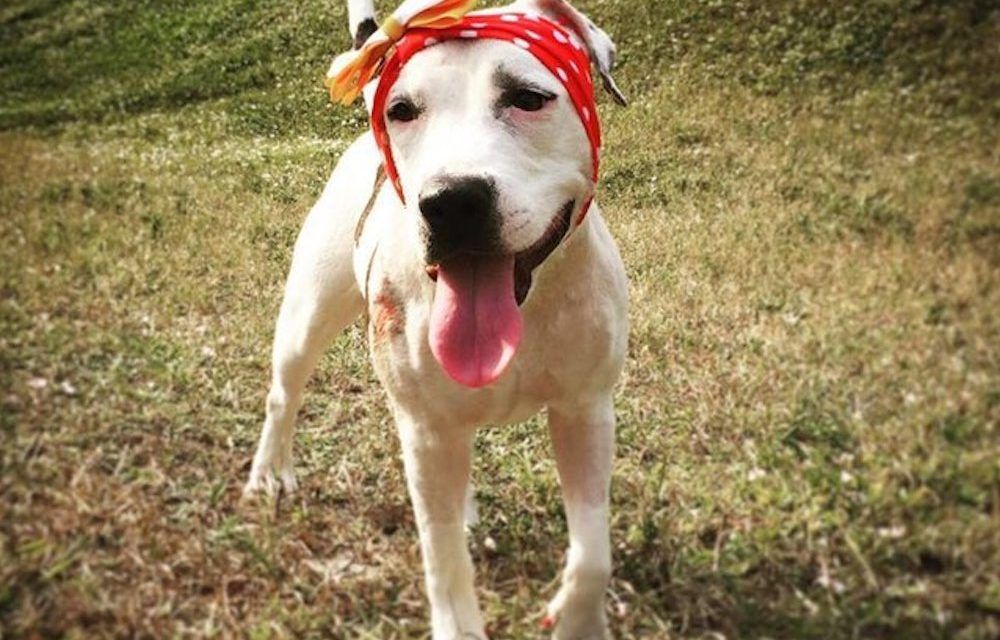 A pit mix dog named Abigail almost lost her life to dogfighting. Now she is being recognized for her indomitable spirit and resilience.

She was found anemic and infested with ticks, with scars covering her body. Half of her face was missing and she was covered in mud. Her wounds strongly suggested that she had been a victim of dogfighting.

She was taken to an animal rescue facility, and staff completed multiple major surgeries to address her extensive skin damage. She needed several iterations of gauze and wrappings for her wounds to heal. So the staff fashioned the medical gauze Abigail needed for her recovery to look like a bonnet with a bow, and then snapped some photos to capture her look.

Abigail’s unique wound dressings have drawn considerable attention. A Facebook page created on her behalf has garnered more than 12,000 followers and Abigail was recently named the American Hero Dog of 2017 at the seventh annual American Humane Association Hero Dog Awards. She earned  $5,000 and is going to help support Dogs on Deployment, a charity that assists military members with pet care and ownership. 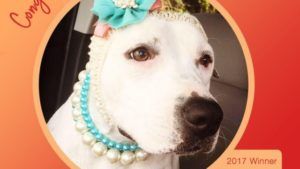 Dogfighting is a disturbing form of animal abuse. No animal should be forced into this brutal “sport,” which exists just for human entertainment and profit. At only one year old, Abigail was found on the verge of life after she was likely made to fight. But with help from a good Samaritan and LIFE Rescue in Florida, she has recovered and is now recognized as a hero and a living, loving symbol of healing and hope.