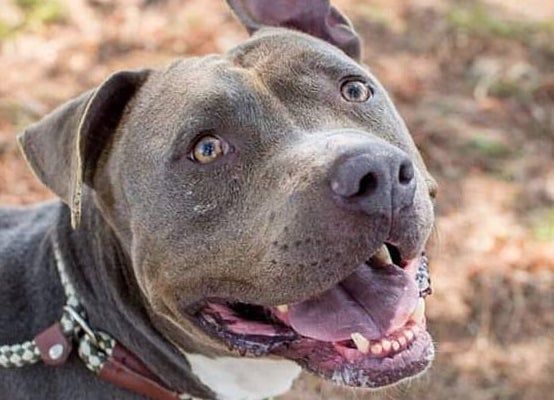 Sometimes, the seemingly tragic things that happen in our lives lead to unexpected triumphs. This was the case for Harold, a four-year-old gray pit bull in Myrtle Beach, South Carolina, whose ongoing rejection turned him into a hero when he saved the lives of six puppies.

This beautiful boy has been living at the Grand Strand Humane Society (GSHS) for over a year now. Described as a sweet pup who needs to be the only pet in his home, Harold has sadly been adopted and returned on three occasions during his time at the shelter. 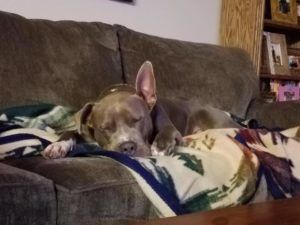 Most recently, staff were over the moon when Harold went to a new home in December 2018. Unfortunately, through no fault of his own, he was not a good fit and was returned to the shelter yet again.

Heartbroken, the staff did not anticipate what happened next.

When out for a walk one day, Harold started behaving oddly.

“He kept returning to an area where we load and unload shelter supplies and donations,” wrote the GSHS on Facebook. “He was circling, and refused to leave the side of a large Tupperware container that was sitting beside a truck bed.”

When the gentle canine refused to be led away, staff investigated the container he was sniffing around and discovered six abandoned puppies.

“Without Harold’s persistence, we may not have noticed them for hours given the number of containers and bags of donations that are constantly moving through that area. Our sweet boy saved the day!”

While hero Harold still awaits his forever home, he is receiving lots of love and attention at the shelter. We hope his recent act of valor helps earn him the loving — and permanent — family he deserves.