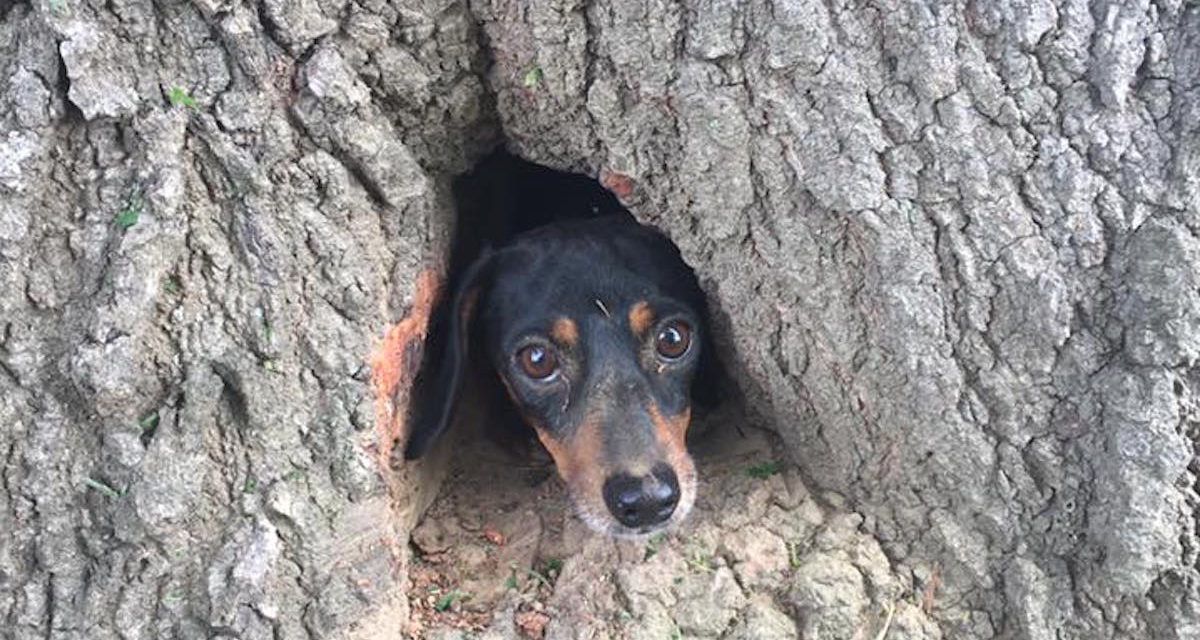 Two off-duty Kentucky State Troopers were mowing a cemetery lawn last Thursday when they heard what sounded like barking coming from a forested area nearby.

When they went searching, they discovered the source of the distress: a dachshund trapped inside the trunk of a tree, with just his little head sticking out of a small hole.

Later identified as Rocco, the dog had apparently climbed into a nearby groundhog hole, which led to a cavity in the tree. Once stuck, Rocco was unable to get himself back out.

After a few unsuccessful attempts to free Rocco, the troopers called for the assistance of the Salem Fire Department. Firefighter Daniel Newcomb came to the rescue. With no other options, he used a chainsaw to cut a hole in the side of the tree above Rocco, enabling him to safely free the pup. 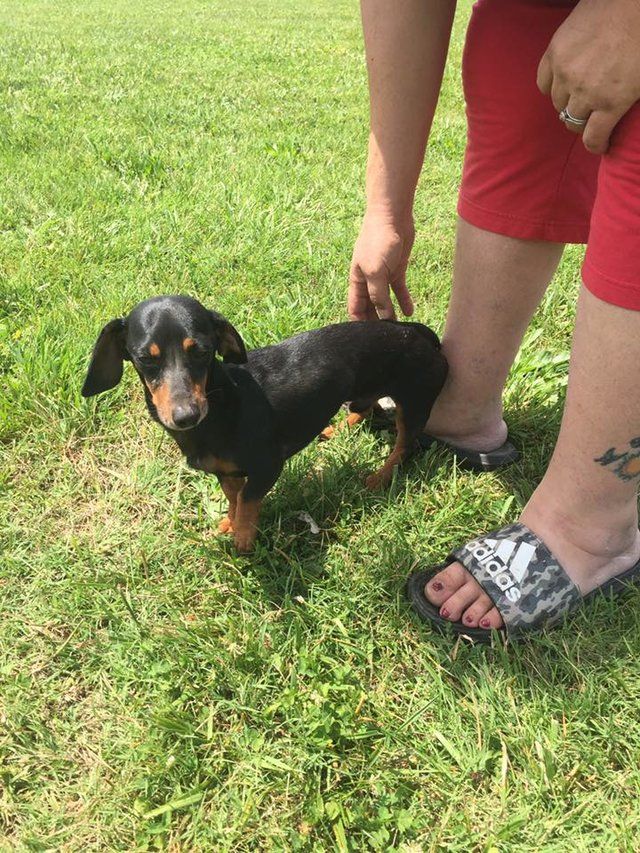 Once Rocco was liberated from the tree, measures were taken to ensure this unfortunate mishap wouldn’t happen to any other curious critters!

“The opening in the tree was made larger, should Rocco or another dog find themselves inside the tree again,” the KST explained.

Shortly after the rescue, Rocco was reunited with his owner a happy and free dachshund.