Dog Dies of Suffocation in Potato Chip Bag – Is Your Pet At Risk? 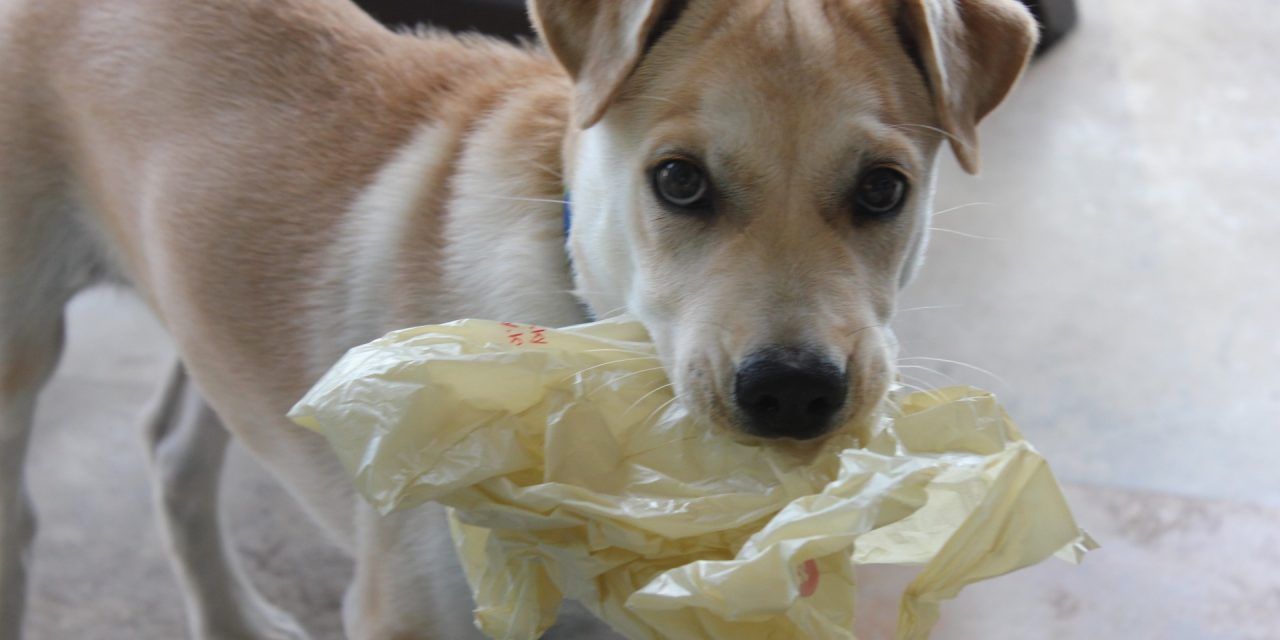 The dangers of used food packaging are in the spotlight after a much loved 5-month-old puppy died from suffocation after getting their head stuck in a potato chip bag last week.

After discovering that their rescue dog had gone missing from the house, the worried  family in La Porte, Michigan, reported to local police that their dog was stolen. They checked local rescue centers, talked to neighbors and put out calls for help on social media.

Sadly, they found the puppy deceased, in a room in the house that was seldom used. The dog had a discarded potato chip bag over the head and minor injuries to the body.

“At this time we believe that the dog possibly escaped from its own cage and got its head stuck in a potato chip bag,” said the police statement. “As the dog attempted to remove the bag from its head, it started to thrash around, causing some minor injuries.”

The veterinarian who examined the dog, Patrick Dorrah, said that it’s a more commonplace occurrence than we may think, and many people aren’t aware of the risk.

Bonnie Harlan, founder of Prevent Pet Suffocation, set up the organization after her 4-year-old dog suffocated when their head become stuck in a Frito Lay Cheeto bag. Her website is home to dozens of heartbreaking memorials dedicated to dogs who lost their lives due to these common household items.

“It’s very common,” said Harlan. “The problem is, people don’t know about it, and they don’t usually find out about it until it happens to their pet. Awareness is key. Maybe this family’s tragic story can help spread awareness.”

She says she hears about three to four new cases of pets who choke or suffocate from food packaging every week.

Harlan says that popcorn and chip bags pose the biggest danger, but cereal bags, pet treat containers and other packaging can also be a threat. When a pet tries to retrieve crumbs from the bag, it can create a seal and prevent access to oxygen. The animal will then panic and die from suffocation as the wrapper seals around the head.

Preventive Vet say that suffocation can happen in as little as 3-5 minutes. In a survey of 1300 pet owners, 9 out of 10 people did not know that their animal could suffocate from used food packaging.

It’s a simple fix to prevent a needless tragedy: ensure you store any food packages away from your animals, cut up the bags before you put them in the trash where a sneaky pet can find them, read these useful tips for preventing tragedy and share the information with your friends and family.