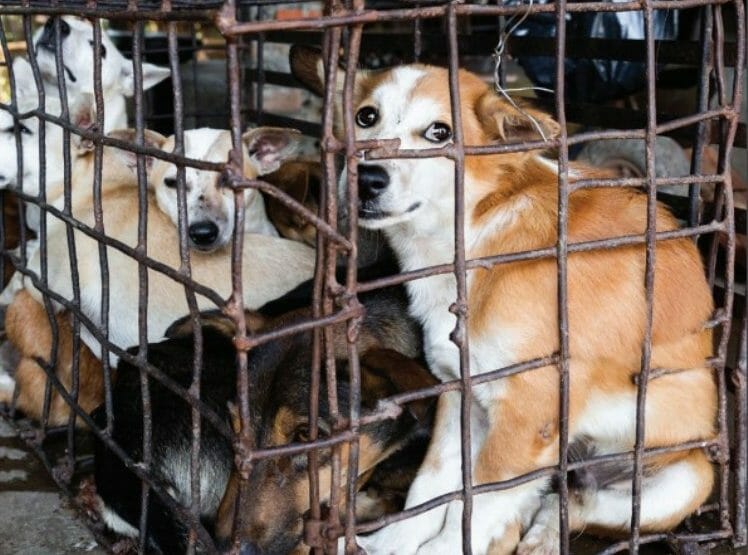 Each year in Vietnam, Cambodia and Indonesia, an estimated 10 million cats and dogs are killed for their meat — a practice that has serious implications for both animal welfare and human health, according to a shocking new report.

Animal welfare group Four Paws’ report highlights the significant threat of the dog and cat meat trade on the health of consumers, including an increased risk of spreading rabies and other zoonotic viruses, such as coronavirus, because the slaughtered animals are frequently bought and sold at unhygienic live animal markets.

This is in addition to the horrendous suffering these poor creatures are forced to endure. People who trade dogs and cats to meat markets often capture strays or steal pets from their guardians. Butchers then slaughter them by hanging, stabbing, drowning or burning them alive.

“The traders steal pets as well as stray animals and transport them all over the country – even across national borders,” explains Dr. Katherine Polak, veterinarian and head of Four Paws Stray Animal Care in Southeast Asia. “No one knows if the animals are infected with rabies or other diseases. The keeping and slaughtering of the dogs and cats, mostly in live animal markets or backyards, is not only extremely brutal, but also fails to meet minimum hygienic standards. This creates the perfect breeding ground for novel and deadly zoonotic viruses, such as the coronavirus.”

“Although most local people in Southeast Asia oppose dog and cat meat, the trade … has continued to serve as a niche business,” she adds. “The governments in Southeast Asia must act quickly to protect both animals and humans.”

The brutal slaughter of millions of cats and dogs for human consumption is horrific enough, and the added threat to human health provides even more reason to ban this inhumane industry.

Lady Freethinker’s petition to stop Vietnam’s horrific dog and cat meat trade has gathered over 27,240 signatures. If you haven’t signed yet, please add your name to help these innocent animals escape a terrible death.