Discarded Pet Goldfish Grows to Size of a Football 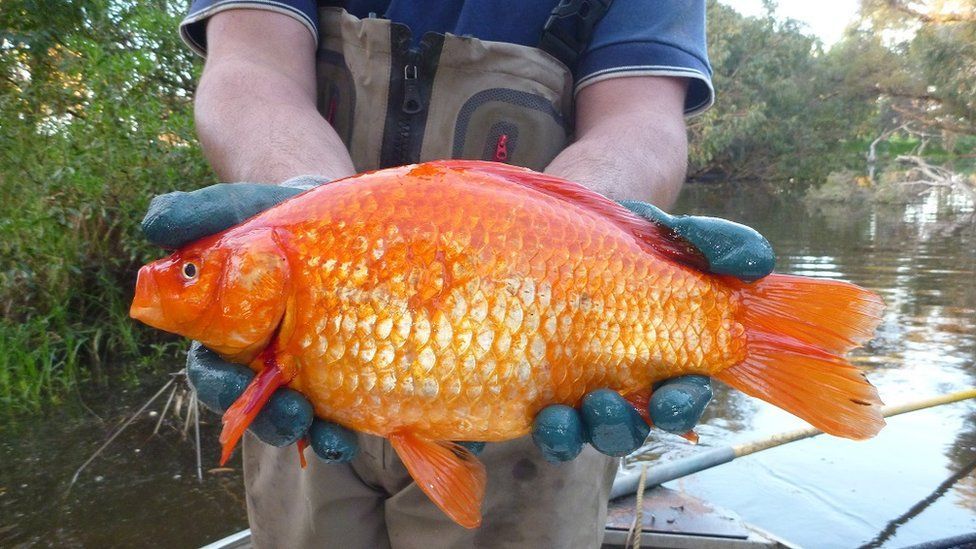 There are a lot of myths surrounding goldfish. Like the 3-second memory fallacy (scientists have shown fish can remember things for months), or the notion that they are non-sentient beings so it’s perfectly OK to trap them in tiny plastic bags and give them to children as “prizes.” Reigning belief also claims that these much-abused fish can only grow to a few inches long — but this myth has been thoroughly debunked by researchers at Murdoch University in Perth, Australia.

Dr Stephen Beatty and his colleagues at the university’s Centre of Fish and Fisheries are tracking unwanted pet goldfish in the Vasse River, and have discovered that the misunderstood animals can grow to the size of a football. They’re also migrating hundreds of kilometers every year throughout Western Australia. 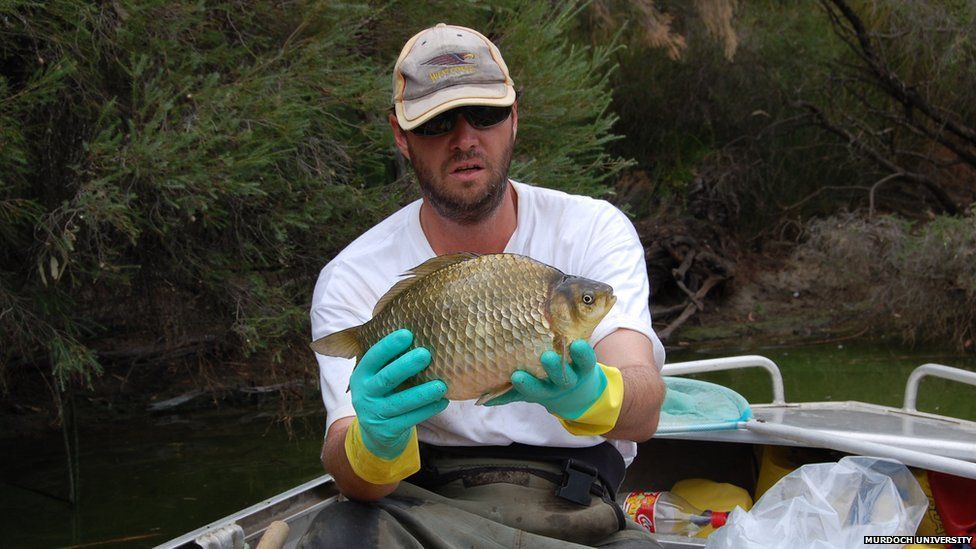 But goldfish are native to Asia, and considered an invasive species that would not exist in the Australian wild if not for the pet industry (and the people who dump the fish into waterways because they don’t want to care for them). 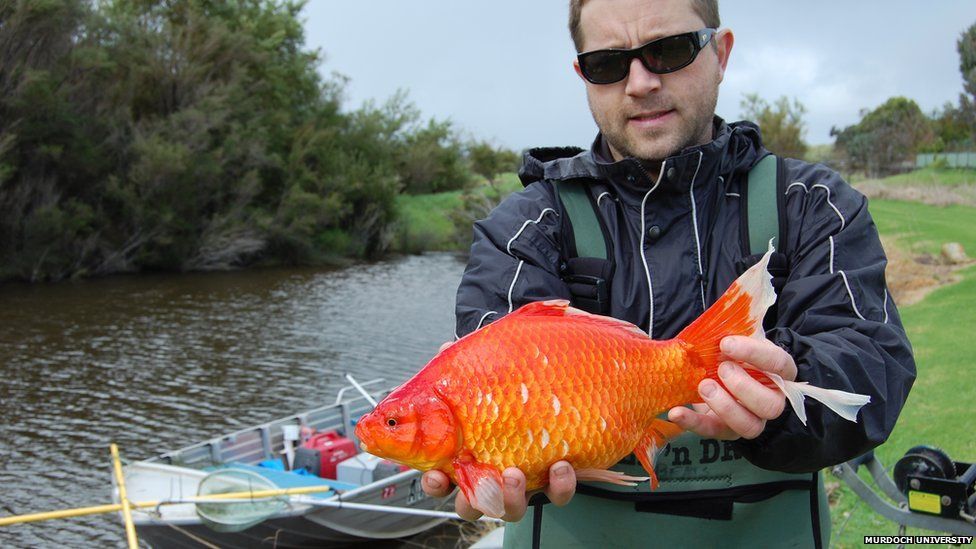 Goldfish dumpings are “having a fundamental ecological impact and are major drivers of the decline of aquatic fauna,” says Beatty.

As amazing as football-sized goldfish may appear, the species is best left alone in its natural habitat.
[ajax_load_more post_type=”post” posts_per_page=”1″ max_pages=”100″ transition=”none”]