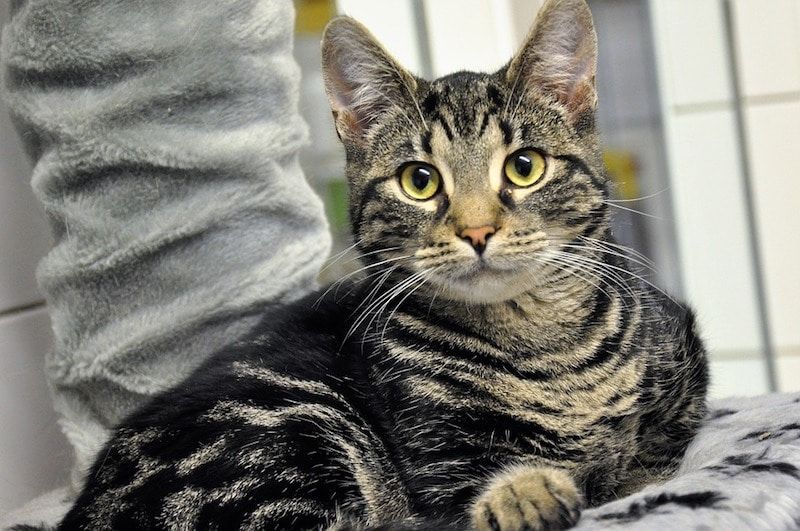 An Austin, Texas animal shelter and the proud adoptive mom of a heroic feline have two big reasons to be thankful.

Recently, when her blood sugar monitor started beeping and Merrick couldn’t wake her up, he then tried alerting her husband.

Carnine described the cat’s heroic actions: “A couple of times, like the third or fourth time it happened, he couldn’t wake me, he actually went over to my husband and he pawed at him, meowed in his ear and he actually bit him. And my husband got up and heard the alarms going off.”

Merrick’s grateful mom relayed news of the cat’s heroic deeds to Austin Pets Alive, the organization through which she adopted him. Austin Pets Alive submitted the special story to the Petco Foundation’s Holiday Wishes campaign and received a $5,000 grant.

In her story, Carnine describes how Merrick’s diligence is more than just life-saving. When she’s recovering from a bad experience with high or low blood sugar, Merrick comforts and cuddles her, staying by her side as long as she needs.

When Carnine had first learned about a litter of adoptable kittens in late 2017, she already had cats and wasn’t planning on getting another one. But there was something special about one of the kittens, Merrick, whom Carnine knew she was meant to provide with a forever home.

Merrick is a lovable cat who would have made a great companion to just about anyone, but with the way he keeps a watchful eye on Carnine and even saved her life, it truly seems like they’re meant for each other.