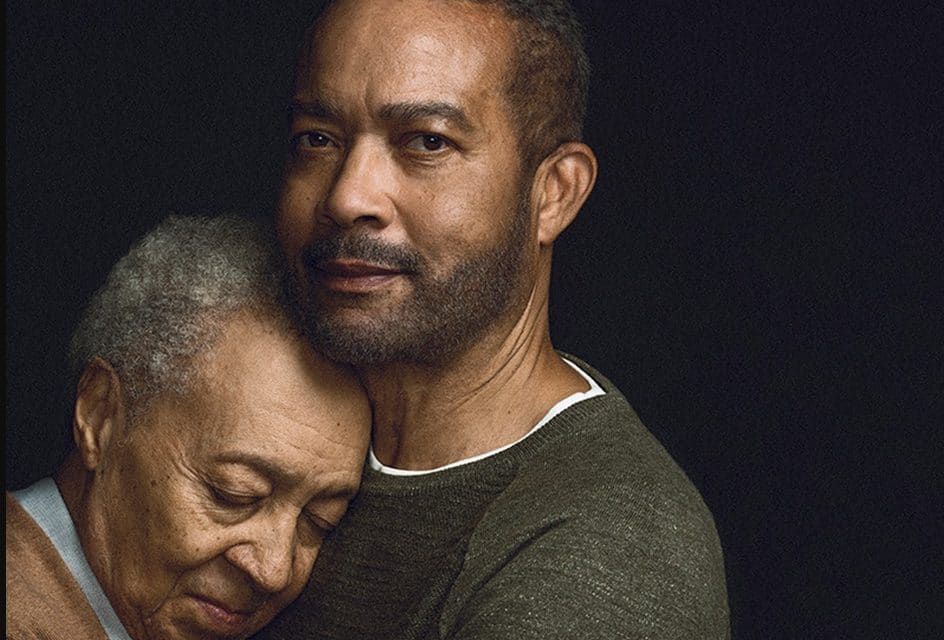 It may seem surprising, but forty percent of the 40 million unpaid family caregivers in the U.S. are men. This percentage has been steadily rising, breaking the stereotype of only women as caregivers, yet there is notable lack of dialogue and public awareness about this topic.

Danny Trejo, known for his macho toughness on screen and off, comically plays on this persona as he narrates about the toughest guy — “no, warrior” — on Earth, who works two jobs but only gets paid for one. He shaves himself with a machete, lights his arm on fire, and knits chain links. We watch Trejo tattoo a man’s face on his stomach juxtaposed with a shot of the man himself. This man is pictured in an apron feeding his father, lifting him out of his seat, covering him with a blanket. He is the toughest man in the world:

He also shares his own experience of being a caregiver in a brief but very honest, tough guy be gone video, mentioning “the dedication and absolute love that’s generated” by caregiving:

Stereotypically, people picture women as caregivers. In fact, if you research caregiving facilities, the majority of images that pop up are a smiling woman caring for mostly older women. And aggregate information indicates that the “typical caregiver” is a 49-year-old woman caring for a 69-year-old woman who needs long-term physical care.  It’s almost as if men are entirely absent from the equation of caregiving. Breaking the stereotype is hard, but as our demographics change so does unpaid family caregiving.

According to an AARP report, male and female caregivers struggle with different aspects of providing care. Contrary to opinion men are not consigned to dealing solely with instrumental activities of daily living such as finances and scheduling doctor appointments, but also with activities of daily living such as dressing, bathing, toileting, feeding, and administering medicine and injections. About 72 percent of men who had to perform nursing tasks felt they weren’t prepared to do so and desired training. Supporting mostly aging parents and spouses, 54 percent of male caregivers found it difficult to assist with personal needs yet are less likely than female caregivers to express their frustrations.

The ads are bit silly, but fun; and they can change the misconceptions about who a family caregiver is or should be. Unpaid family caregiving is indeed tough. These ads featuring Trejo might offer the strength and sense of community men need to seek help and support, changing the norm and our preconceived notions, as they care for others.