Police K9 Handler Turns Out to be Serial Dog Killer 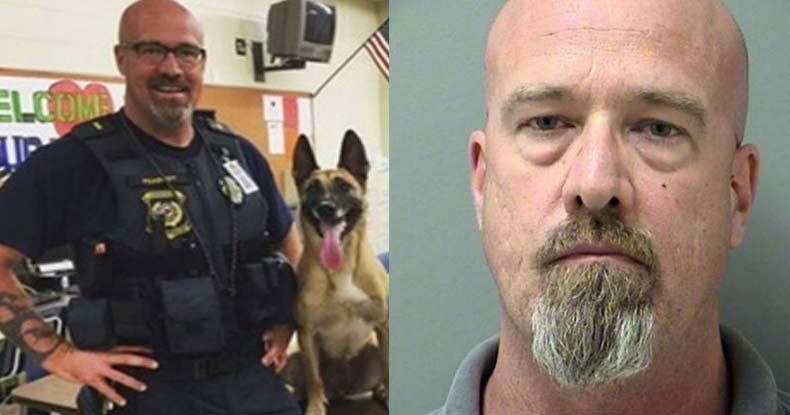 Former K-9 handler Daniel Peabody of Georgia has earned the title of serial dog killer by murdering two K-9 dogs and his own companion animal.

Peabody’s K-9 partner Inca died of heatstroke this June after the officer left her in a patrol car for three hours on a hot day. When questioned by police about Inca’s death, Peabody confessed to shooting another dog, Dale. Peabody had adopted Dale, his former K-9 partner, when Dale retired from the force. Peabody had previously tried to cover up the killing by claiming that Dale had choked on a toy.

As if murdering two K-9 partners weren’t enough, police discovered that Peabody had shot his own companion animal, as well. The body of the dog, thought to be Inca’s grandmother, was found at Peabody’s Texas home, where he had lived before moving to Georgia. She died from a gunshot wound to her head.

Peabody has been charged with felony animal cruelty and lying to police.

Though most officers do not set out to kill dogs, far too many shoot and kill dogs in the line of duty —  even when the dogs are friendly and wagging their tails. Lacking proper animal training, the officers turn to guns when they feel threatened, even when the animals pose no real danger (please help end this “puppycide”  by signing Lady Freethinker’s online petition).

Police shoot dogs for a variety of reasons: perceived or actual threat, an unleashed dog, officers going to the wrong address and encountering an unexpected canine, miscommunication (thinking that a harmless dog is going to hurt them), a protective dog, if the dog appears to be a dangerous breed, and not realizing that a dog is on the property are some possibilities.

Solutions include training officers to utilize non-lethal methods such as Tasers, investigating the use of fatal force, and using police body cameras.

Former officer Peabody is an exception — he is an animal abuser, and clearly did not act out of any sort of perceived self-defense. May justice be served for the three canine lives he has taken.