Cyclist Finds Puppy Hit by Car, Carries Him for Miles to Save His Life 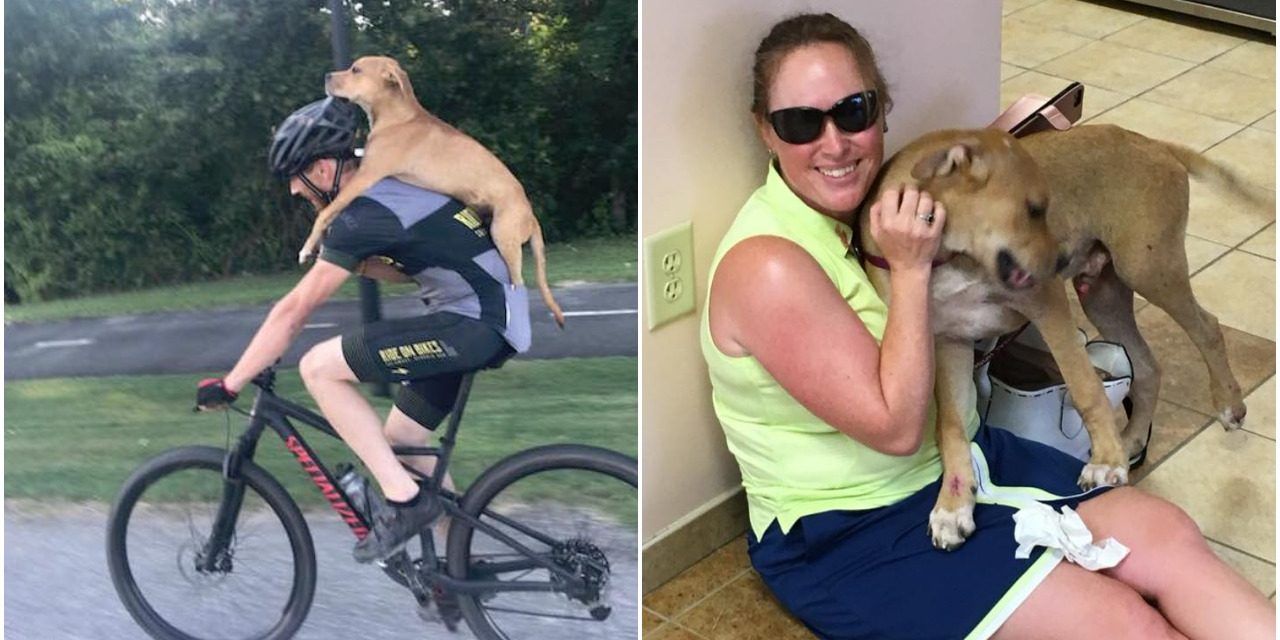 Cyclists out for a group ride in Columbus, Georgia, returned to town with an extra companion after discovering an injured puppy on the side of the road. Hit by a vehicle and left for dead, the five-month-old pup had a broken leg, broken toe and some serious grazing from his ordeal.

Although malnourished and injured, the puppy instantly trusted cyclists Chris Dixon and Jarrett Little, gobbling up the high-energy snacks the duo offered. There was no way the kind-hearted pair were going to leave the Great Dane cross behind.

“We couldn’t leave him,” said Little. “Out there where he was next to Oxbow, he was going to end up alligator food. In my head, it was, “We’re saving you from that now, we will figure out the rest later.”

After deciding to take the puppy back to town with them, they had the tricky task of figuring out just how to cycle 7 kilometers with an injured dog on board!

Dixon tried unsuccessfully to carry the oversized pup on her handlebars. But Little managed to ‘piggyback’ the brave canine, slipping the dog’s hind legs into his back pockets and helping steady him with one hand as he rode.

On arrival back in Columbus, the rescuers happened to walk past Maine native Andrea Shaw, who was in town doing business. The puppy immediately approached her, licking her face, and it was love at first sight for both parties.

Shaw said she decided then and there that this abandoned dog would be coming back to Maine with her. But first, she took the lucky pup  – who she named “Columbo” – to a local vet. He needed four pins in his rear leg to stabilize a bad fracture and had to wear a cast on his front leg for the broken toe. 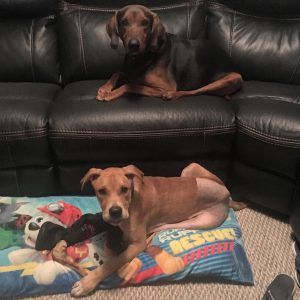 Columbo, also known simply as “Bo”, is well on the road to recovery. He has settled beautifully into the family home – a horse farm in Maine – with his two coonhound dog brothers, Levi and Pluto. The pampered pup even has his own Facebook page, with plenty of adoring fans.

The rescue was a string of happy coincidences that started with a simple act of kindness and ended with Bo finding his forever home with a loving family –  it demonstrates the power of compassion in changing lives. 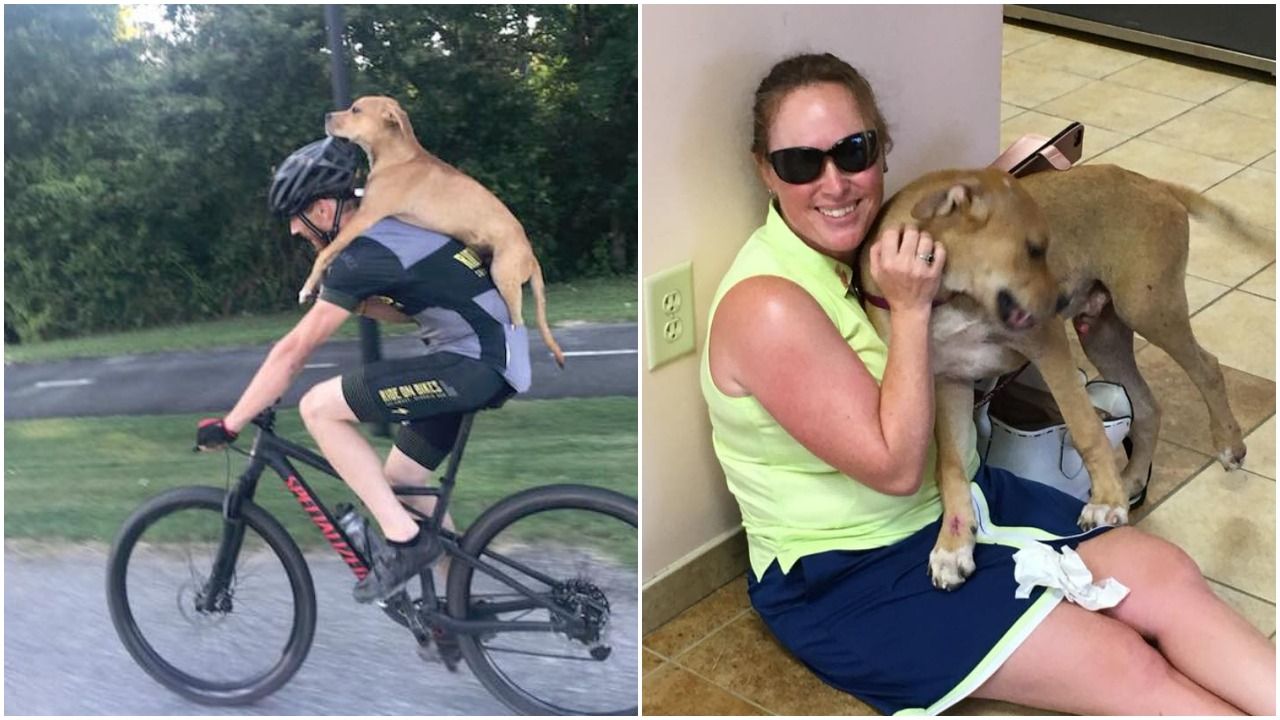