‘Cook Vegan for Me’ Series Explores the Delicious Side of Compassion

Home » Animals » ‘Cook Vegan for Me’ Series Explores the Delicious Side of CompassionBy Cassandra Cyphers | September 22, 2019 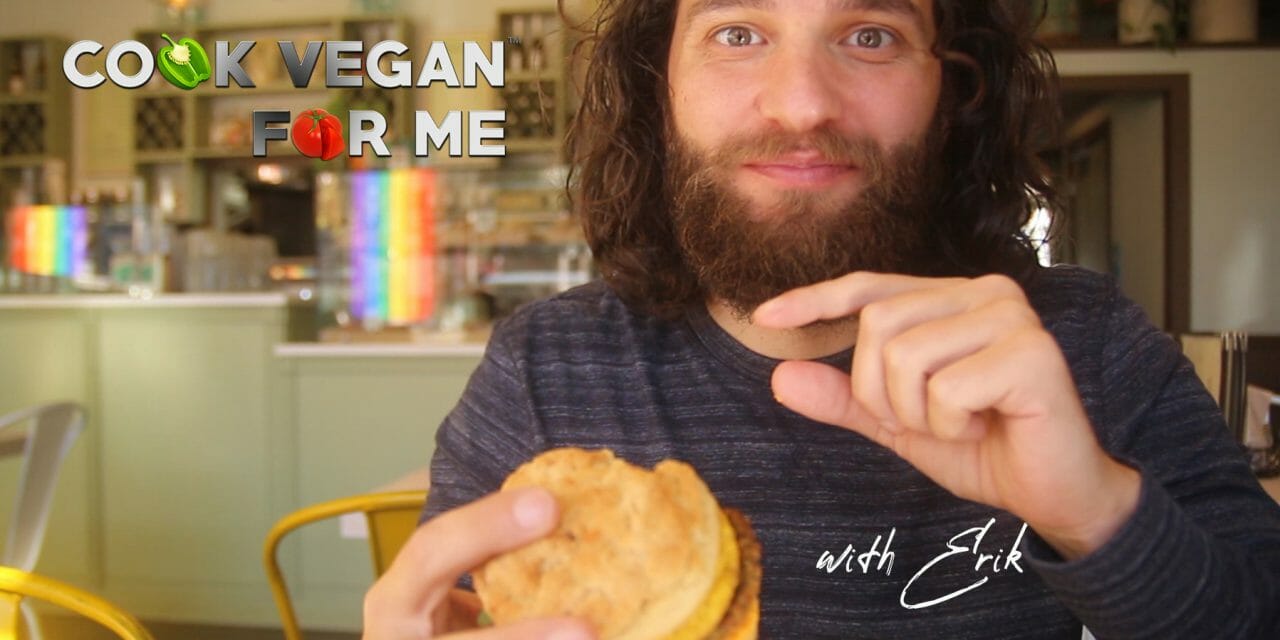 Image Credit: Cook Vegan for Me

A plant-based diet can be a reality for everyone—that’s what Tracey Kleber wants the world to see in a new video series she created, Cook Vegan for Me.

LFT founder Nina Jackel caught up with Tracey, the executive producer at Animal Time, LLC, to talk about her latest release and her goals with the project. 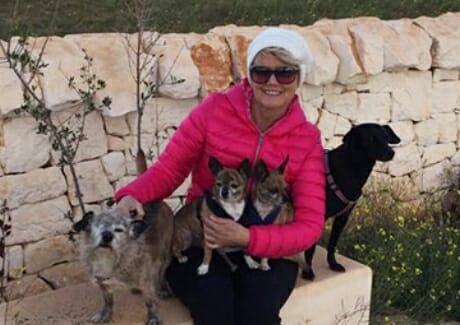 Nina: Can you explain to LFT readers what Cook Vegan for Me all about?

Tracey: Cook Vegan For Me is a vegan lifestyle series in which our host Erik Hastings, a former meat eater, hunter and fisherman turned vegan, takes viewers around the country and around the world in search of vegan adventures and non-vegan chefs who will accept the challenge of cooking a vegan meal.

He will then sit down with a group of non-vegan diners and share the chef’s creations and we will capture their reactions. We will also engage with a vegan-friendly non-profit organization in each location to learn about their work.

Nina: What inspired you to create the show?

Tracey: Both founders of our production company and the host of the series are vegans.  And we wanted to find a way to extend our advocacy on a larger scale. We believe that through the creation of vegan-friendly, family-friendly entertainment properties we could accomplish this in a unique way.

All of us share the opinion that there are many valid and effective forms of advocacy and activism.  And we applaud everyone who takes the challenge of bringing consciousness regarding the benefits of veganism for animals, the planet and health to the population.  In the case of this show, however, we are embracing the non-confrontational end of the spectrum and feel strongly we can be successful.

Nina: What are your goals with the series?

Tracey: At the end of the day we all believe that a vegan lifestyle requires no sacrifice. That vegan food is REALLY good food. And through our show we will create a dialogue with non-vegans by sharing meals and allowing them to experience how delicious these dishes can be, while also engaging them in a conversation about any skepticism they may have about veganism.

In doing this we hope to open hearts, minds and palates and encourage people to take steps toward more compassionate food and lifestyle choices.

Nina: What has been the most challenging part about the production process?

Tracey: Every stage of production offers different challenges. During pre-production, our team was spread out so production meetings via WhatsApp and Skype were essential. We expected that finding a travel destination with a restaurant/chef that would participate would be difficult, considering our unproven concept.

But we were so thrilled to receive a warm welcome from Josh Bokish at the Osprey Café in Seaside, Oregon. During production, we couldn’t have asked for better weather or more seamless production days, and the fact that there were no mishaps during surfing brought a lot of relief. Post-production was a little more challenging than the other aspects, mostly because we had so much incredible footage.

Choosing what to include and what to leave out was hard, but in the end we felt like we represented the creativity of our non-vegan chef, captured the honest and positive opinions of our meat-eating guests and profiled the beautiful and vegan-friendly fun to be had in Seaside, Oregon.

Nina: On a personal note, what is your favorite vegan meal?

Tracey: Oh dear, that’s a tough one. There has never been a better time to be a vegan. New options, both in restaurants and grocery stores, seem to pop up every day. Do you think it would be a cop out, however, if I were to say avocado toast?

Nina: Yum! Definitely not a cop out. So what is the main takeaway from shooting this show?

Tracey: We are just so excited to be working on this project. Until you film something, it’s hard to tell whether your concept is valid.  By going to Seaside, OR, and having the pilot turn out better than we could have hoped, we have been inspired to keep moving forward.

Our plan is to shoot a full first season of the show and include not only US, but international markets. We hope our viewers are entertained and inspired. And that we can affect positive change in the world.

Learn more about “Cook Vegan for Me” at https://www.cookveganforme.com