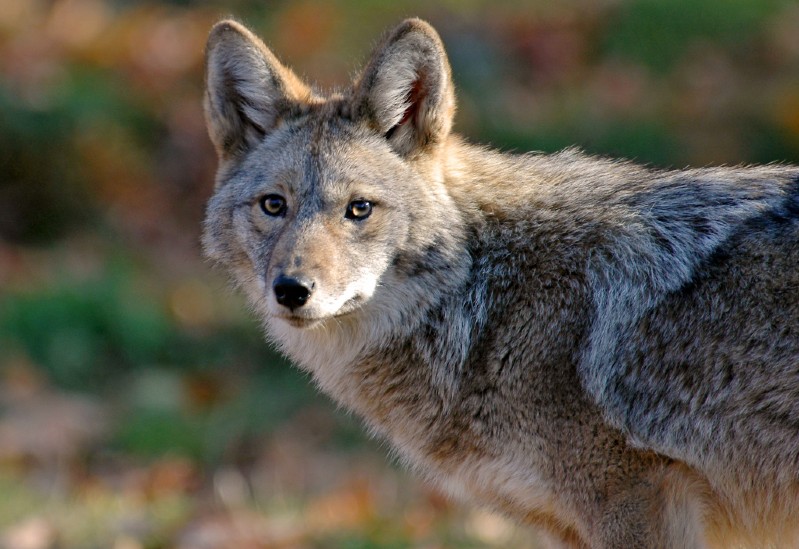 Three conservation groups have sued Ontario’s government for allowing an annual coyote killing contest that pays out thousands in cash prizes that they allege is in violation of the province’s Fish and Wildlife Conservation Act.

Chesher’s, an outdoor outfitter near Belleville in Canada, has sponsored the killing contest since at least 2018, with past cash prizes paid per killed coyote or pocketed by the hunter who killed the most coyotes.

Those prizes were discontinued during last year’s hunt  after consultation with the Ministry of Northern Development, Mines, Natural Resources and Forestry (NDMNRF) – which regulates hunting – determined they represented a “bounty,” in violation of existing laws, according to a Facebook post from the store.

But this year’s killing contest, which ran from Feb. 1 through Feb. 28, still offered cash prizes totaling $2,500 to those who killed the five heaviest coyotes.  Additional prizes were offered for “hidden weights” chosen in advance of the contest, according to the Fur-bearers, an environmental charity who is one of the plaintiffs in the suit.

Chesher’s did not respond to media inquiries prior to publication of this story. NDMNRF said the matter is under review with their department.

“Ontario has been served with a notice of application for judicial review,” NDMNRF said via email. “Ministry counsel are reviewing the application. As this matter is before the courts, it would be inappropriate to comment further.

The Fur-bearers, along with Animal Justice and Coyote Watch Canada, sued Ontario in Superior Court, alleging that the contest runs afoul of existing regulations that prohibit hunting “for gain or the expectation of gain” and actions that “induce another person to hunt for gain” or cause a person to “pay or accept a bounty,” unless explicitly authorized by the NDMNRF in writing.

The groups say they have no evidence, or responses from the NDMNRF or the store, that those authorizations have ever been issued.  Repeated requests to the NDMNRF to comply with existing laws have been “largely ignored,” said Animal Justice Staff Lawyer Kaitlyn Mitchell.

“Because this cruel contest appears to be in direct contravention of Ontario’s hunting and conservation law, our groups have no option but to go to court,” Mitchell said in a statement. “No one is above the law, and when governments violate laws designed to protect animals and ecosystems, they must be held accountable.”

Michael Howie, spokesperson for the Furbearers, said at least 8,000 submissions to the NDMNRF from members of the public and the media asking for enforcement of the laws, and an end to the killing contest, have been ignored.

“If they’re not willing to enforce a clear law, I think there’s a whole lot of other questions that are going to come up,” Howie told The Toronto Star.

“These concerned members of the public – and the media – deserve transparency and explanations from their government,” he added, to The Intelligencer.

The groups are represented by Mitchell, Scott Tinney of Animal Justice, and Arden Beddoes of Beddoes Litigation.

Canada is not the only country where these cruel, senseless, and wasteful killing contests are taking place.

If you haven’t already, please check out Lady Freethinker’s investigation into a coyote killing contest in Pennsylvania and our petition asking the Pennsylvania Game Commission to end this brutal killing for cash prizes.