SIGN: Ban Cruel PA Killing Contests Where Animals Are Gunned Down For Cash 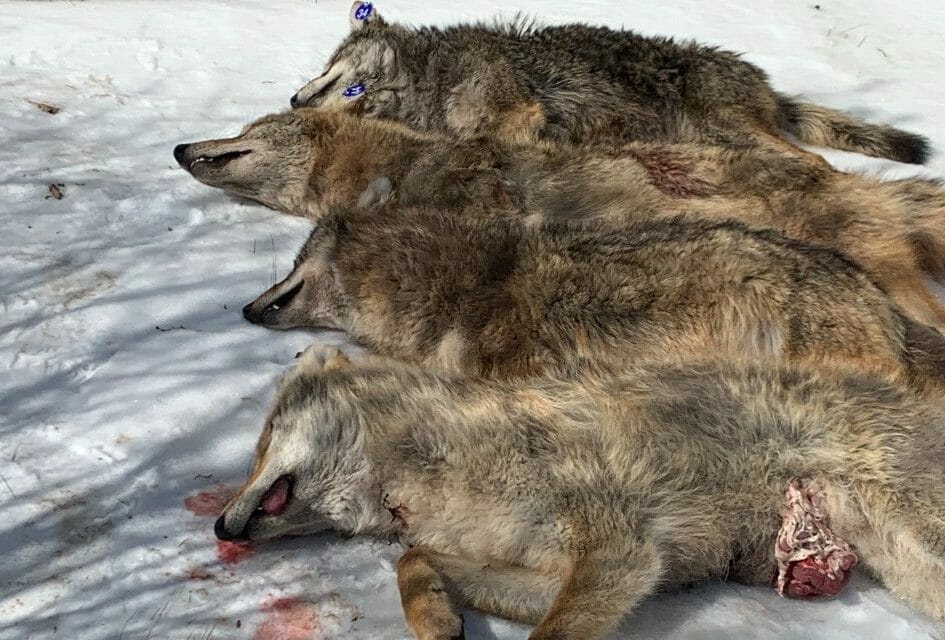 A blood spattered coyote lay lifeless on a patch of snowy ground  – eyes glazed, tongue out, front and back legs bound – as a person stooped to punch a tag into her ear.

She was one of at least 34 coyotes lured by high-tech calling devices or chased by dogs and then massacred with high-powered firearms over a three-day killing spree, in a single wildlife killing contest in Pennsylvania fueled by cash incentives and gun giveaways.

Participants in the 19th Annual Sullivan County Coyote Hunt killed the coyotes from across ten PA counties and then trekked the bloodied bodies to the Laporte Fire Hall, where they watched as organizers bound the dead animals’ front and back legs together, hung them on a hook, and called out their weights. 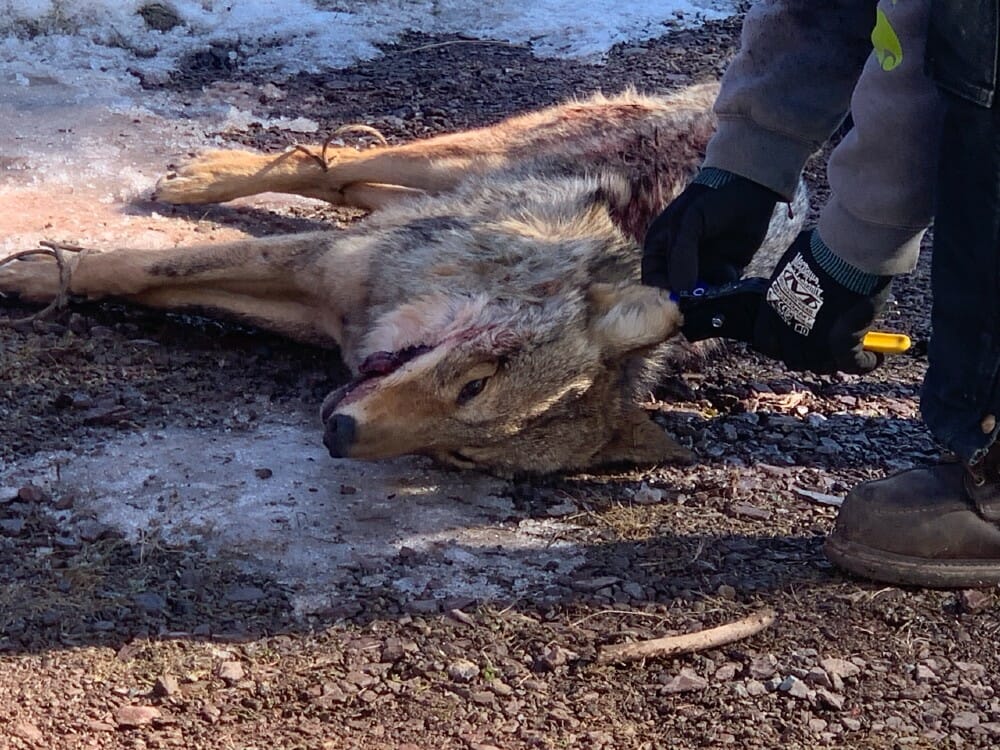 An investigator working for Lady Freethinker who attended the event noticed disrespectful treatment of the lifeless animals – including dragging them across the ground by their tails, using their bodies as foot rests, kicking their heads back and forth, and referring to the animals as “fuckers”.  The investigator also noticed two younger individuals playing with a hanging coyote, with one encouraging the other to “take a picture of his butt.”

Another hunter was heard saying “I like them dead. They’re better off dead,” while a presenter at the event – who gave tips to those gathered on how to kill more coyotes – was overheard describing the killing as “fun and addicting,” according to LFT’s investigator.

There is no honor in using high-powered technology and firearms to kill innocent animals for cash and prizes, nor in abusing and disrespecting the dead bodies of animals whose only crime was to exist. 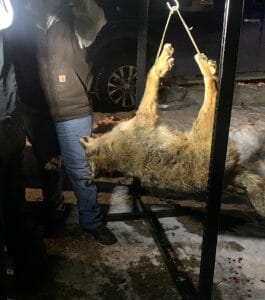 Coyotes live in bonded pairs. They take great care of their pups, who often cannot survive without them. They have complex means of communication and a social hierarchy. Not only  are they cruel and unethical, these contests also are pointless.

While our investigator heard a few participants talking about how they couldn’t find deer to hunt, the Pennsylvania Game Commission has reported that deer populations are stable, that coyotes do not have an impact on the local deer population,  and that predations on deer – by all species of predators in the state – account to less than 1 percent of deer deaths.  Pennsylvania’s livestock also suffered the fewest depredations of all states, with less than 2 percent of operations reporting losses, according to the most recent report published by the U.S. Department of Agriculture.

It’s also not just coyotes that are under fire in Pennsylvania: The state’s dozens of contests also incentivize the mass killing of squirrels, crows, bobcats, raccoons and foxes.

Eight states, recognizing the inherent depravity of incentivizing the killing of innocent wildlife, have banned these cruel killing contests. It’s time for Pennsylvania – which has more killing contests than any other state in the nation – to stop this insanity. 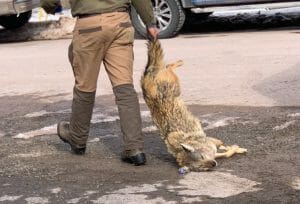 Sign our petition urging the Pennsylvania Game Commission to initiate a rulemaking change that would prohibit any person or agency from offering cash, prizes, or otherwise “incentivizing” the indiscriminate killing of innocent wildlife, as other state commissions have done, or whatever is in their authority to do to prohibit or restrict these cruel contests, as permitted by existing Pennsylvania law.

We’re also asking that the fire departments and businesses who sponsor this hunt withdraw any future financial support and find other, more humane ways to support their local communities.

Then, if you are a Pennsylvania resident, please respectfully and politely reach out to the PA Game Commission and tell them you are sickened that these cruel contests – which have no documented benefits, but which glamorize and incentivize massacring wildlife – are still allowed in Pennsylvania and that you hope they will do all they can to ban wildlife killing contests in the state. You can reach them by email at: [email protected]. 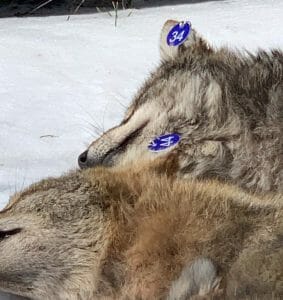