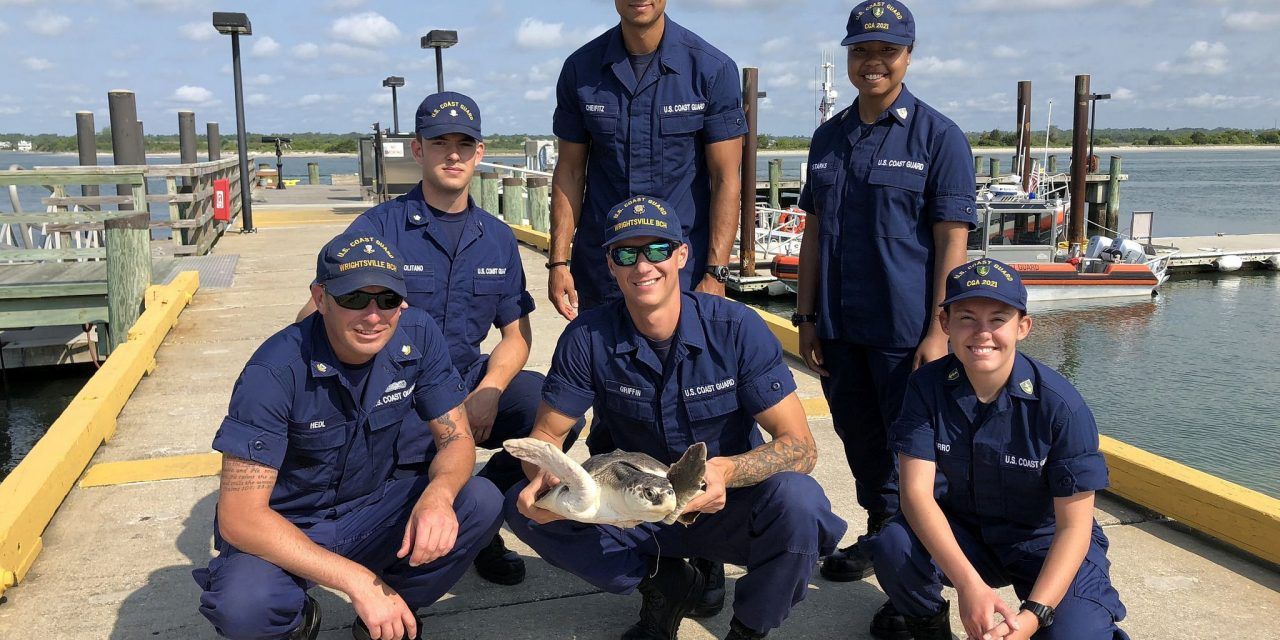 On May 14th, one sea turtle got lucky when someone spotted the injured animal off the coast of North Carolina. An unnamed person on board a 75-foot fishing boat called Lady Lisa spotted the turtle floundering in the water near the boat. With an injured fin and a hook in its mouth, the sea turtle was clearly in danger.

Those onboard the Lady Lisa decided to help, and called watchstanders at Station Wrightsville Beach. The Coast Guard and a representative from the North Carolina Wildlife Resource Commission responded to the call, coming out in a boat of their own to meet the Lady Lisa and save the turtle. 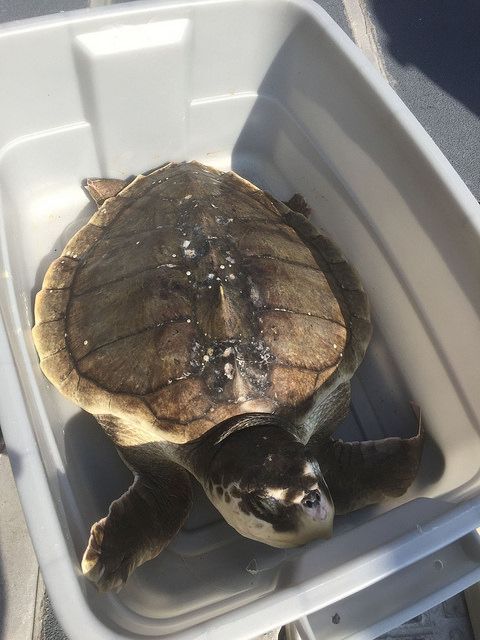 The rescue crew took the turtle and transported it to The Karen Beasley Sea Turtle Rescue and Rehabilitation Center in Surf City. The Center specializes in rescue, rehabilitation, and release so there’s a good chance the turtle will be released back into the wild after treatment and recovery. 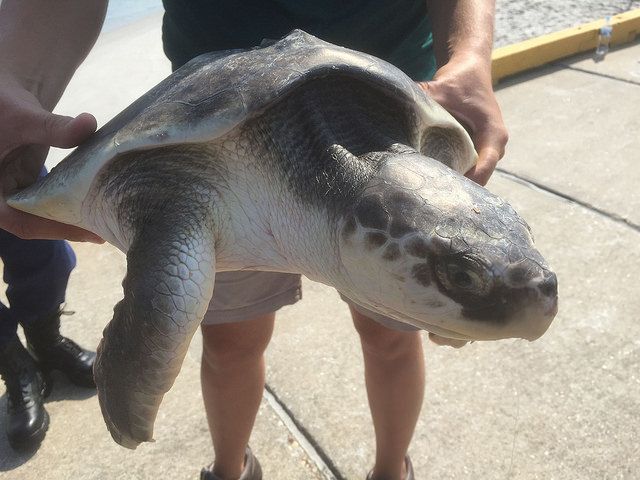 “Due to the Lady Lisa’s quick action, authorities were able to transport this injured sea turtle to a facility where it can receive the care it needs,” said Commander Matt Moorlag, the Sector North Carolina deputy sector commander. “The boating public plays a vital role in the conservation of our protected species.”

Individual acts like this may seem small, but make a big difference in saving animals’ lives. Most sea turtles are classified as endangered, but decades of conservation efforts have helped certain species make a comeback. Helping this little turtle didn’t take much effort, but it does have a big impact on this turtle’s life, and on the resilience of the species as a whole.