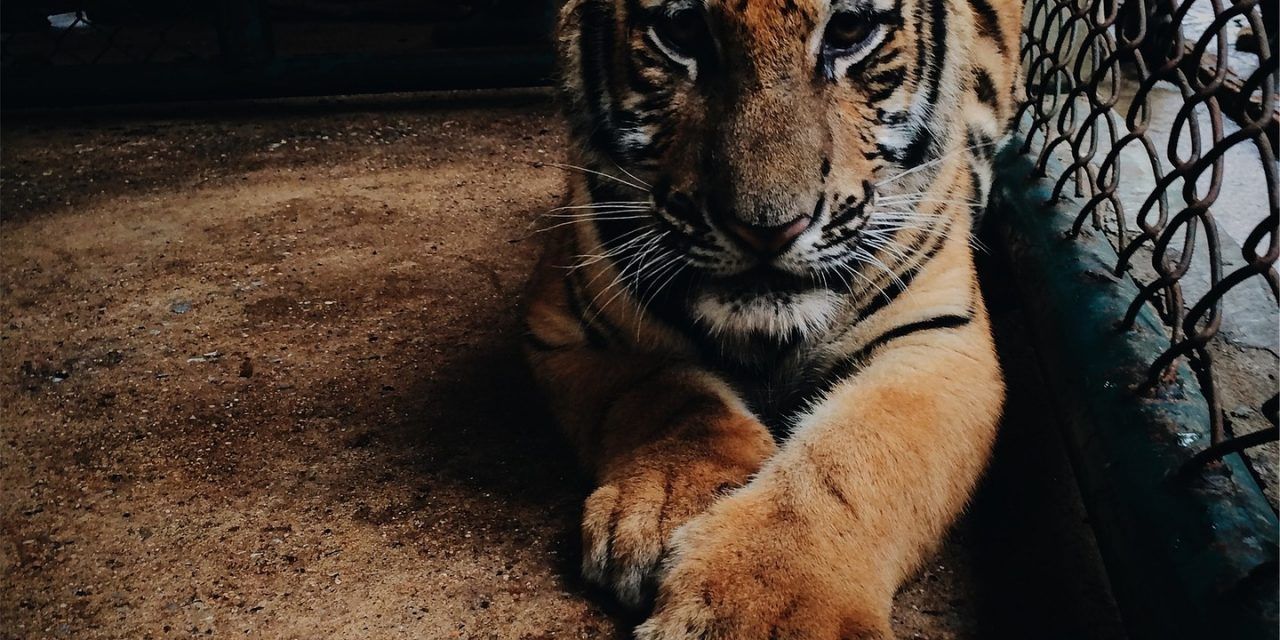 One high school decided to take end-of-year prom entertainment to a whole new — and very cruel — level. At the DoubleTree by Hilton Hotel Miami Airport and Convention Center, students gawked and screamed as a tiger was wheeled across the dance floor in a small cage.

While the theme for Christopher Columbus High School prom was ‘welcome to the jungle’, the use of exotic animals for entertainment is brutally cruel.

Maria Castellanos, a parent, criticized the “surprise entertainment,” sharing her concerns for the safety of students as well as the tiger.

Castellanos said, “the reason [the tiger] is pacing up and down and his ears [are] going back is because he is showing you distress.”

The school initially dismissed all criticism by claiming that “the tiger, which was displayed for a few minutes in a cage, was never harmed or in danger, was not forced to perform, was always accompanied by his handlers, and for the great majority of the time, was laying down in a relaxed state, facing away from the audience.”

However, the footage suggests otherwise. The video, obtained by Local 10, shows the tiger pacing restlessly from corner to corner in its small cage as performers dance with fire sticks.

As rightly said by Castellanos, “animals are not entertainment.”

The school also “entertained” prom-goers with two macaws, a lemur and an African fennec fox.

“The saddest part of it all is teaching the children that there is no merit to the life of that animal — that that animal doesn’t deserve any better,” Castellanos said.

The animals at Christopher Columbus school prom were treated as if they were no more than decoration. This perception of animals is outdated and suggests that animals deserve no more respect than objects to be exploited for our own amusement.

Sadly, there are around 5,000 tigers living in captivity in the US, which is more than all wild tiger populations across Asia.  More often than not, tigers are ‘stored’ in cramped conditions with neither the respect or care they deserve.

David Pugh, the high school’s principal, has since released a statement on the school website apologizing for the “decision to have had live animals at our prom.”

Pugh continues to say “we can assure the Columbus community and all who have expressed concern that we are sorry. We have learned a great deal from this experience.”

We hope other schools are listening, and will keep animal cruelty away from school events.