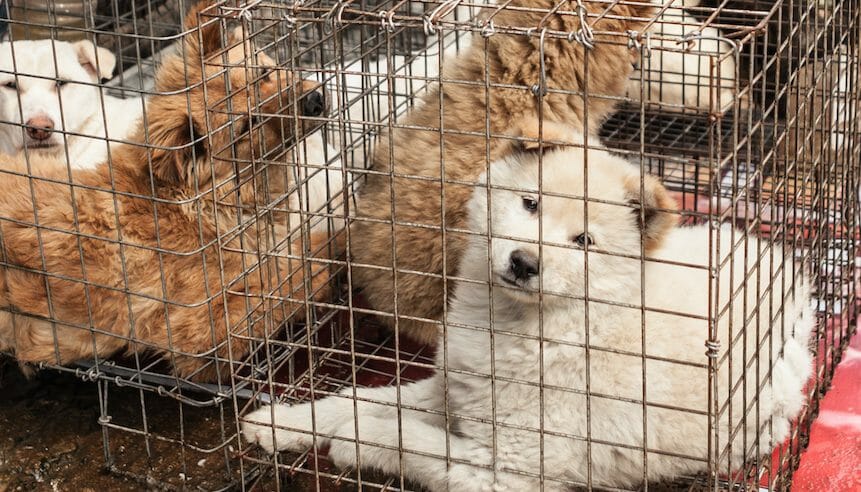 In a historic step forward for animal welfare and human health, Shenzhen has officially become the first city in China to ban the sale and consumption of dogs and cats.

This encouraging legislation, which will go into effect on May 1, follows China’s ban on the sale and consumption of wild animals, which passed amid the coronavirus pandemic after a clear link was established between the origin of COVID-19 and a Wuhan seafood market that sold a menagerie of exotic species. Shenzhen’s dog and cat meat ban will extend to restaurants, shops and markets.

“Dogs and cats as pets have established a much closer relationship with humans than all other animals,” said an order posted by Shenzhen’s city government, “and banning the consumption of dogs and cats and other pets is common practice in developed countries and in Hong Kong and Taiwan. This ban also responds to the demand and spirit of human civilization.”

Despite the practice of eating dogs and cats being relatively uncommon – a majority of Chinese citizens never have nor want to partake in consuming companion animal meat – millions of dogs and cats are slaughtered every year in China. That number could drop dramatically if other cities follow the path now pioneered by Shenzhen.

Thank you to the over 40,000 supporters who signed the petition to urge Shenzhen to adopt this new policy and the over 170,000 who have signed to end China’s dog and cat meat trade for good — as well as the countless animal activists working toward this around the world. Thank you especially to the government of Shenzhen, and every Chinese citizen who has opposed the dog and cat meat trade.

If you haven’t signed yet, add your voice to help save millions of dogs and cats from needlessly suffering a torturous death in China’s meat trade.