Home » Animals » Cheetahs Will Return to India Over 50 Years After Going Extinct in the CountryBy Holly Mills | June 14, 2021 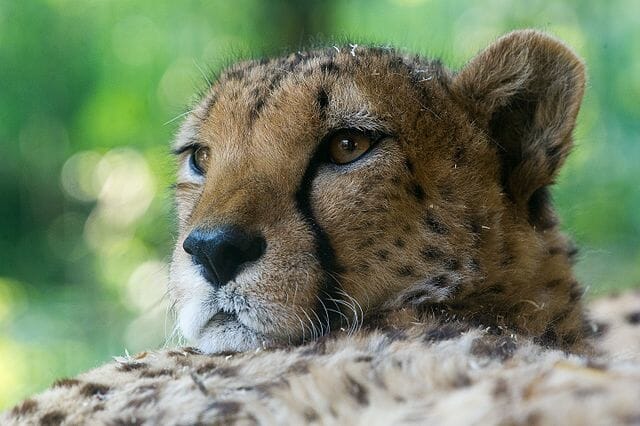 Over 50 years ago, cheetahs went extinct in India due to hunting, habitat loss, and predators. Now, a project hopes to bring them back to the country for the first time since they disappeared.

Eight cheetahs — five males and three females — soon will make the more than 5,000 mile journey from South Africa to a national park in India.

Officials will re-introduce the cats to the park in a soft release. The male cheetahs will be released first while the females stay in the enclosure on-site, which will keep the males nearby while they adjust to the new environment.

The reintroduction of cheetahs in India will hopefully not only allow the cats to repopulate their former habitat but help with India’s climate change issues by serving as a mascot for habitat conservation.

Researchers have found that using well-loved animals as a mascot increases positive reactions and financial engagement in fundraising projects. Ecologists hope that bringing cheetahs back to India will garner attention for the country’s threatened grasslands.

According to Conservation India, habitat loss is a growing problem due to India’s population growth and development. India is currently the second most populated country on earth but is projected to surpass China by 2027, according to the United Nations. The country’s carbon emissions continue to rise.

“The venture must be viewed not simply as an introduction of a species, however charismatic it may be, but as an endeavour to better manage and restore some of our most valuable yet most neglected ecosystems and the species dependent upon them,” said Dr. Yadvendradev Jhala, one of the leaders of the cheetah project.

Dr. Jhala hopes the project will send more than 40 cheetahs to India over the next five years.

While this initiative does not solve the threats that led to the cheetahs’ extinction in the first place — including climate change and habitat loss — this approach is a positive step in the right direciton.