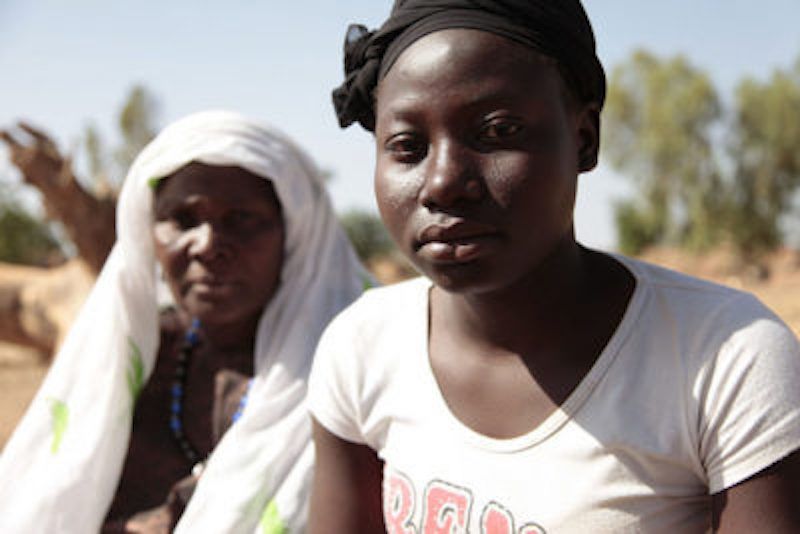 For many Kenyan girls, summer holidays bring a heightened risk of FGM (female genital mutilation), the painful practice of cutting the labia and/or clitoris.

To raise awareness of the dangers of FGM and help victims, ActionAid UK has launched a campaign aptly named Brutal Cut. The initiative invites people to “disrupt” one of their selfies on social media with a message from Kenyan girls at risk of facing the procedure.

“FGM is one of the most serious violations of human rights and a horrific form of violence against women,” said ActionAid Chief Executive Girish Menon in a press release.

So far, celebrities like Britain‘s Got Talent judge Alesha Dixon, actress Katherine Kelly, and actress Joanne Froggatt (among others) have participated in the campaign.

Because of its dangerous effects, FGM is forbidden by the Convention on the Rights of the Child (CRC) and has been banned by the United Nations since 2012.

In most cases, FGM is practiced on girls under 15 — and the UN Committee on CRC considers these girls too young to give an informed consent (when consent is asked at all). When older women consent, the reasons are mostly rooted in fear of discrimination by their family and community.

Despite the ban, FGM is still widespread.

According to a report from UNICEF, more than 130 million women have experienced FGM in 29 countries in Africa and the Middle East. Additionally, approximately 180,000 girls are at risk of FGM in Europe every year.

In an important step toward ending FGM, the Nigerian Government made the practice illegal in 2015. The ban is significant coming from a country where at least 25% of women had undergone the procedure. Nigeria has also been an important political player in the area, hence many expected the ban would trigger a domino effect to nearby countries. This has not yet happened; thus, the importance of maintaining and increasing public awareness.

“Every day, women’s rights groups work tirelessly to bring an end to FGM for good – through educating communities, supporting victims and bringing legal cases to court,” says Menon. “And we all have a role to play in supporting them.”
[ajax_load_more post_type=”post” posts_per_page=”1″ max_pages=”0″]