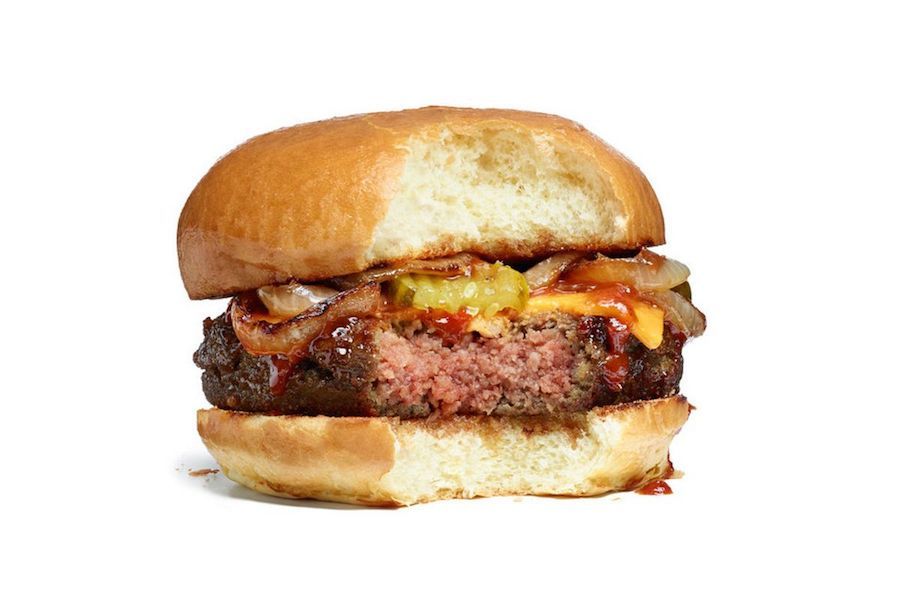 The U.S. Cattlemen’s Association (USCA) has filed a petition with the US Department of Agriculture (USDA), Food Safety and Inspection Service (FSIS) to define the words “beef” and “meat” as products of animals “raised, harvested, and processed in the traditional way” in order to exclude companies — particularly Beyond Meat and Impossible Foods — from using the words “beef” or “meat” in their labeling.

This ridiculous petition seemingly stems from the beef industry’s fear that it’s losing out to plant-based foods that are better for the environment and kinder to animals.

Citing the Federal Meat Inspection Act (FMIA), the USCA calls on the Secretary of Agriculture to protect the public from “false” and “misleading,” labeling, positing that the labels of meat and beef on vegan products mislead consumers into thinking that they’re purchasing animal products: “Current labeling practices may cause consumer confusion in the market place.”

The initial flaw in this argument is the use of the word “meat.” The definition for meat isn’t strictly related to the body of an animal (nuts have “meat,” too). And although the USDA does use the word to describe what constitutes food when outlining regulations for animal products suitable for human consumption, those rules are about defining safe food and protecting people from illness — not about protecting the beef industry.

And while there isn’t readily available evidence to support the aforementioned “confusion,” there is a lot of data proving people are making a conscious choice to purchase vegan products. Reports indicate a surging demand for plant-based foods: 60% of the population has said they are cutting back on meat and 55% say it’s a permanent change. And a Global Data report found that 6% of the U.S. now identifies as vegan: a skyrocketing 600% increase from 2014-2017. People buy plant-based products because they want them, not because they’ve been deceived. But since there really isn’t any way for the USCA to eliminate this competition, it has resorted to a faux concern for consumers as the crux of its case.

But the vegan food trend isn’t likely to stop. Even Hellmann’s now has a vegan dressing and spread similar to its “Real Mayonnaise” on the market, despite the fact that its parent company, Unilever, battled for a year against Hampton Creek’s usage of the word “mayo” on its “Just Mayo” vegan mayonnaise. Eventually the case was dropped and Just Mayo was allowed to keep its label with a clear adjustment that its product was egg-free.

The USCA wants to avoid plummeting sales as clean meat and plant-based meat become the norm, which is their true motivation for pushing back against vegan alternatives:

“USCA is concerned with the recent introduction and development of alternative products that are being marketed or may be marketed as though they are ‘beef,'” says the petition. “Though initial costs for these products were exorbitantly high, costs are rapidly decreasing and expected to be commercially sold by 2020…The proliferation of synthetic products is expected to continue, with an increasing number of synthetic products entering the market and displacing the market share of traditional beef products.”

But it’s illegal to assert a monopoly on our food supply and block our choice for a healthier option. We know animal agriculture is a primary culprit in our fight against climate change. Not eating meat should be a priority in our attempt to confront this head-on.

Is eating animals “processed in a traditional manner,” including a life of torture, abuse, and confinement, really something we should be striving for as a society? Shouldn’t the USDA, in the interest of the health of the people it’s supposed to protect, be pushing for more, not fewer, plant-based food sources?

What sounds more appetizing: Contributing to the safety of the planet, your health, and fellow animals, or eating the flesh of a slaughtered cow, adversely affecting your health and contributing to the planet’s destruction? It’s an obvious choice for millions of people who have already given up eating animals. It’s inspiring to see what demand for change can bring — and the USCA petition only reflects the growing demand for cruelty free food. Whatever its result, people have decided to change their diet, and the words “beef” and “meat” aren’t going to stop them.