‘Cat with No Nose’ Desperate for a Home 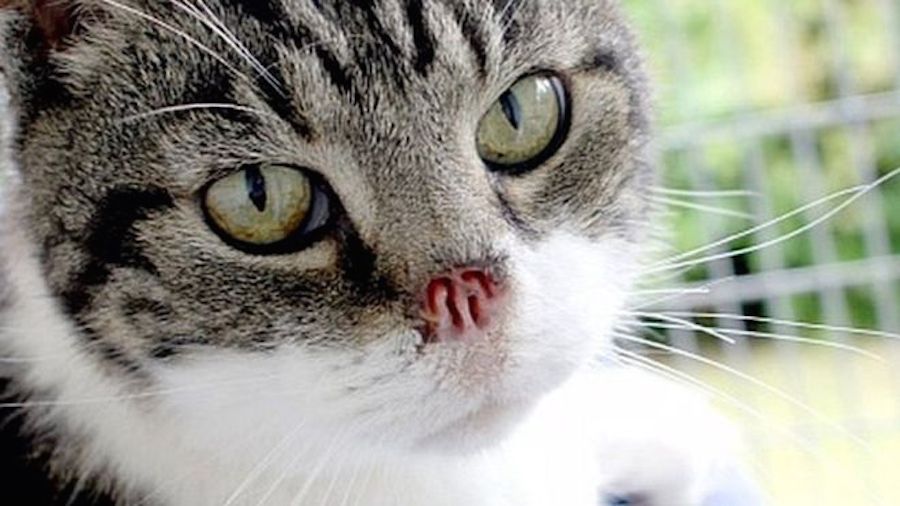 Dave, the “cat with no nose,” ended up at Bath Cats and Dogs Home in Somerset, England after his owner had to move to a retirement home and was forced to leave him at the rescue shelter. Now, he’s having a difficult time finding a new home due to his unusual appearance.

“Dave is beautiful but sadly due to his looks he’s struggling to find a home,” said Bath Cats and Dogs worker Rachel Jones.

Dave, a 14-year-old tabby, had a portion of his nose removed due to a tumor. But he is in fine health, and gets along just fine despite the loss. “It doesn’t affect him at all and he doesn’t need specialist care – he just looks odd,” said Jones.

Jones added, “He’s a very loving cat and just waiting for someone to overlook his unusual feature and give him a forever home.”

Sadly, cats (and dogs) like Dave who look different are often perceived as having “defects,” and ignored by would-be adopters. Older animals face similar difficulties.

But these animals often make the best new family members, offering plenty of affection and possessing the maturity to have outgrown behaviors like chewing on shoes or clawing up furniture.

Here’s hoping Dave is adopted by someone who sees how beautiful he really is.