Having a Cat Protects Babies From Getting Asthma, Study Finds

Cats have long been dealt a bad reputation, with superstitions around them dating back to the Middle Ages when black cats were considered to be witches’ familiars, or even witches embodied. We may not believe this exact sentiment anymore, but black cats are still viewed negatively. Often associated with the month of October, and Halloween in particular, it is widely believed that seeing a black cat means bad luck for the witness. 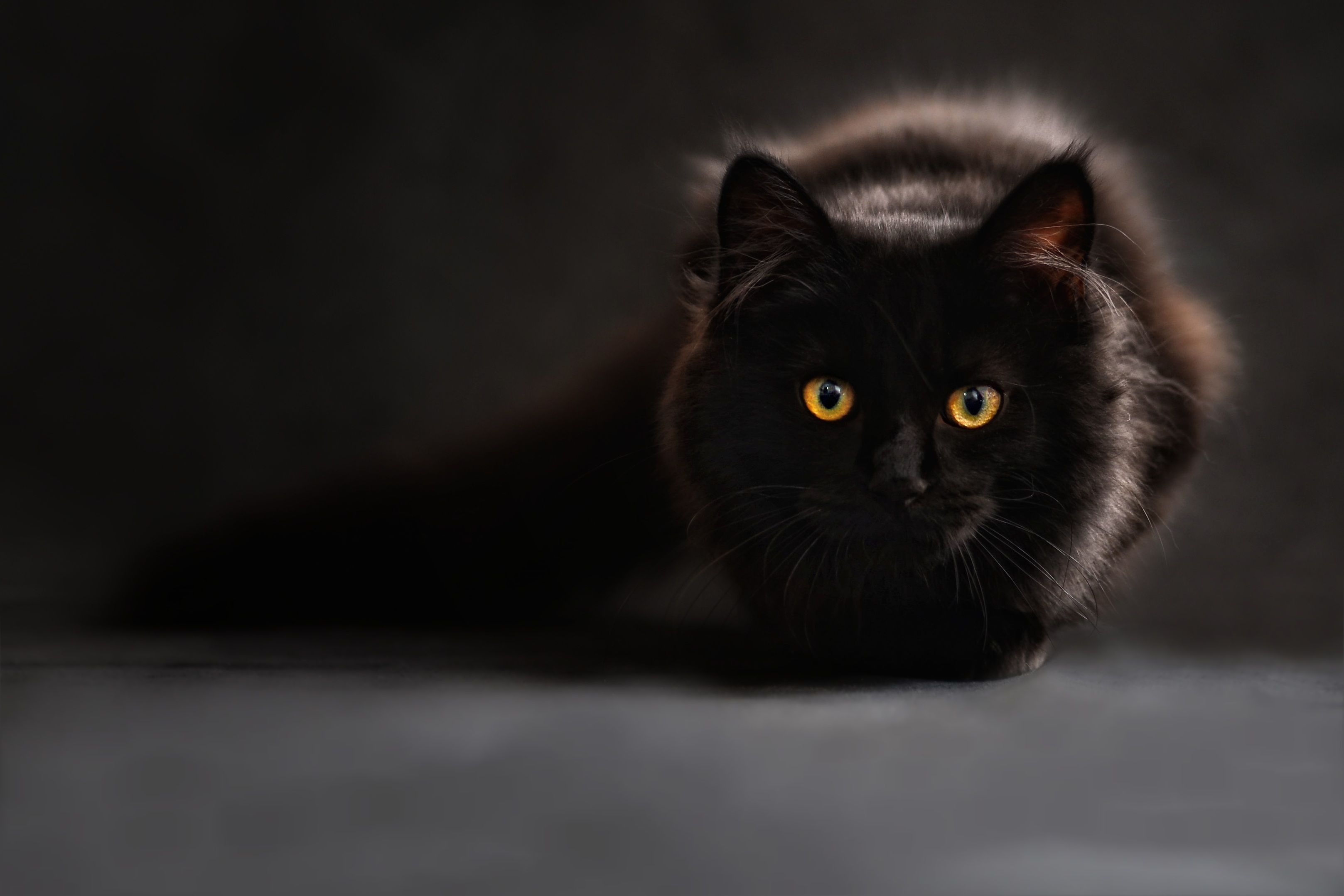 Another myth is that cats will suck away a baby’s breath, eventually suffocating them to death. There are two reasons people believe a cat might kill a baby this way. The first is that the cat becomes jealous of the attention received by the mother, and so out of spite it murders the baby by laying across its face while it sleeps. While it’s easy for us to anthropomorphize animals, often attributing their behavior to human motives such as revenge, this scenario is highly unlikely. The second reason revolves around the smell of milk on a baby’s breath, leading the cat to kill the baby. Again — a ridiculous theory.

Despite being incredibly outdated and based purely on fear, both of these myths somehow retain some amount of credibility in today’s world. In fact, the idea that a cat will kill a baby is held onto so tightly that many parents will actually keep a cat out of the home when they have a newborn.

Well, fear no more! Your feline friend isn’t going to “suck away” your baby’s breath — in fact, it will actually do the opposite.

A study by scientists from the Copenhagen Studies on Asthma in Childhood Research Center (COPSAC) in Denmark has recently revealed that cats prevent at-risk babies with the “asthma gene,” 17q21, from ever suffering from the disease.

In other words, cats help keep asthma-prone kids from getting asthma. 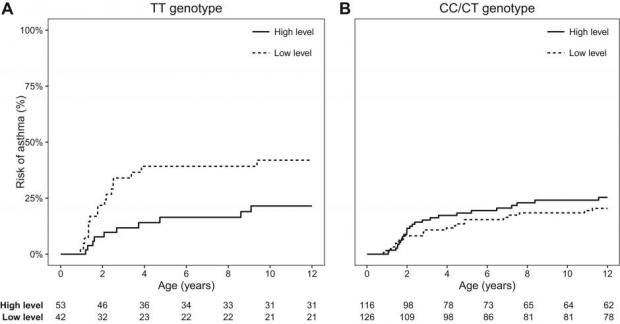 In their research, the scientists studied 377 Danish children with mothers who have asthma. The results showed that the gene was deactivated in children who had been exposed to cats as babies.

The study also included dogs, but surprisingly, only cats have the ability to switch off the gene! 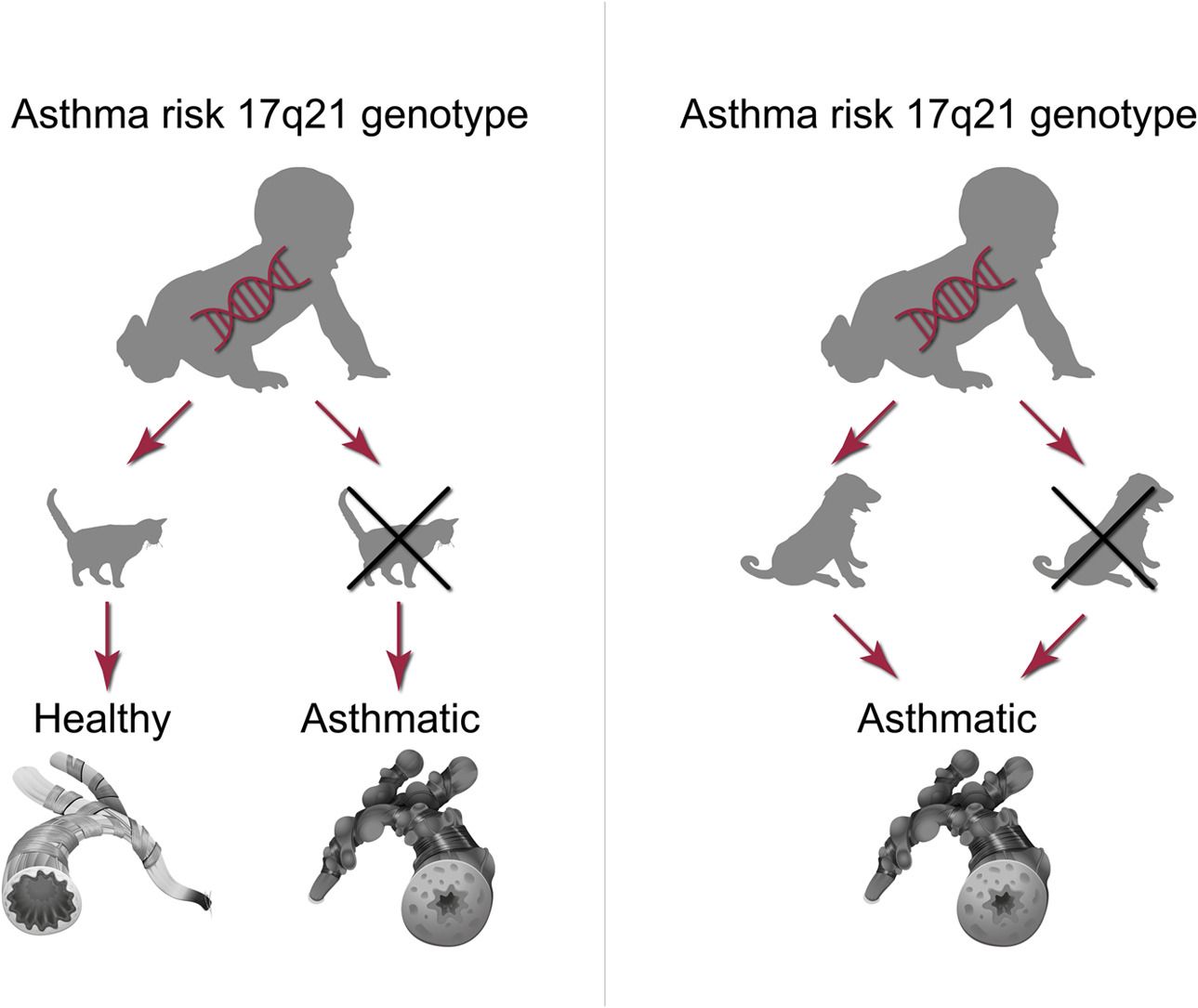 Many questions still remain unanswered, however.

How much exposure to a cat does a baby need?

The scientists are still speculating on this, and more research is needed to form a conclusion.

What is it about cats that neutralizes the gene, and why don’t dogs in the home provide the same benefit?

Lead author of the study Jakob Stockholm suggests that the fungi and bacteria brought into the home by the cat may be the reason; but again, this is so far inconclusive.

This is highly intriguing information, and while more research is to be done, the fact is that cats can provide many wonderful benefits to your household, and to your baby! Yes, some precautions are necessary — your cat’s (or any other animal’s) baby-time should still be supervised — but kitty and baby can share your home in harmony. 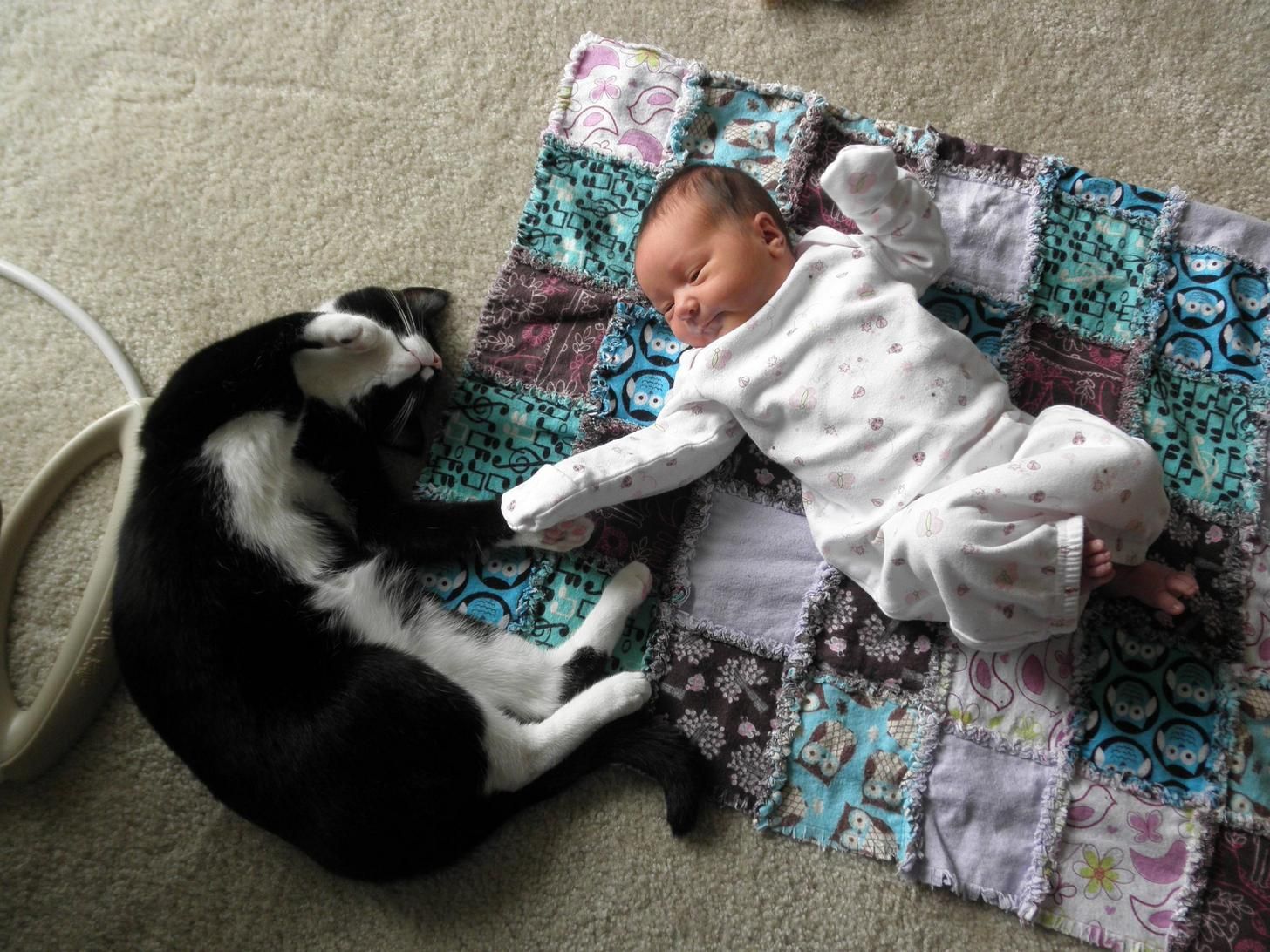 It’s time to throw out the old myths and bring more feline friends into our lives. Cats make sweet, adoring companions, and knowing the love and benefits they can bring to your family, you (and your baby) can breathe easy with a cuddly kitty snuggling up next to you.