Cat, Dog, and Rat Best Friends Refuse to be Separated 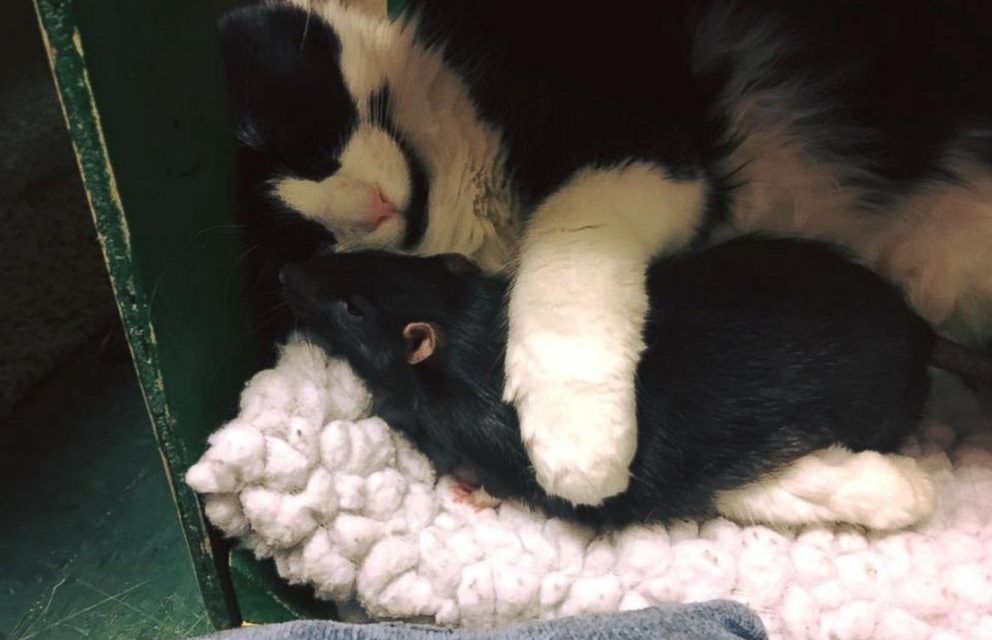 An unlikely trio of animals was adopted after refusing to be separated at a Wisconsin animal shelter.

Sasha the dog, Jack the cat and Tweaks the rat, known as the “Rat Pack,” were adopted together by Kathy Berens and her daughter on April 7th. 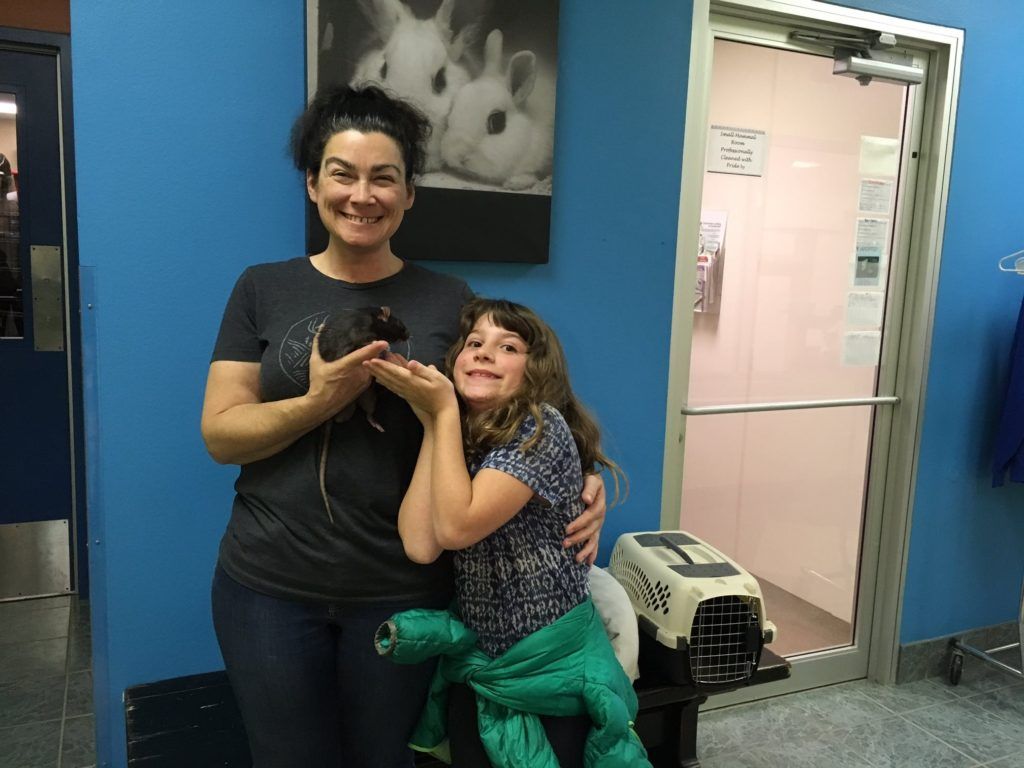 The previous owners of the Rat Pack had to move and were unable to bring the trio along with them. They brought the gang to the Oshkosh Area Humane Society (OAHS) on March 1st, and mentioned that the animals had a special bond.

After the 3 arrived at OAHS, they needed to be medically examined. When Jack was brought into the exam room, however, he became frightened and uncooperative.

Cari Tetzlaff of the Oshkosh Area Humane Society mused, “It was immediately obvious to us that Jack was extremely unhappy. A staff member had the idea of putting the dog back with Jack to see if it’d have a positive impact.” As soon as Sasha was in the room, Jack instantly felt more comfortable. 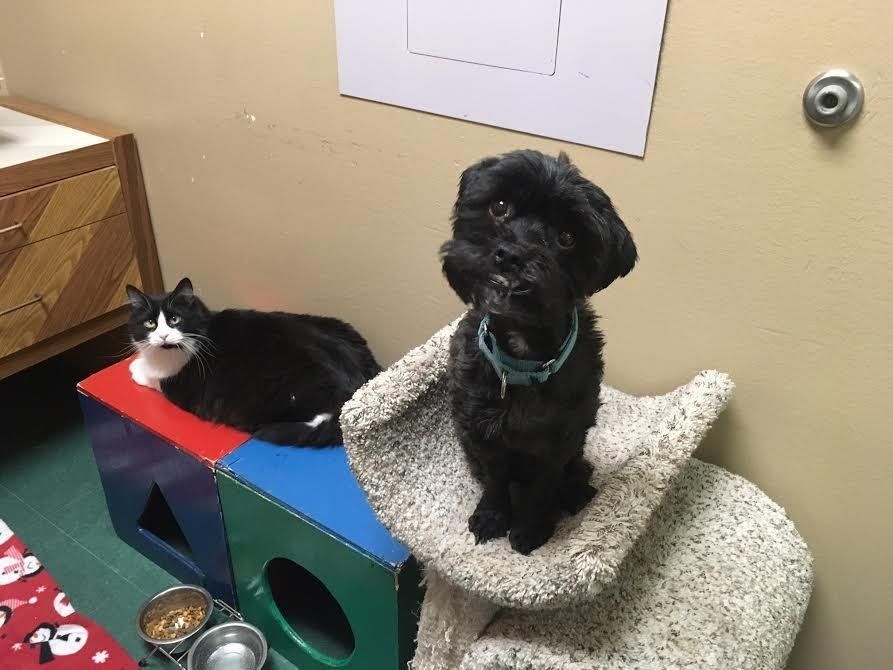 Chreyl Rosenthal, communications and education coordinator at OAHS, reported that when Tweaks was brought in, a similar reaction occurred. Sasha instantly started wagging her tail, and Tweaks was licking his face. Tweaks was even grooming the top of Sasha’s head. During their 3 weeks in the shelter, the trio shared cuddles, food, and an emotional bond that was undeniable. 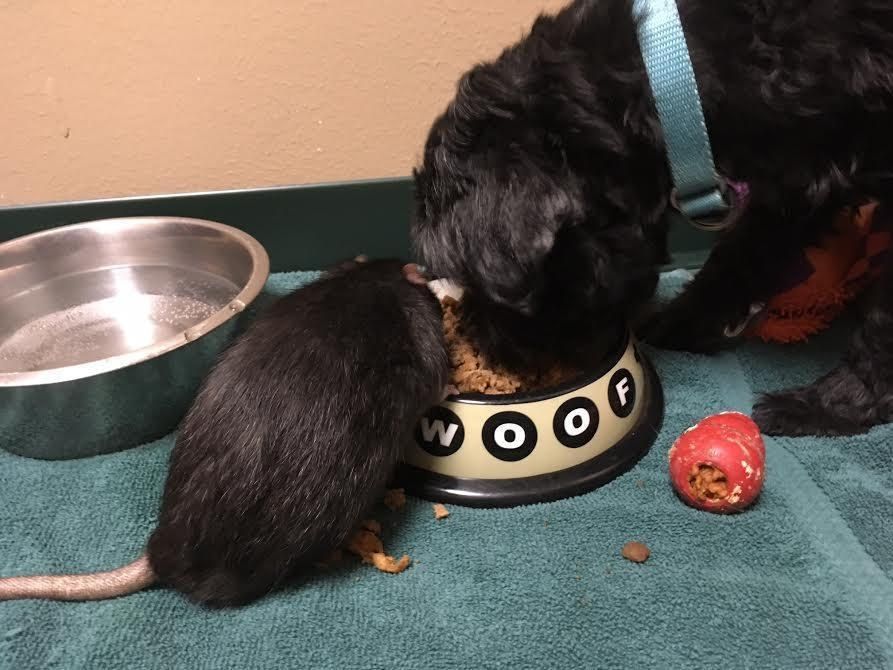 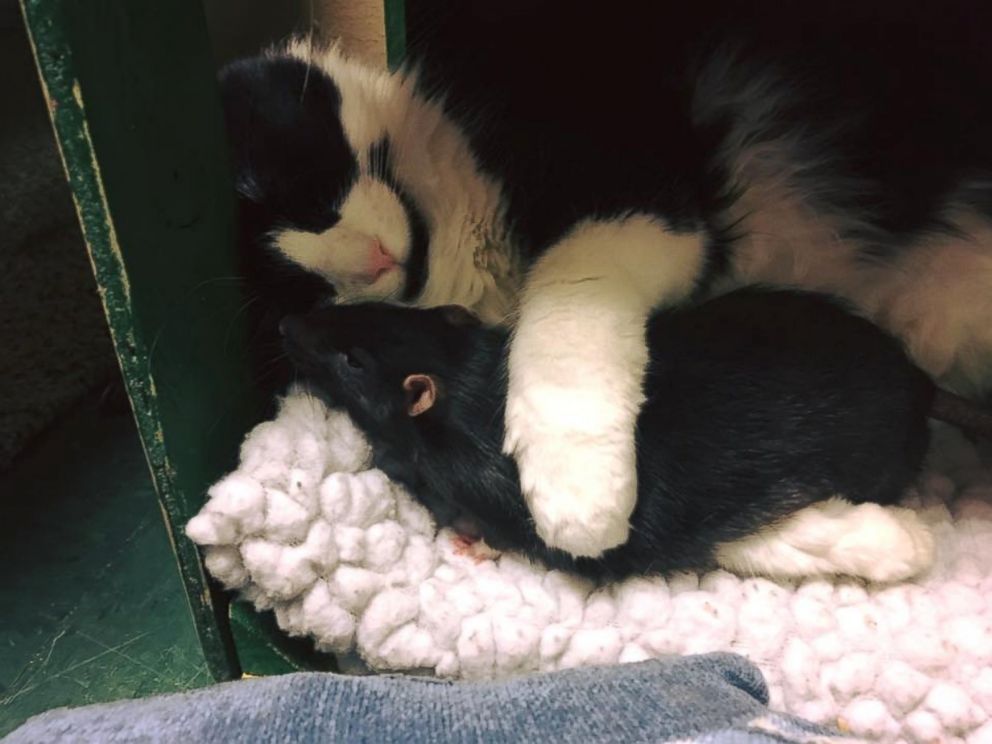 Photos of the animals have garnered much attention on social media – their photos have been liked more than 1,000 times on Facebook. OAHS announced on April 7th, “The Rat Pack has left the building!” 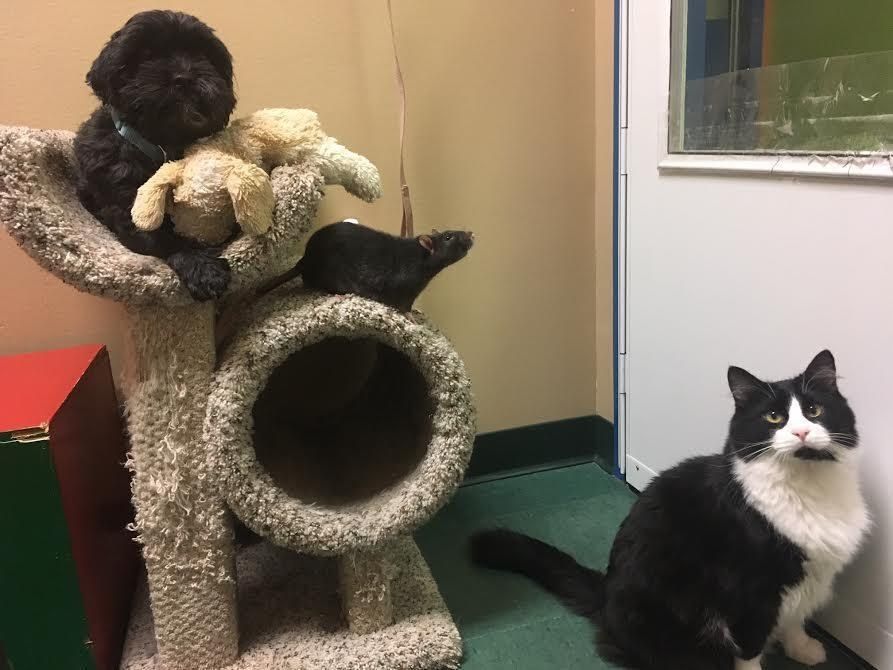