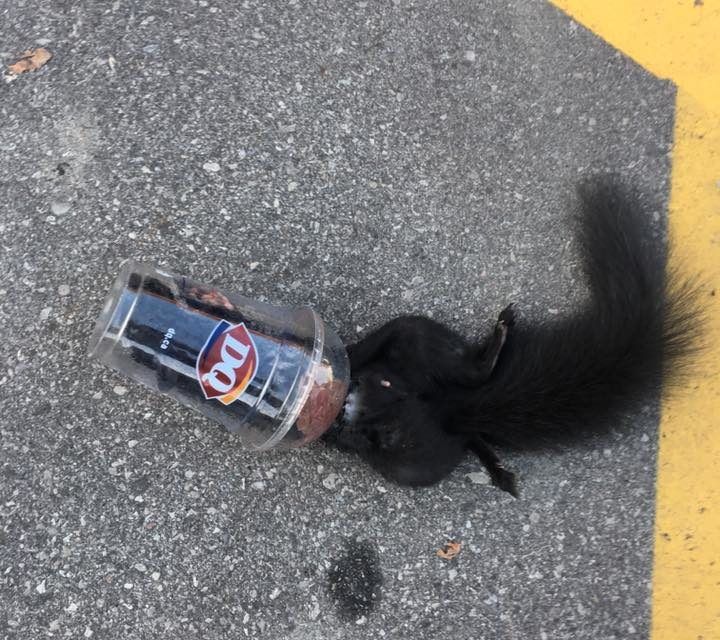 In Ontario, Canada, a man named John Taylor was getting into his car in the parking lot of a convenience store when he noticed a black squirrel struggling to break free from a plastic cup.

“When he saw me, he panicked and started to squeeze all the way into the cup,” wrote Taylor in a Facebook post. “I picked him up and brought him over to some grass and then helped him extricate himself.”

This was no easy task for Taylor, as the squirrel had gotten half of his body through the opening of the plastic dome lid and into the cup.

Thankfully, the rescue ended successfully and the squirrel was set free.

This story has a happy ending, but in the case of many other animals who encounter litter, it can mean serious injury or even slow, painful death, as Taylor pointed out.

“If you’re going to litter or even toss cups like this in a garbage that animals have access to, pop the lid off first,” Taylor said. “Poor little guy would’ve died a miserable death on a very hot day if I hadn’t noticed him.” 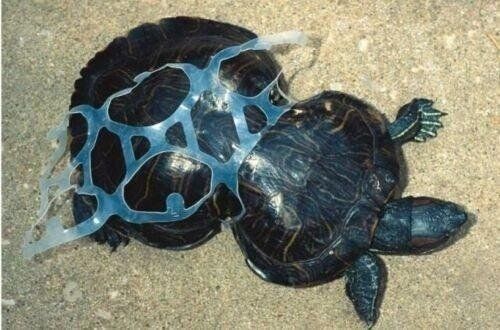 Our trash can be extremely detrimental to both wildlife and domestic animals.

While litter is a huge problem for the planet and animals, other refuse poses a threat, too. Around 250 million tons of trash is thrown away in the United States each year, and although some makes it to landfills, much finds its way into our oceans, forest, and other wildlife habitats.

According to Whale and Dolphin Conservation, over 1 million birds and 100,000 sea turtles and marine mammals die from encounters with plastic. Many more land animals suffer similar fates. 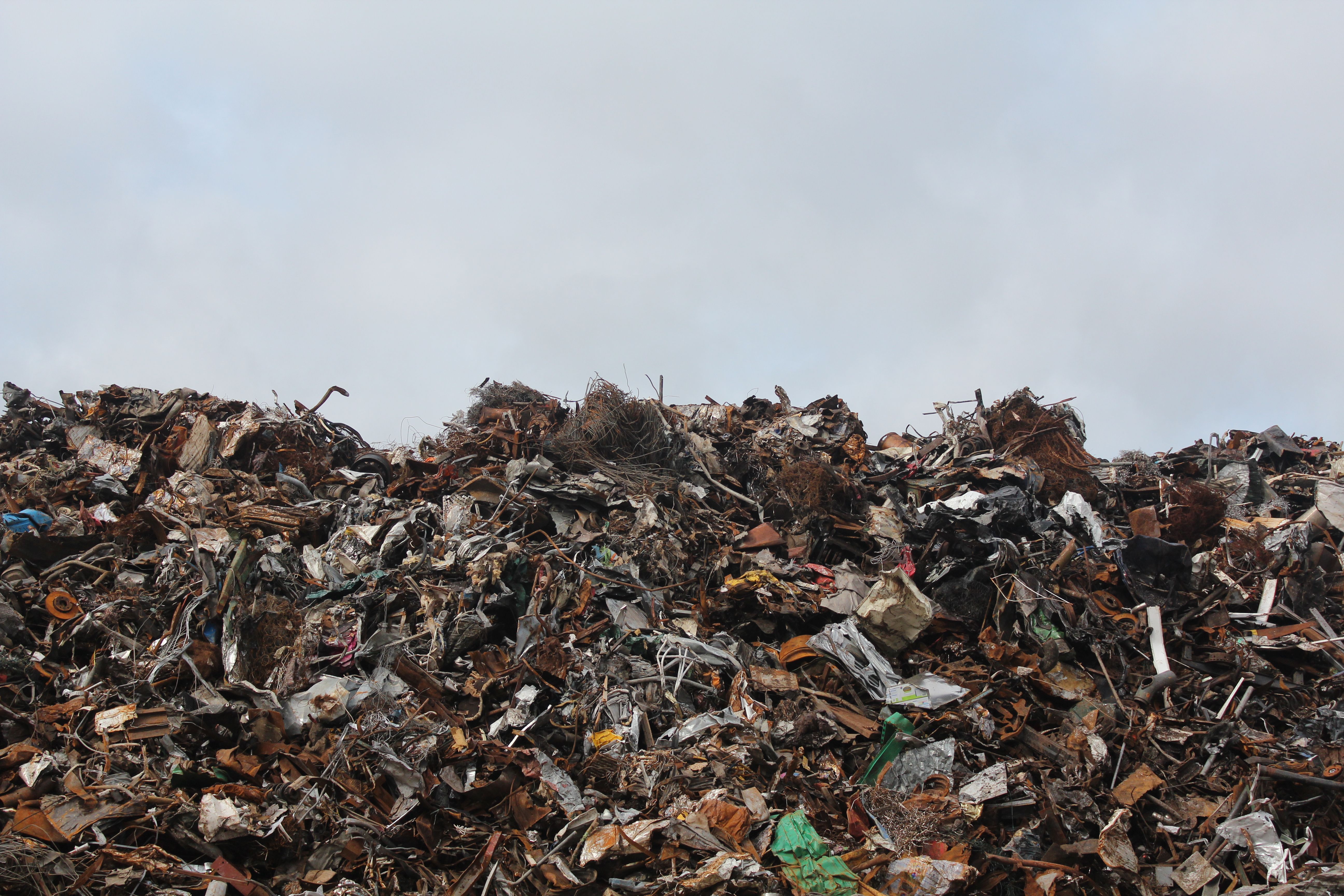 Horror stories of whales washing ashore with stomachs full of plastic bags, seals with soda rings wrapped tightly around their necks, and dogs with their heads stuck in jars are just a few examples of why we need to be aware of the impact we make on the earth, and do what we can to minimize the problem.

Luckily, there are simple steps we can take every day to prevent these tragedies from happening.

Check out this checklist to see how you can help protect animals from our trash.