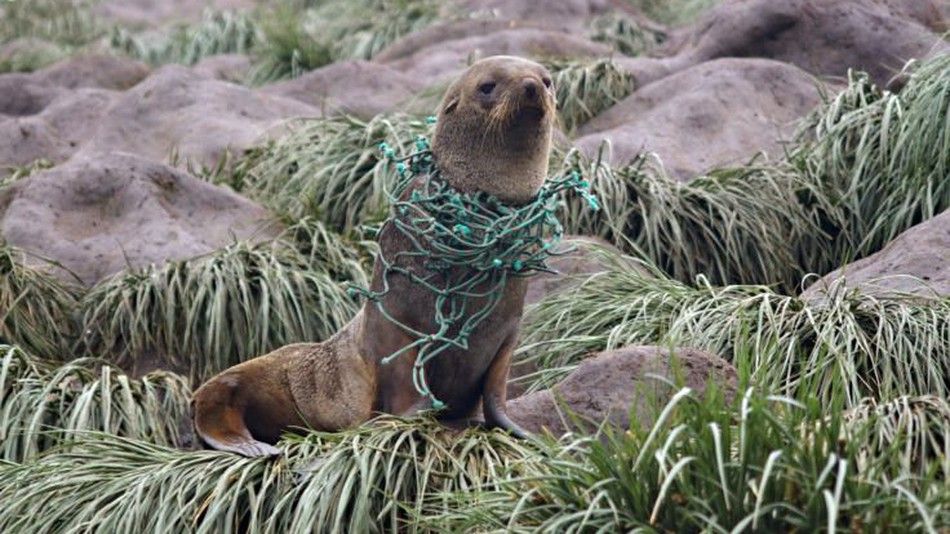 The Southern Ocean was thought to be immune from contamination from microplastics, but a new scientific study from the University of Hull and British Antarctic Survey (BAS) reveals levels of microplastics in the Antarctic marine system five times worse than supposed.

According to Dr. Catherine L. Waller, lead author of the study and scientist from University of Hull:

“Antarctica is thought to be a highly isolated, pristine wilderness. The ecosystem is very fragile with whales, seals and penguins consuming krill and other zooplankton as a major component of their diet.

“Our research highlights the urgent need for a co-ordinated effort to monitor and assess the levels of microplastics around the Antarctic continent and Southern Ocean.”

The Antarctic is relatively devoid of human activity. But the levels of microplastic pollution detected in the Southern Ocean’s surface waters and deep sea sediment are disturbingly equivalent to those found in oceans of heavily populated areas. Especially taking into the account how little human activity there is, the local causes of microplastic pollution, such as research stations and fishing and tourist ships, can’t account for the massive contamination found. The scientists conclude that plastics from outside the region are likely contributing to its pollution and argue the urgent need for continued research.

Microplastics are plastic debris that are less than five millimeters in length, roughly the size of a sesame seed.  They are manufactured plastic pieces added to cleansers and personal care products, like toothpaste, for exfoliating purposes. They can also be a result of sewage and the degradation of larger pieces of plastic debris, such as bottles and clothes, or they can spill into the the ocean off of industrial transport.

The Polar Front within the Antarctic Circumpolar Current was previously considered a natural barrier for Antarctica but it seems debris has made its way past this protection. The Arctic Ocean is surrounded by industrial activity and is affected by the more heavily trafficked Pacific and Atlantic waters. Without any currents to redirect plastics, the unspoiled marine ecosystem of the Southern Ocean will inevitably pay the consequences.

We already know the damage plastic inflicts on marine life, but microplastics add insult to injury, increasing the surface area of plastic debris. As some plastics sink and some swim, plastic is vastly dispersed, exposing the ecosystem and the food chain to the detriments of infection and ingestion of the plastic.

There are minor, admirable attempts to address microplastics but they are only band-aids on a broken arm.  For example, the United States passed the Microbead-Free Waters Act of 2015 banning “rinse-off cosmetics that contain intentionally-added plastic microbeads” but that won’t take effect until 2018 and isn’t a solution for this global issue. As evidenced by this study, there really is only one global ocean.

No international marine legislation addresses microplastic pollution, including wastewater, despite the fact that it has been identified as a global conservation issue. The study states:

“International legislation controlling the use and release of microplastics has not kept pace with the emerging environmental consequences of their production.”

Recognized as early as 1970s, their effect on the Antarctic is unexplored; however, hopefully this study will change that in time to keep at least some of the natural oceanic habitat unadulterated.

The study concludes with a solicitation for research and monitoring of the Antarctic highlighting how simple the decision should be:

“To understand fully the sources and scale of this pollution would require an internationally coordinated effort with standardised or comparable sampling and extraction techniques for microplastics and observation and recording methodologies for macroplastics to map and evaluate circumpolar plastics distribution. Given that the required sampling methods are relatively simple (Lusher, 2015 ;  Desforges et al., 2014), we recommend that this could be done by using ships already deployed to the Southern Ocean for scientific and logistical purposes.”