Can We Eliminate Our Deadly Plastic Problem? 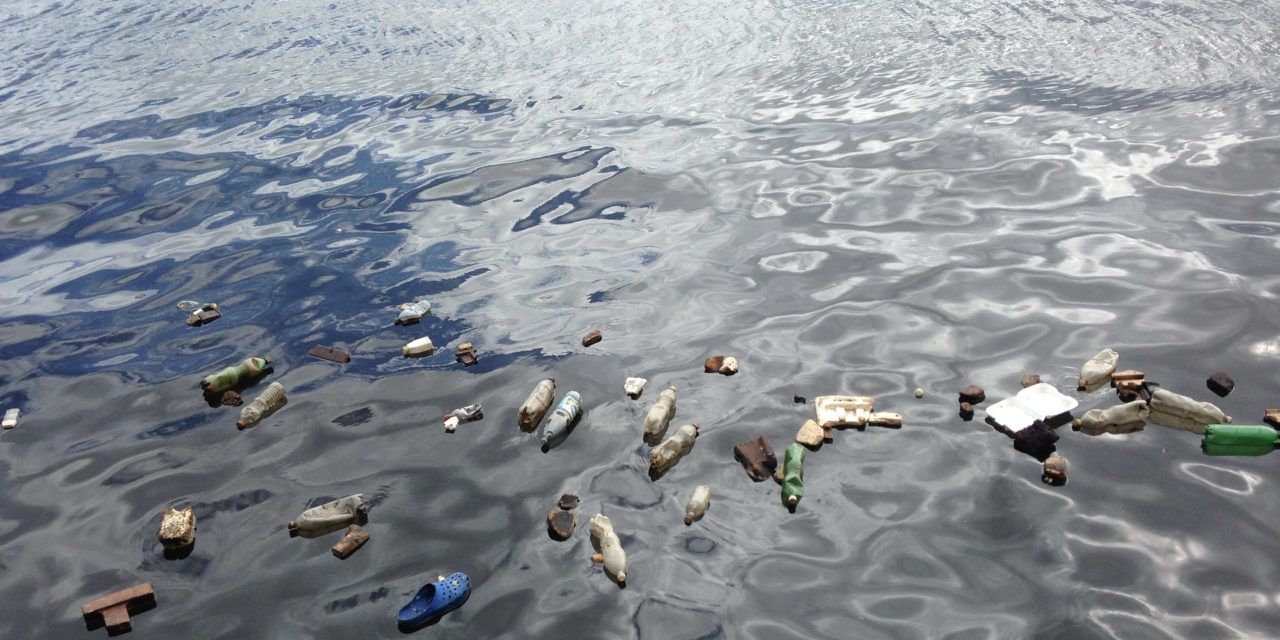 Plastic in the ocean, Courtesy of Pixabay

Humans are plastic addicts. Since the 1950s, Americans have been using plastic daily for many of our needs: grocery shopping bags, sandwich bags, storage bags, trash bags, and more. Too many items, including the aforementioned, are disposable and find their way to the oceans.

Unfortunately, our plastic consumption is increasing. During the last decade we have produced more plastic than in the entire twentieth century. Water bottles are a top offender. The first year data was collected on bottled water purchases was 1996, when 3.8 billion bottles were sold. In 2014, the number skyrocketed to 57.3 billion bottles of water. Producing a bottle of water involves using six times as much water as is in the bottle. These staggering statistics illustrate that we need to stop using plastic.

Plastic pollution endangers marine life. Many deceased sea creatures’ bodies contain plastics that they mistook for food. A turtle with a plastic straw stuck in his nostril was found desperately searching for someone to remove it. An endangered whale shark recently washed ashore with a plastic spoon in his digestive tract. Ocean inhabitants also get entangled in nets and other debris.

Ways we can clean the oceans and eliminate the plastic pollution

Countries need to ban the single use of plastics

The removal of the plastic in the ocean

The Ocean Cleanup is an organization founded in 2013 by Boyan Slat, an 18 year-old engineering student who invented the award-winning Ocean Cleanup Array. It will gather and remove plastic and other waste in the Great Pacific Garbage Patch. It is currently being tested in the North Sea.

Traditional methods of clean up use nets and vessels. The traditional process costs tens of billions of dollars and would take thousands of years. This new method aims to remove half of the garbage in the Great Pacific Garbage Patch within five years. The garbage is collected passively when the floating barrier is placed in circular currents called gyres. The gyres transport the floating device, allowing it to cover a large area. A solid screen catches the debris, and marine life can safely travel beneath it. Algorithms specify where to place the device. Real-time telemetry enables monitoring of each area. The cost is low because it doesn’t require upfront financing. The device will be updated gradually as the researchers discover which modifications are necessary. The expense is also low because electronic-like lights operate by solar power.

There are several other ocean cleaning methods as well. The Ocean Cleanup Array has been receiving the most attention because of the awards it has garnered.

Cleaning Up The Landfills

Millions of tons of plastic waste and tires are piled up in landfills and other places monthly. An exciting process called Pyrolysis converts plastic waste and tires into billions of dollars worth of oil. Objects are burnt at very high temperatures. The result is extremely high molecular vibrations. All of the molecules are stretched and shaken and the molecules break down into smaller molecules and ultimately produce oil. Renewable energy is produced from waste products.

Researchers have been experimenting with different materials to replace our current plastic products. Avani, a company in Bali, manufactures eco-friendly bags made of bioplastic that are 100% biodegradable, 100% compostable, and 100% earth friendly. They are produced from cassava root starch and other natural resins without using petroleum products. They completely biodegrade after three to six months by transforming into carbon dioxide and biomass. No toxins are produced from the process. The bags can be dissolved in hot water or softened in cold water. They can be also be burnt. The bags are safe for insect or animal consumption. People can drink them. Avani also manufactures biodegradable cups, food boxes, wooden cutlery, paper straws, apparel bags, rain ponchos, and laundry bags.

Cleaning up the oceans will require banning plastic, removing pollution from the ocean, and using biodegradable plastic. The good news is that we’re moving in the right direction. As more countries ban plastic, and the clean up efforts intensifies, we will succeed.